In line with the second half of 2020, 2021 is starting well for Volta with a January performance at +3.9%. Although most equity markets were hesitating between the positive but limited progress in terms of vaccination and the resurgence of the Covid-19 pandemic with its new variants, CLO markets were continuing to perform well based on more optimistic market views.

For example, in December, Moody’s upgraded 38 US CLO debt tranches and put on watch for potential upgrade 188 more. Fitch announced in January that it may consider positive revisions in the coming weeks or months following an overall review of the consequences of the Covid-19 crisis. Around year-end, new forecasts for default rates for the US and European loan markets were published and they were again revised downward. Although we are conscious that this default cycle is far from over (we still expect defaults in relation to the pandemic to spread at least to the end of 2022), default rates can be expected to be in the area of 3 to 4% per year. This level is clearly manageable for CLO managers. In the US, for the third consecutive month, we saw a decrease of the trailing 12-month default rate measure to 3.4% (2.1% in Europe).

As a consequence, Volta’s January performance was driven by its CLO buckets. The monthly asset class performances** were in euro: +-1.2% for Bank Balance Sheet transactions, +5.9% for CLO equity tranches; +4.1% for CLO Debt; +0.7% for Cash Corporate Credit deals (this bucket comprises funds that have a one-month delay in publishing their NAV); and +0.8% for ABS.

For months we have been highlighting that one consequence of the spread compression on CLO debt is to open the door for CLO refinancing and reset to reduce the average cost of debt that constitutes the embedded leverage for CLO equity positions. As of the end of January 2021, the total cost of debt for CLOs is at its lowest level for the last 2 years and, for Volta, we have started the process of refinancing or resetting some CLOs where we control the equity tranche. Combining US and European CLO markets, January 2021 was the most active January month in recent memory for CLO Refi and Reset activity and we expect the full year to remain very active.

In terms of cash flows, January was a solid month for Volta. Interest and coupons received totaled the equivalent of €7.6m. On a 6-month rolling basis, Volta received the equivalent of €20.4m to the end of January, representing a 16.1% annualised cash flow yield, based on the end January NAV (even taking into account the increase in NAV). We expect this income to increase in the coming months.

In January we purchased two recently issued European CLO equity positions in the secondary market for a total of €6.8m. On average and under standard assumptions, the projected yield of these purchases was close to 10.5 (not including potential upside in the case of Refi/Reset).

This combination of advantageous factors for our CLO Equity positions, which account now for a total of 65% of the NAV, alongside the likelihood of further spread compression in CLO Debt and other positions means that the outlook for 2021 and beyond is favorable for Volta.  There will, no doubt, be ongoing bouts of volatility in markets but we are optimistic that the NAV should reach €7.00 per share at some point in 2021 and then to €7.50 per share in the medium term. This, combined with an estimate dividend close to 8% of NAV represents an attractive return stream especially when considering the discount to the NAV at which the shares are still trading.

*It should be noted that approximately 3.0% of Volta’s GAV comprises investments for which the relevant NAVs as at the month-end date are normally available only after Volta Finance’s NAV has already been published. Volta’s policy is to publish its NAV on as timely a basis as possible to provide shareholders with Volta’s appropriately up-to-date NAV information. Consequently, such investments are valued using the most recently available NAV for each fund or quoted price for such subordinated note. The most recently available fund NAV or quoted price was for 1.9% as at 31 December 2020 and 1.1% as at 30 September 2020.

** “performances” of asset classes are calculated as the Dietz-performance of the assets in each bucket, taking into account the Mark-to-Market of the assets at period ends, payments received from the assets over the period, and ignoring changes in cross-currency rates. Nevertheless, some residual currency effects could impact the aggregate value of the portfolio when aggregating each bucket. 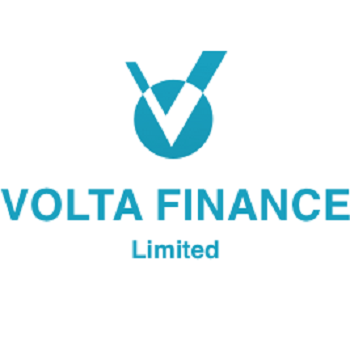 Prices for the highest-rated bonds backed by leveraged loans are creeping higher in trading markets, signaling that at least some investors are snatching up securities they see as cheap, and the debt may rally further.   Collateralized loan

How do collateralized loan obligations work?

Understanding CLO Collateral: Leveraged Loans A portfolio of loans act as the collateral supporting a CLO. The proceeds of these loans are typically used by non-investment grade borrowers to support a range of activities, including mergers and acquisitions,

What Is a Collateralized Loan Obligation? A collateralized loan obligation (CLO) is a portfolio of predominantly senior secured loans that is securitized and actively managed. Each CLO issues a series of floating rate bonds, along with a first-loss equity tranche.

Volta Finance: Cash is king and the king is rocking and rolling

Volta Finance Ltd (LON:VTA) is no different from any other investment company in that it identifies when the market has mispriced long-term cashflows. In this note, we examine its success in that current cashflows are at near-record levels

Volta Finance Ltd (LON:VTA) has announced a third interim dividend for the financial year commencing 1 August 2021.  The Company announces that it has declared a quarterly interim dividend of €0.13 per share payable on 20 October 2022 amounting to

What is the difference between a CDO and a CLO?

Collateralized loan obligations (CLOs), which are securitized pools of leveraged loans, may provide several attractive benefits within an income-oriented portfolio, including enhanced yields, structural risk protections and diversification. We believe CLOs are particularly attractive in today’s rising rate environment. They

Collateralized loan obligations (CLOs) are loans that are repackaged and bought by investors. These securities are backed by a pool of loans comparable to collateralized mortgage obligations (CMOs). With CLOs, the underlying debt is loans, as opposed to

Broadly syndicated loans to non-investment grade U.S. Corporations (“leveraged loans”) are widely misunderstood. A number of commentators imply that leveraged loans are shadowy corporate equivalents to pre-crisis sub-prime mortgages. We do not believe this to be true and

BofA Securities expects the CCC share of leveraged loans in collateralized loan obligation portfolios to increase by 0.5% to 0.7% in August as a result of a pick up in downgrades. In July, the pace of CCC downgrades in

With higher relative yields, a history of strong risk-adjusted returns, and protection against rising rates, there is a strong case for a strategic allocation to collateralized loan obligations (CLOs) within an income portfolio. In the upcoming webcast, CLOs: Lower

A look at leveraged loans and CLOs

Why invest in CLOs?

CLOs have historically offered a compelling combination of above-average yield, strong risk profiles, and the potential for strong upside appreciation. Over the long term, collateralized loan obligation (CLO) tranches have historically performed well relative to other corporate debt categories, including