XP Factory plc (LON:XPF), one of the UK’s pre-eminent experiential leisure businesses operating the Escape Hunt and Boom Battle Bar brands, has provided an update on trading for the year to 31 December 2022.

[1] Calculated as site level EBITDA divided by the total capex at sites, net of landlord contributions

2 Adjusted EBITDA calculated before IFRS16 Adjustments, before restructuring and exceptional costs and before pre-opening costs.

2022 represented a transformational year in which the Board set ambitious targets to grow our newly acquired Boom Battle Bar business whilst continuing to grow Escape Hunt.  The targets set for new site roll outs were achieved and today the Group has critical mass in both its Escape Hunt and Boom Battle Bar networks.

Sales for the Escape Hunt owner operated network rose 64 per cent to £9.9m for the year achieving record levels of sales in the final quarter, and in particular in December 2022, notwithstanding the 15 per cent VAT reduction in the 2021 comparatives.  Whilst H1 of 2021 was impacted by site closures during Covid, the growth in H2 2022 reflects 14.0 per cent underlying like for like growth3.

Margins in Escape Hunt have continued to surpass internal benchmarks, with the site level EBITDA margin expected to be in excess of 35 per cent for the full year.  The like for like EBITDA growth from the owner operated estate in H2, after normalising for the VAT reduction received in 2021, is expected to be approximately 53%.  This generated an annualised cash return4 on invested capital for the Escape Hunt UK owner operated estate of c.35 per cent.  The Escape Hunt Franchise network similarly experienced an improved H2 compared to 2021.

Turnover from the Boom Battle Bar owner operated estate was approximately £8.8m and royalty revenue from the franchise estate was approximately £1.5m.   Notwithstanding the impact of train strikes which affected the London sites on the strike days in particular, December performance gives us significant cause for optimism.  Notably, our flagship site in Oxford Street, London.  The site opened on 27 November 2022 and performance to date has been very encouraging with the site recording the highest weekly sales of any site in the network in only its third week of operation.   New sites are not expected to be profitable on day one, as operational performance in new sites gradually improves over time and revenue builds through awareness.  The older sites in our owner operated portfolio are now delivering consistent margins within the range the Board had previously expected, whilst newer sites are tracking in line with an expected maturity curve.  The Board therefore remain confident that the return on capital metrics from our owner operated Boom Battle Bar estate will be highly attractive and likely to be in excess of the excellent levels achieved in Escape Hunt, once landlord contributions are taken into account.  We have recently agreed terms on a fit-out funding facility of £3.3m to support additional site growth in Boom Battle Bar in 2023.  The facility is granted on a site by site basis and provides extended credit over a 48 month period directly from the fit-out supplier at 5 per cent over base rates.

Both acquisitions made during the year have performed very well.  The Norwich site, acquired in August 2022, has already fully paid back the cost of acquisition on a cash basis, whilst the Cardiff site, acquired in September 2022, remains a profitable, high turnover site which is expected to payback the full acquisition price within two to three years.  In the 16 weeks between the date of acquisition and the end of the year, Cardiff delivered 12.5 per cent like for like sales growth.

The turnover achieved within the Boom Battle Bar owner operated and franchise estate, together with the successful expansion to 27 sites during the year is expected to result in a substantial majority of the 25m earnout shares being issued to the vendors. The final earnout will be determined through the audit process, with the number of shares to be issued fixed and not impacted by share price movements. There is no cash consideration payable in respect of the earnout. Details of the earnout were set out in the Circular sent to shareholders dated 4 November 2021.

The timing of site openings, together with the seasonal importance of October to December, meant that the Group’s performance in 2022 was heavily skewed towards the last few weeks of the year and highly sensitive to any changes in opening dates.  The increased mix of sites towards owner-operated (11 actual vs 6 budgeted) paradoxically has a short-term adverse impact on profitability as we lose the benefit of up-front franchise fees and have to account for operating losses in the early weeks and months of operation while the businesses mature. However, despite this, and despite December’s train strikes having an estimated adverse impact of approximately £0.35m on EBITDA, the Group still expects to report an Adjusted EBITDA5, before IFRS 16, in line with expectations, at approximately £2.6m.  Cash balances at the year-end were £3.2m.

Commenting, Richard Harpham, Chief Executive of XP Factory plc said “2022 has been a transformational year.  We are delighted to have achieved our target of having 27 Boom Battle Bar sites open by the end of 2022 together with the further expansion of our Escape Hunt network. The platform that this combined estate sets up for the Group forms the basis for a profitable and cash generative group with very attractive return on capital metrics in future and provides options for us to deliver significant growth for all our stakeholders. In the current climate, we believe that our focus on providing value for money and a highly differentiated social experience resonates strongly.”

3 After normalising for the VAT benefit in 2021

4 Calculated as site level EBITDA divided by the total capex at sites, net of landlord contributions

5 Adjusted EBITDA calculated before IFRS16 Adjustments, before restructuring and exceptional costs and before pre-opening costs. 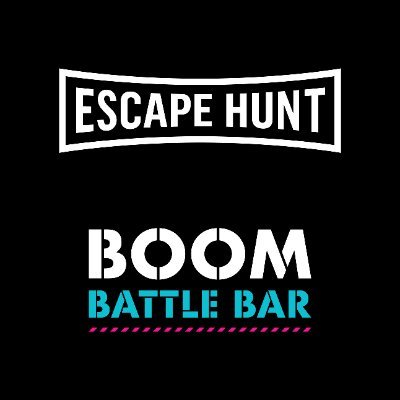 XP Factory plc (LON:XPF) CEO Richard Harpham joins DirectorsTalk Interviews to discuss results for the year to the 31st December 2022. Richard reminds us of what the two main divisions involve, talks us through the financial highlights, how the

XP Factory plc (LON:XPF), a group of leading UK experiential leisure businesses operating under the Escape Hunt™ and Boom Battle Bar™ brands, has announced the opening of its flagship site on London’s Oxford Street and to provide an

XP Factory’s Richard Harpham discusses the Cardiff Boom Battle Bar acquisition, its concept, the performance of Escape Hunt and what investors can expect in the coming months in this exclusive interview with DirectorsTalk.