A mixture of messages

As a youngster, our mum would occasionally treat us with a bag of “pick-n-mix” from the sweets counter at the old Woolworths. I say treat; we didn’t get to choose. I loved jelly babies, but the liquorice all-sorts were horrible. I seem to remember the weather being glorious when we went.

This week has felt like that. Economic data has been a bit of a liquorice all-sort. Retail sales were probably affected by the weather but the fall of 1.2% month-on-month was worse than most economists had thought likely. Maybe they didn’t see the snow. Below is a follow-up on last week’s article on the UK.

Last Friday night’s strikes on Syrian chemical-weapon-related targets had little reported collateral damage and, so far, no immediate retaliation despite the further strikes, most likely from Israel. We look at the Israel-Iran issue in more detail below.

Unfortunately, this story is not over, and is deeply tied up with Russia. Russia’s stock market actually did very well this week, up nearly 4% in sterling terms. However, that’s a bounce-back from quite deep lows; stocks are still 8% below the level of a month ago.

Sanctions are biting especially hard on Rusal, the second largest aluminium producer in the world. And that’s having swift and direct impacts on many global manufacturers. Their customers may want supplies but fear at best being bound up in US courts if they transact, and at worst faced with huge fines and loss of business. Rusal has refineries in Ireland and Sweden which are said to be at a standstill. Rio Tinto has been scrabbling for supplies of alumina for its Dutch facilities. German manufacturers have shortages of finished aluminium and say things are getting rapidly worse.

The sanctions imposed after the Ukraine invasion caused European milk farmers a lot of pain, from which they have only really recovered in the last year. It may be that these new sanctions will have some unfortunate impacts on us in home markets as well.

The price of aluminium and nickel for near-term delivery has risen sharply. So too has the price of oil. This seems to be largely due to seller discipline rather than middle-eastern conflict. OPEC and the Saudis have managed the crude price to levels that seemed unlikely at the start of the year.

This has coincided with a rise in yields in longer bonds across the developed world. After the softer patch of data in Europe and, to a lesser extent, the US, yields had fallen. The US 30-year yield dipped below 3% two weeks ago, from a high of nearly 3.25% in February. However, we’re back to 3.15%, amid a rise in both inflation expectations and real yields.

US economic data has also been mixed through this week, with various regional “leading” indicators being softer than anticipated. What has been strong has been demand for credit from businesses, according to weekly loan data from the Federal Reserve. Having languished with almost no growth through 2017, it suggests that business confidence is solid and sustainable. More importantly, it has a direct impact on the way banks buy and sell government bonds and may be behind the rise in yields. Banks clear out government bond holdings when corporate credit demand steps up, and so yields rise. 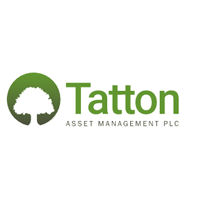 Tatton Asset Management plc (LON:TAM) is the topic of conversation when Robin Savage, research Analyst at Zeus Capital joins DirectorsTalk. Robin talks us through the key points from the company final results for the year ended 31 March

Tatton Asset Management plc (LON:TAM), the investment management and IFA support services group, has announced the Board appointment of Lesley Watt as a Non Executive Director with immediate effect. Lesley will serve on the Audit and Risk, Remuneration

What’s new: Full year trading update for Tatton Asset Management plc (LON:TAM) reveals full year results on 15 June will be “ahead of all analysts’ forecasts”. Good momentum has continued into the year to 31 March 2022. 35%

Tatton Asset Management plc (LON:TAM), the investment management and IFA support services Group, has announced the following unaudited trading update ahead of its Final Results for the year ended 31 March 2021, which are scheduled to be released on 15 June

Tatton Asset Management plc (LON:TAM) is the topic of conversation when Robin Savage Research Analyst at Zeus Capital joins DirectorsTalk. Robin talks us through the key points from its interims to 30 September, explains how the forecasts will be