·    Best case Recoverable Resource estimate of 3,625 BCF, using preliminary gas recovery factors of between 50% and 75%, versus an equivalent estimate of 2,924 BCF prior to 3D seismic data reprocessing

The preliminary interpretation has led to a significant uplift in seismic imaging quality and has significantly reduced subsurface risk. Mapping indicates a greater concentration of resources into the Chuditch-1 discovery in a simplified and robust structure with relatively high gas recovery expected. The adjacent prospectivity has evolved; its understanding is now more robust, including confirmation of leads extending onto the 3D seismic data area.

Consultancy group ERCE has been engaged to prepare a CPR to provide an independent validation of Baron’s internal resource estimates to a SPE PRMS compliant standard, which will include a probabilistic estimate of Resources and revised risk factors.

As announced on 18 October 2022, SundaGas was granted a six-month extension to Contract Year Two of the PSC which now expires on or before 18 June 2023.

As the preliminary subsurface interpretation is indicating an uncomplicated structural configuration for Chuditch, and subject to an ongoing revision of the Chuditch engineering concept study, a simpler field development concept is likely. The apparent increase in gas resources in the Chuditch-1 discovery itself suggests that a single appraisal well will suffice to determine commerciality of the project without the need for immediate follow-on exploration wells.

Multiple potential export solutions for gas have been previously identified which are not dependent on any single concept or route. The fastest development and export option is expected to be to utilise a hybrid floating and platform LNG system, which does not require export pipelines or border crossings.

A revision of the Chuditch engineering concept study has commenced. It is anticipated that this work will illustrate and quantify a fast-track development pathway that targets first production in 2028.

Management estimates of project economics continue to be attractive at current and long term average gas prices in Asia.

Development strategies for handling carbon dioxide could include Carbon Capture and Storage (“CCS”) at Bayu-Undan or for disposal within the Chuditch PSC. SundaGas aspires to achieve net zero LNG through long term supply arrangements with buyers that have an effective Scope 3 strategy.

The Company continues to evaluate options to secure further investment for the Chuditch project, including an ongoing farmout process, which is accelerating with the availability of the revised interpretation. The Company remains in talks with multiple potentially interested parties.

The combination of the PSC extension, availability of the new reprocessed 3D seismic data, and the external validation of Resources that are to be provided via the CPR will be of significant benefit to this process as we move into 2023.

Baron Oil will hold an investor webinar for existing and potential shareholders at 6.00 p.m. (London time) on 26 October 2022.

Those wishing to attend should register via the following link after which they will be provided with log in details: 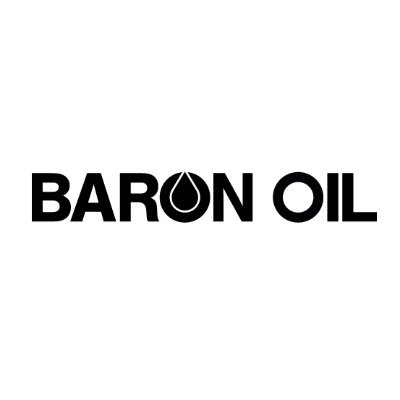 Baron Oil Plc (LON:BOIL), the AIM-quoted oil and gas exploration and appraisal company, has announced that, as a joint venture non-operating partner, it has submitted an application in the UK offshore 33rd Round of licensing, conducted by the

Baron Oil Plc (LON:BOIL), the AIM-quoted oil and gas exploration and appraisal company, has announced that the changes to the provision of the funds for the Deposit for the Guarantee and related matters, as described in the Company’s

Baron Oil plc (LON:BOIL), the AIM-quoted oil and gas exploration and appraisal company, has confirmed, further to the announcements made on 15 November 2022, the completion of its Fundraise at the Issue Price of 0.12 pence per share.

Baron Oil plc (LON:BOIL), the AIM-quoted oil and gas exploration and appraisal company, has announced that it has conditionally raised £5 million (before expenses) by way of a placing and subscription of a total of 4,166,666,667 new ordinary shares of 0.025p each in

Baron Oil in a strong position to deliver value to shareholders

Baron Oil significant progress made since the beginning of the year

Baron Oil Plc (LON:BOIL), the AIM-quoted oil and gas exploration company with projects in SE Asia and the UK, has announced that at the Annual General Meeting of the Company to be held later today, the Company’s Non-

Baron Oil’s Chuditch asset to be showcased at four events

Baron Oil plc (LON:BOIL), has announced that during the next four months, Baron Oil’s wholly owned subsidiary SundaGas Banda Unipessoal Lda., as operator of the offshore Timor-Leste TL-SO-19-16 “Chuditch” PSC, will participate in the following events, where the potential of

Baron Oil considerable progress made in 2021

Baron Oil raises £1.65 million by way of placing and subscription

Baron Oil plc (LON:BOIL), the AIM-quoted oil and gas exploration company, has announced that it has conditionally raised £1.65 million (before expenses) by way of a placing and subscription of a total of 2,750,000,000 new ordinary shares of 0.025p

Baron Oil Plc (LON:BOIL), the AIM-quoted oil and gas exploration company, has announced the completion of the increase in its interest in United Kingdom Offshore Licence P2478 from 15% to 32% following formal consent given by the United Kingdom

Baron Oil plc (LON:BOIL) CEO Andy Yeo joins DirectorsTalk Interviews to discuss interim results for the six months ended 30 June 2021. Andy talks us through the highlights for the period, talks about the Timor-Leste project priorities and