“Capital Drilling’s trading performance in Q1 2019 was in line with expectations, with a continued strong performance from our key long-term contracts and a new exploration contract award in Burkina Faso. We continued our strong safety performance across our portfolio and are pleased to have achieved a number of world class safety records including a further quarter of zero LTI’s. Consistent with our continuous improvement drive, we also announced during the quarter the appointment of a Chief Operating Officer, in addition to increasing our depth in the Business Development team. Our established operations have continued to perform strongly, enabling the Group to declare an increased final dividend during the current period, whilst further strengthening a robust balance sheet. The market for our services in Africa is reflected in the increase in the number of quality tenders which, along with our strong financial position, our increased regional presence and a modern and young fleet, places Capital Drilling on a platform for further growth.”

· Company continues to be well positioned for anticipated uplift in demand, especially in West Africa

· Continued solid contract performance across key contracts, as acknowledged by the increase in profitability over the period

· Increase in fleet utilisation to 52% (Q1 2018: 44%) reflecting the Group’s ongoing success in securing contracts with new and existing clients

· Further growth in West Africa, through the award of our first contract in Burkina Faso, a 20,000-metre exploration drilling programme with Golden Rim Resources commencing in April 2019

· Achieved a number of world class safety records including:

The Company’s long-term mining and production contracts continued to perform well over the period, with improved contract performance contributing to an increase in profitability over the previous corresponding period. We continue to see robust tendering activity in West Africa and remain confident of further contract wins in the region in the coming months. At this early stage of the year we have already seen some encouraging signs in the market, with robust metals prices, particularly gold, and improving capital markets. There remains a fundamental requirement from the mining industry to replace resources and reserves depleted during the downturn, when exploration drilling was significantly reduced due to budgetary constraints. 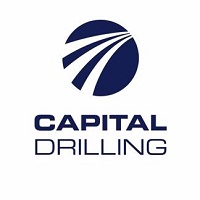 Gold prices eased on Friday ahead of a key U.S. jobs report, but were set for their best week in three as the dollar weakened on prospects of slower U.S. Federal Reserve rate hikes and signs of cooling

Gold ticked higher on Monday as a retreat in the dollar made bullion more attractive for other currency holders, drawing further support from some safe-haven demand from China amid wide protests over its strict COVID-19 curbs. Spot gold

Gold prices rose as soon as the U.S. Federal Reserve announced that it may slow the pace of interest rate hikes in the future. Globally, gold prices bounced above the key $1,750 an ounce level on Thursday, consolidating

Gold prices hovered near three-month highs on Tuesday as mixed signals from Federal Reserve officials on the path of U.S. interest rates kept the dollar pinned to recent lows, while copper prices sank as rising COVID-19 cases in

At Capital, we are committed to providing career development and training opportunities for our National employees. Our Tanzanian-based JV partner, International Apprenticeship and Competency Academy Limited (IACA) has recently delivered a number of programs to our Geita Gold

At Capital, we have an uncompromising commitment to the occupational health and safety of our employees and others where we work. Through our Tanzanian-based JV partner, International Apprenticeship and Competency Academy Limited (IACA) we now have access to

Capital Ltd (LON:CAPD) has announced the appointment of Mr. Rick Robson as Chief Financial Officer (“CFO”) following the departure of Mr. Giles Everist. Mr. Robson will replace Mr. Giles Everist with effect from 01 January 2023 and will

At Capital, we have a long history of providing professional development and training for our national employees. To facilitate an improvement in the standards of training available to our team across Africa, we have developed a joint venture

Gold prices rose on Monday after declining more than 1% in the previous session, as a pause in the dollar rally alleviated some pressure from the greenback-priced bullion, though looming U.S. rate hikes restricted further gains. Spot gold XAU= rose

Capital have welcomed new Chief Executive Officer, Peter Stokes, who commenced on 3 October 2022. Peter’s appointment will support the next phase of Capital’s growth strategy, as they continue to rapidly expand their four key pillars. Peter has

Gold prices edged higher on Monday on a softer dollar, although prospects of central banks worldwide retaining their aggressive monetary policy stance limited the gains for safe-haven bullion. Spot gold XAU= rose 0.3% to $1,663.99 per ounce, as of 0416

Gold prices rose on Tuesday as the dollar slipped, but the metal languished near a 2-1/2-year low on prospects of further rate hikes by the U.S. Federal Reserve to tame soaring inflation. Spot gold was up 0.4% at $1,628.78

Capital Ltd, the leading mining services company, has announced the award of a new drilling contract and the associated purchase of additional drill rigs and other capital equipment. The new contract is an expanded drilling services agreement with B2Gold Corp at the Fekola Gold Mine in Mali, which

Capital Ltd (LON:CAPD) provide complete exploration and production drilling solutions to customers within the global minerals industry, with a focus on the African markets.

Capital Ltd (LON:CAPD) has announced the appointment of Mr Peter Stokes as Chief Executive Officer with effect from  03 October 2022. Mr Stokes will be based in Perth where Capital has an established office and presence. Mr Stokes

Gold prices inched up in early Asian hours on Tuesday, as the dollar eased off a 20-year high, offsetting pressure from expectations of the U.S. Federal Reserve keeping interest rates higher for longer to combat inflation. Spot gold ticked

Gold prices edged higher on Tuesday after hitting a near one-month low in the previous session, helped by a slight pullback in the dollar although lingering worries over further aggressive U.S. interest rate hikes kept gains in check.