Diversified Gas & Oil PLC (LON:DGOC) Chief Executive Officer Rusty Hutson caught up with DirectorsTalk for an exclusive interview to discuss their half-year report, a robust pipeline and what investors can expect in the next 6-12 months.

Q1: Half-year results were issued Tuesday, what are the key takeaways from those results?

A1: I think there’s a few things to focus on and as a result, obviously our half-year EBIDTA number being so significantly up both from the year-end of 2017, 6 months, but also year over year significant increases primarily from the acquisition strategy playing through our numbers.

The other thing I noted from the half-year is with the EQT transaction that closed post-June, month-end, our exit rate of production for July is up now to 60,000 barrels of oil equivalent per day with the first half of the year averaging around 19,300.

So, we’re seeing that significant step up in production even as we exit the first half of the year.

Q2: The outlook points a much stronger second half, and beyond, & I assume we’ll see the full benefits of these major acquisitions as they’re realised?

A2: Yes, the second half of the year will have the full impact of all three acquisitions that Diversified Gas & Oil did in 2018 and you can kind of see that playing through with that 60,000 BOE number that I quoted just a minute ago.

Q3: How is the integration process going of EQT assets and how does this compare with previous acquisitions that you’ve completed.

A3: The integration is going very smoothly from an operational standpoint which you would expect with the fact that we’ve maintained all of the operational employees that took care of as well as prior to us buying them so we brought those employees on.

The operational integration is going very smoothly, I would say that this deal has even been a bigger positive for us than some of the other transactions, mainly because of the size of the transaction and our ability to pick our what I consider to be ‘low-hanging fruit’ in terms of production enhancement and opportunities to be more efficient with the assets.

Q4: How has the addition of midstream assets as part of that acquisition impacted the portfolio?

A4: What the midstream assets have done is give us a new revenue stream, so we have third-party operated wells that are producing gas, moving that gas through our pipeline and we’re charging obviously gathering transportation fees to them. We’re also giving, for the first time in our portfolio, the natural gas liquid revenue which is having a major impact on a realised pricing for natural gas. So, as a result of that, what you see going forward is, in the past we’ve been running around 40-41% operating margin, that’s increasing to be about 60% post-EQT.

Q5: Now, you refer to a robust pipeline of opportunities in Appalachia, are you actively considering these?

A5: So, we actively look at everything that comes on the market within the basin, some things we like, some things we don’t, and we’ll continue to monitor those. At the end of the day, what we’re looking for, we’re looking for value and quality, it has to be accretive to both earnings and to our dividend strategy and really it needs to be complementary to our existing asset base. When things meet that criteria then we’re in a position to make a move on those assets.

Q6: You also provided a confident statement regarding decommissioning in the half-year statement, it sounds like you’re nearing an agreement that will draw a line under any perceived issues there?

A6: Yes, we’ve been in active negotiations with the state of Pennsylvania to negotiate a long-term agreement with them in terms of plugging and abandonment costs. We soon should be at a point where we can not only sign that agreement, be in a position to announce it and really draw a line in the sand. For a fairly long period of time what our true actual plugging commitments will be going forward.

Q7: Finally, what should investors look forward to in the next 6-12 months from Diversified Gas & Oil?

A7: I think that obviously seeing the benefit of these acquisitions playing through the cash flows of the business. As we stated o Tuesday morning, we declared a quarter dividend for our second quarter results and 2.8 cents, which was about 8-9% dividend yield depending on the stock price that you’re utilising.

So, I think we’ll continue to see that play through, we’ll see the acquisitions contribute fully to the numbers and we’ll continue to be actively engaged in looking for assets that meet all the criteria, as I said earlier on in the last question. 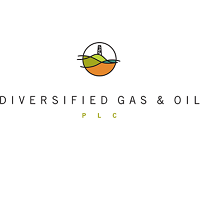 These Countries Found The Most Oil In 2018

2018 stands already as the best year for global oil and gas exploration since 2015. Guyana, Russia and the United States top the list with major discoveries. Discovered resources have already surpassed 8.8 billion barrels of oil equivalent

Diversified Gas & Oil PLC (LON: DGOC), the U.S. based owner and operator of natural gas-, natural gas liquids- and oil-producing assets today announced that it will pay a dividend of 3.30 cents per share in respect of

Diversified Gas & Oil PLC (LON: DGOC), the US based gas and oil producer, announces that Cenkos Securities plc has been appointed as the Company’s Nominated Adviser with immediate effect. This appointment follows the completion of the acquisition

The Oil And Gas Situation: A Time For Setting Records

They say numbers don’t lie, and the last two weeks for the U.S. oil and gas industry have seen the announcements of some pretty amazing numbers. These are numbers that demonstrate exactly how productive and efficient the business

Commenting on the operations and trading update, DGO’s CEO Rusty Hutson said: “We are very pleased with the progress we are making in terms of integrating the most recently acquired assets from Core and extracting maximum value from

GlobalData’s latest thematic report, Impact of China on Oil & Gas suggests that China’s large domestic demand for oil and gas, and heavy dependency on imports, makes it one of the most lucrative markets for the global oil

Natural gas is expected to overtake coal as the second world’s largest energy source after oil by 2030 due to a drive to cut air pollution and the rise in liquefied natural gas (LNG) use, the International Energy