Q1: Pre-lim results for the year ending December 2018 are out, well done there on such a strong performance. Mark, what’s helped to drive all this?

A1: Well, first of all, thanks for the congratulations.

What’s driving the results really is the increase focus that we’ve been able to place on IHT particularly, following the successful floatation last year which has allowed us to invest in more resource of course. There is a growing awareness of IHT as a technology across a number of industry groups.

Having extra funding helps, we’ve invested in more capital equipment, more capacity, more capability and just the mere fact of being listed from having a PLC moniker has helped our credibility with a certain number of customers as well.

So, all those things really have helped us to move the business forward.

Q2: Just look at IHT, that’s Improved Harness Technology, revenues are growing rapidly at 217%, why is that?

A2: It’s a little bit below where we we’re hoping to be, we had a couple of customers who took a little longer to decide on execution at the back of the year.

Generally, there is a growing awareness of IHT as an option for a huge number of customers, having floated we’ve invested in some more PR, some better PR, more of it, and also more sales resource. So, we’ve got more people making contacts but we’re finding that word of mouth is also quite powerful, a lot of people contact us out the blue through the website.

Just a growing awareness that the IHT technology has a huge number of applications across a number of marketplaces and that’s what’s happening. Since the year end, we’ve seen an even greater acceleration of the accretion of those potential customers so things are going quite well.

A3: First of all, we’ve got twice as much space which is a huge help but also allowed to lay out the factory in a different way. We’ve improved our quality controls because we’ve got more space, we’re a cleaner environment, this has all helped, we’ve also got more equipment. That extra capability, better space and handling, all those things have been a real boost to our production last year.

Q4: Now, the company has invested in significant additional capacity, what has this involved and how will it help?

A4: One of the key drivers for floating the business last year was to raise some capital for significant investment in capability and capacity and we have a number of investments to make, we’ve made 2 so far. This will allow us to be more automated, less labour content in our production processes and to really be able to produce the unlimited length flexible circuit boards that forms the basis of our IHT technology. So, we’re investing in presses, in plating lines and things like that.

Q5: How is current trading and could you explain a bit more about the opportunities in the year ahead of us for Trackwise Designs?

A5: Again, when we floated last year, we’ve sort of thought the major area for our business success would be in aerospace but we recognised also that there was an opportunity for in other industries generally.

What we’re experiencing since the year end is there is a lot of opportunity in those areas that we haven’t perhaps put at the top of our list like medical and science where we’ve got a lot of opportunity. We’re seeing, as I say, a steadily increasing number of companies approaching us for use of our technology in different applications.

The benefit to us, when we were going through the floating last year, we didn’t foresee having such a wide base of customers that we now have which will reduce our dependence on any particular sector or customer which is a good thing for any company. Also, it’ll hopefully provide us with the growth in the next months and years.

Overall, we have not changed our plan as to where we think the business will be in a couple of years’ time. We’re probably going a little bit slower but we think we’ll go a little bit faster as these opportunities comes through and we start production with them. 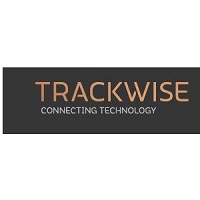 Trackwise Designs (LON: TWD) CFO Mark Hodgkins joins DirectorsTalk to discuss its prelim results. Mark explains what has driven such a strong performance, why IHT revenues are growing rapidly, how a move to Tewkesbury has helped the business, the

Trackwise Designs Plc 2018 was a year of significant progress

Philip Johnston, CEO of Trackwise commented: “2018 was a transformational year for Trackwise. We are very pleased with the growth in IHT revenues during 2018 and see considerable expansion in this area as new markets open up. Current

Trackwise Designs LTD (LON:TWD) CFO Mark Hodgkins talks to DirectorsTalk about interim results for the year ended 30th June 2018. Mark updates us on the progress of Trackwise, the work with a Tier 1 aerospace client, continued investment

Philip Johnston, CEO of Trackwise commented: “In the last six months the Company has moved to new premises and completed a successful flotation on AIM raising £4.6m in an oversubscribed fundraising. Throughout this period, we have continued to

Trackwise Designs LTD (LON:TWD) CFO Mark Hodgkins talks to DirectorsTalk about its plans to float on AIM. Mark provides some background on Trackwise, explains the main reason for listing at this time and how the proceeds will be