The Company’s 2018 Accounts are now available on its website and will be posted to shareholders, along with the Notice of AGM, shortly.

Following the publication of the 2018 Accounts, the Company is pleased to announce that it is expected that trading in the Company’s ordinary shares on AIM will be restored at 7:30 a.m. today, 29 July 2019.

Whilst 2018 was a challenging year for the Company and one of great change, we have emerged more appropriately positioned for the future.  Given that Defenx is an IT company, perhaps the best way to describe 2018 was as a ‘reboot’ year.

Our relationship with BV Tech continues to develop, with them as both a supportive, and now majority, shareholder and as our key strategic partner.

The €950,000 loan announced in October 2018 was subsequently switched into a convertible loan. That amount was drawn (and converted into shares) in three stages in October 2018 and in January and March 2019. As a consequence, BV Tech now owns 67.1% of Defenx.

In April 2019, we signed a sales and distribution agreement with BV Tech with two main elements. The first gives them sole rights to sell our products to certain organisations within the Italian defence, space, national security and critical infrastructures sectors until December 2023. In return, Defenx has received €1.0 million and going forward will receive 50% of any sales in excess of €5.0 million across that period. The second made BV Tech a (non-exclusive) distributor of our products through to the end of 2021, and they have committed to purchase products to a minimum value of €150,000 per quarter (total €1.2 million) in the period to December 2020. In addition, we entered into a software services agreement with BV Tech which defines our product development roadmap with a cap of €1.2 million for 2019 development spend with BV Tech.

As has been reported previously, we terminated our relationship with our product developers in Romania in Q1 2018; moving that responsibility to BV Tech. In April 2019 we cemented further that relationship with a software services agreement with BV Tech until at least December 2020, working to an agreed product route-map.

Our next generation data security products for personal computers and mobile devices provide three pillars of protection, securing devices, data and messaging. We are particularly excited by some of the innovations in the new product portfolio.

The English language version of our Security Suite (antivirus for Windows devices) was released in January 2019, followed by the Italian language version in June 2019 and further languages are expected to follow. Next generation versions for mobile are expected to be available shortly, with the Mobile Parental Control modules for Apple and Android having already been released in February and April 2019 respectively. Secure Mail is currently in final testing for imminent release with Mobile Communications expected shortly thereafter. Finally, we are upgrading the infrastructure for Cloud backup; migration is scheduled for completion in Q4 2019. We will work with BV Tech to develop our secure messaging for delivery in 2020.

A significant element of the reboot has been in the changed composition of the Board and senior management. In April 2018, the Company’s founder Andrea Stecconi resigned from the Board, followed by Alessandro Poerio a month later. Andrea has continued with the Group in a customer relations role, whereas Alessandro left to pursue other interests. As a consequence of those departures, I became interim Executive Chairman on 1 June 2018.

In July 2018, both Chief Financial Officer Philipp Prince and Non-executive Director Leonard Seelig also resigned, whilst Raffaele Boccardo, the President of BV Tech, assumed the additional role of interim Deputy Executive Chairman. Philipp was replaced by Clive Eplett as interim-CFO, but given the interim nature of his appointment, he did not join the Board.

In August 2018, Nic Hellyer and Giorgio Beretta were appointed as Non-executive Directors, and chairs of the remuneration and audit committees respectively.

Our search for the right person to become CEO continues, with our preference being to make that appointment first, then recruit a permanent CFO to work alongside the new CEO.

As expected, and inevitably in the circumstances, 2018 revenues were again lower than past years, whilst we prepared our next generation products for launch readiness.

Offsetting that, we have reduced costs wherever possible. In particular, we eradicated marketing contributions to distributors that, in practice, were not generating a worthwhile return on spend. Headcount costs have also been reduced, both during the year and subsequently. Other operating costs have also been cut where possible without jeopardising the Group’s future.

Our biggest charge to the profit and loss account was a further €1.9 million amortisation against development intangible assets. This non-cash charge represents 95% of cost of sales and 32% of all costs (excluding interest).

The consequence of these changes is a reduction in the operating loss to €3.5 million from €11.9 million in 2017.

The first quarter of 2019 continued in very similar vein to 2018, but the second quarter benefited from the sales agreements with BV Tech reported above. Marketing of our next generation products is expected to commence in during the second half of 2019, restarting the business after our ‘reboot’.

As at 24 July 2019, the Group had cash resources of approximately €120,000, which is sufficient through to the end of August 2019, and, therefore, the Company remains reliant on the continued financial support of its major shareholder, BV Tech, going forward.

After a difficult period, we therefore look forward to the future with renewed optimism, with the release of our next generation products supporting our three pillars strategy and a further strengthened relationship with our largest shareholder, BV Tech. 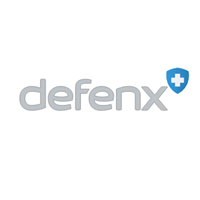 WhatsApp has endured a difficult 2019 on the security front, with stories of nation-state hacking campaigns and multiple vulnerabilities, even as it battles with governments and their agencies over its insistence on end-to-end encryption. And now, just as the year draws to

Latest information released by Symantec proves malicious malware in the mobile space are surging. In fact, the Internet Security Threat Report details Symantec blocked an average of 10,573 malicious mobile apps per day in 2018. To highlight the risk bound in tech, mobile

Mobile security experts warn about apps that could ruin your phone

On the heels of an FBI warning about how hackers can invade your smart TV, there’s a reminder from tech gurus that criminals can and will use apps to ruin your phone and potentially your life. “You really

Whatsapp bug could have let hackers read your messages

WhatsApp has acknowledged a security flaw within the app that allowed hackers to access people’s messages by sending a malicious video file. The Facebook-owned messaging app posted a security advisory about the bug, named CVE-2019-11931, which affects earlier versions

Earlier this month a warning was issued about 10 anti-virus apps available on the Google Play Store that are filled with dangerous malware, spyware and questionable permissions. A report was issued by security research firm VPNpro that claimed in total,

Security researchers have uncovered a malicious app that secretly signs users up for premium content without their knowledge. The app has been downloaded tens of millions of times by Android users, despite being removed from the Google Play

What are the essential mobile security best practices for businesses? As enterprises introduce more mobile devices and solutions into their infrastructure, they need to keep mobile security in mind at all times. The mobile threat landscape is constantly evolving,