Mike Read, Chairman and Chief Executive Officer of Falanx, commented: “We are delighted at the momentum we are achieving in all our operating subsidiaries which is a testament to the strong service offering we provide. The contracts we have announced today provide Falanx with a strong start to trading for the current financial year. We are also extremely pleased with the advances our technologies team have made since the autumn. Enabling adopters to solve the security management of devices across manufacturing, fintech, telecommunications, insurance markets and many more. We look forward to updating shareholders on further progress in the months ahead.”

Falanx Group Ltd (LON:FLX), the global cyber security and intelligence provider, this morning announced it has secured new contract wins worth approximately GBP0.9m of new revenue since the completion of the acquisition of First Base at the end of March 2018, and the impending release of our next generation of cyber security technology.

— A major UK Government department has selected MidGARD for an initial one-year period, extendable to five years, to provide monitoring over a large network of UK Citizen data, with an initial revenue value of GBP230,000 per annum.

— MidGARD has been selected by an organisation within the Ministry of Justice, working in partnership with ROC Technologies which has been instrumental in transitioning many organisations to cloud environments and will continue to do so with Falanx.

Falanx is currently negotiating contracts with several highly advanced MidGARD sales opportunities within sensitive elements of the UK Government and the commercial sector for the protection sensitive data, with a prospective total contract value of approximately GBP700,000.

Professional Cyber services has started the year strongly, with a combined customer focus of Falanx Cyber and the recently acquired First Base, achieving over 60 contracted customers in this period.

— On the completion of the First Base acquisition in March 2018, an additional order book of approximately GBP400,000 of sales was taken over, further helping to underpin our revenue expectations for the current financial year.

Since the completion and launch of our MidGARD service, work has been underway on the next generation of Falanx technology. The MidGARD service has always been aimed at addressing the cyber security needs of SME’s and was never designed to address the significantly larger scale challenges of FTSE and NASDAQ 250 type companies.

Encouraged by the early success of MidGARD, our focus since has been on taking our technology development forward in a way that is accessible to these massive organisations with sophisticated internal cyber security teams and infrastructure. All of which have little or no appetite to outsource their security requirements to a managed service.

Under the leadership of Dick Morrell, Falanx Group, CTO the Falanx Technologies team is now in the final stages of creating our new, innovative and openly accessible security software “stack” that will be released this summer. Initially to a global early adopter programme of DevOps teams within major commercial organisations who manage their own cyber security.

Cloud ready, out of the box, this technology ‘stack’ can be used in almost every industry vertical and is envisaged to displace hugely expensive licensed monitoring technologies. It will also simplify the complex and expensive data management and architectural issues that often eat millions of pounds of code and time and is expected to be significantly disruptive in the enterprise space. 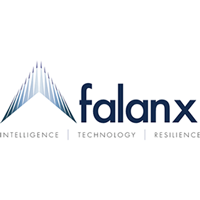 Ransomware, the highly profitable method used by cybercriminals to encrypt data on computer networks and demand a ransom payment in return, is constantly evolving. One of the leading groups that perpetrates these attacks, Babuk, has stated that is

In this second podcast with Nat Guillou, Assistant Geopolitical Director at Falanx Assynt, we take you through the transnational impact of global risk developments, and how we assess these alongside our country risk reporting. This session contextualises key

Ransomware attacks are the major cyber threat facing the UK, the head of Britain’s cybersecurity agency warned tonight Hackers hijacking computer systems and demanding cash to release them has featured in a string of high-profile cyber attacks in

The world’s largest meat processing company has paid a ransom worth $11m (£7.8m) to hackers behind a cyber attack on its computer systems. JBS – which produces almost a quarter of America’s beef – confirmed it handed over

Falanx Cyber ‘Takes a Butcher’s’ at a recent ransomware attack

The world’s largest meat supplier, JBS, was reported last week to have been hit by a sophisticated ransomware attack that affected its North American and Australian operations, with signs pointing to it being another attack by the REvil

Predictions Two-week lockdown will drive down COVID-19 infection curve, but will likely prolong Bahrain’s economic recovery Government will step up vaccination campaign, including plans to vaccinate children, to accelerate relaxation of virus restrictions Reintroduction of quarantine measures will

Predictions Escalating violence will increase pressure on foreign businesses to relocate or suspend operations in coming months Companies will face calls to reconsider presence to avoid legitimising junta, even if not working directly with state-owned enterprises Major violence