Ferro-Alloy Resources Ltd (LSE: FAR), has announced the completion of the Initial Investment by Vision Blue as announced on 15 March 2021 following fullfillment of all necessary conditions.  This triggers the receipt of a further investment of US$1.6m in addition to the investment of US$1.5m already made, bringing the total invested by Vision Blue and its coinvestors to date to US$3.1m.  The investment is to be made by the issue of 12,769,558 ordinary shares in the Company and completion is expected to occur on 3 June 2021.

o  A further US$1.6m investment, bringing the total invested to date by Vision Blue and its coinvestors to US$3.1m

·    Appointment of Mr. Peet Nienaber as a Non-Executive Director with effect from from immediately after completion which is expected to occur on 3 June 2021

The Subscription Agreement (announced on 15 March 2021) envisaged that this issue would initially be made by subscription for convertible loan notes which would have converted into ordinary shares upon the receipt of the consent by the authorised body in Kazakhstan (the “Consent”). This Consent was received on 19 May 2021 and the Company and Vision Blue have therefore agreed to amend the agreement to provide for the subscription to be made for the same number of ordinary shares directly.

Vision Blue have further investments rights amounting to an additional US$9.5m, comprising US$7.0m which it may make within three months of receipt of the Consent and US$2.5m after completion of the Feasibility Study. The Consent covers the issue of up to 88,588,805 shares within the 12 months following the date of the Consent.  Accordingly, it has been agreed that any further investment of up to US$7.0m which would come prior to 19 August 2021 will also be made as a direct subscription for ordinary shares where to do so would not trigger the requirement to publish a Prospectus. A new consent will be applied for in respect of share issues scheduled to be made after the expiry of the Consent.

Following the completion of the Initial Investment, Sir Mick Davis will assume the role of Chairman as outlined in the Subscription Agreement.  Mr. Chris Thomas, current Chairman of FAR, will assume the role of Non-Executive Director following Sir Mick Davis’s appointment. The Company has also appointed Mr. Peet Nienaber as a Non-Executive Director from immediately after completion which is expected to occur on 3 June 2021.

In consultation with Vision Blue, the Company is planning to expand the scope of the feasibility study which is already underway. This includes potentially expanding the scope to include further evaluation of the Phase 2 expansion to 4 million tonnes per year of ore treated and to further establish the potential value to be extracted in the form of by-products.  The expanded scope is likely to entail a drilling programme to upgrade sufficient resource to the JORC Indicated category to enable planning for production at the expanded rate for a significant mine life. This will involve further drilling of ore-bodies 2 to 5, a large part of which is already in the reserve category under the Kazakhstan GKZ system of resource and reserve classification but did not meet the requirements of the internationally recognised JORC system. This, together with the longer time-period needed to complete variability process testing on the wider range of ore samples is likely to extend the timing of completion of the study into the first half of 2022. The Company believes that the expanded scope will make for a more robust and profitable project and bring enhanced returns to shareholders in the longer term.

As previously announced, the Company has been constructing power grid infrastructure to draw power from an adjacent high voltage (110kV) line, including the connection, transformers, approximately three km of line and necessary communications and switching. Construction of the line was completed on schedule and power is expected to be supplied via the line shortly.  Power via the new connection will be less that half of the price of the previous supply and significantly more reliable, reducing downtime and equipment damage caused by outages and instability, and is an essential step in the ongoing upgrade of the Company’s existing operations.

“Importantly, we are delighted to have Sir Mick Davis as our Chairman. His experience, knowledge and relationships in the mining industry will be hugely beneficial to us.

“I also welcome Peet Nienaber, with his vast technical experience in the vanadium industry, to the Board as Non-Executive Director.”

“Since Vision Blue’s initial investment in March we have worked closely with the team at FAR to identify areas where we can work together to optimise the Balausa Project feasibility study to maximise value and reduce development risks. The Balausa Project benefits from low capital and operating costs, good infrastructure, geographic advantages and a scale that can match the significantly growing demand for vanadium as its use in high grade steel and flow batteries expands. I remain convinced about Balausa’s potential to become the leading vanadium asset in the world.”

Appointment of Sir Mick Davis as Chairman of FAR

Sir Mick Davis holds a number of directorships at private companies and is a highly successful mining executive accredited with building Xstrata plc into one of the largest mining companies in the world prior to its acquisition by Glencore plc. Before listing Xstrata on the LSE as CEO he was CFO of Billiton plc and Chairman of Billiton Coal which he joined from the position of Eskom CFO.

During his career in mining he has raised almost US$40bn from global capital markets and successfully completed over US$120bn of corporate transactions, including the creation of the Ingwe Coal Corporation in South Africa; the listing of Billiton on the LSE; the merger of BHP and Billiton; as well as numerous transactions at Xstrata culminating in the sale to Glencore plc.

Sir Mick Davis is a Chartered Accountant by profession, and holds an honours degree in Commerce from Rhodes University, South Africa and an Honorary Doctorate from Bar Ilan University, Israel.

Mr. Peet Nienaber has several decades of experience in the mining sector, most notably spending over 24 years with what became Xstrata plc. At Xstrata he was initially Head of Operations, spearheading the earliest days of the company, including its growth to be the largest producer of Ferrochrome. Thereafter he spent 10 years as CEO of Xstrata Alloys, one of the largest producers of Ferrochrome and a leading producer of Vanadium, with some 20,000 people under Peet’s leadership.  After retiring from the position in 2012, Xstrata Alloys subsequently went on to be acquired by Glencore plc.

Mr. Nienaber began his career as an engineer at Iscor Ltd before spending several years in the Ferroalloys industry at Samancor and Anglo American Plc.

Mr. Nienaber holds a BSc in Metallurgical Engineering and a BSc in Engineering from the University of Pretoria.

Chris Thomas will assume the role of Non-Executive Director upon Sir Mick Davis’ appointment as Chairman.

Application is being made for admission of the Shares to the Official List of the FCA (Standard Segment) and trading on the London Stock Exchange’s Main Market for listed securities (“Admission”) which is expected to occur at 8 a.m. on or around 3 June 2021 and also to trading on the AIX. For the purpose of the Disclosure and Transparency Rules, the enlarged issued share capital of the Company will comprise 355,330,073 ordinary shares. The Company does not hold any shares in treasury and following Admission this figure may be used by shareholders as the denominator for the calculations by which they will determine if they are required to notify their interest in, or a change to their interest in, the Company, under the Disclosure and Transparency Rules.

Capitalised terms in this announcement, unless otherwise defined, have the meaning given to them in the announcement of 15 March 2021. 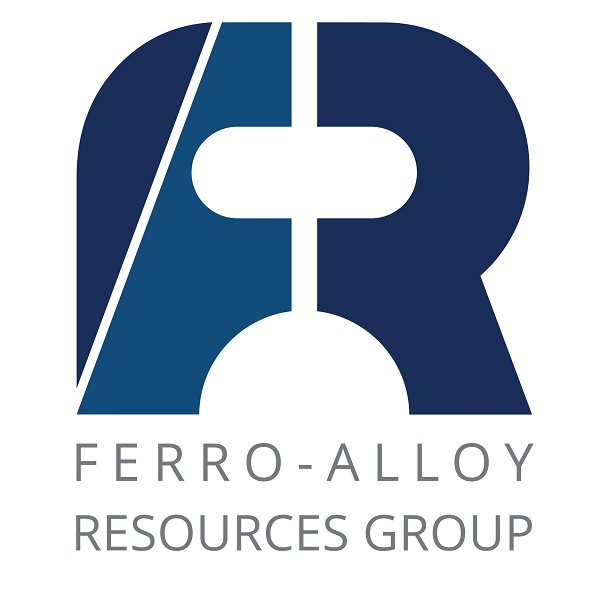 Is vanadium the “Valyrian Steel” of the energy transition?

In Game of Thrones, a sword forged out of Valyrian steel is recognized for its unparalleled strength and light weight. It is this advantage that denotes it as one of Westeros’s most sought-after materials. In the real world, its

How are vanadium flow batteries expected to transform the way energy is stored and generated around the world? Vanadium batteries will enable more efficient use of electricity by enabling better matching of supply and demand. This will enhance the

Sir Mick Davis has been appointed chairperson of the board of Ferro-Alloy Resources (FAR), the European vanadium company in which his Vision Blue Resources firm has invested. FAR, which trades on the London exchange, reported on Tuesday that the previously

Ferro-Alloy Resources Limited (LON:FAR) CEO Nick Bridgen joins DirectorsTalk to discuss the completion of the Initial Investment by Vision Blue which was originally announced on 15th March 2021. Nick reminds us about the current operations and the vanadium

There’s a lot of talk about firming up Australia’s plentiful and cheap renewable energy with storage. But are we putting our time and money in the right place? Australia’s population mass lives at a latitude of regular weather

Ferro-vanadium prices climbed by more than 4%

Ferro-vanadium and ferro-niobium prices both climbed by more than 4% in the week ended Friday May 21 due to tightening prompt supply in Europe at a time when spot market activity has started to increase. The availability of

What is vanadium used for?

Ferrovanadium is an alloy of iron with 60% – 80% vanadium. FeV has a deoxidizing effect on steel. In addition, vanadium improves the alloy structure of steels, particularly by increasing hardness, toughness and resistance to impact and impact.