Fidelity European Trust plc (LON:FEV) is the topic of conversation when Hardman and Co’s Investment Companies Analyst Riccardo Bindi caught up with DirectorsTalk for an exclusive interview.

Q1: What can you tell us about your note that you have published prior to the AGM?

A1: In this note, we ask eight questions that we would put to the Board at the forthcoming AGM on 10 May 2022. Given the extraordinary bull run in most global equity markets since the 2008 GFC and fears around a resurgence in inflation, a lot of this note and the questions will focus on the rapidly changing landscape, and how the fund has coped with periods of uncertainty and instability in the past. Hence, we look at Fidelity European Trust’s long-term track record, and remind investors of its philosophy and process.

Q2: Would the conflict in Ukraine, the rise in inflation, and related sharp style and sector rotation be major concerns?

A2: One of the major concerns at the moment would obviously be the current conflict in Ukraine, as well as the associated rise in inflation and interest rates. The impact of the war in Ukraine on global commodity prices and on global trade is a big concern. Looking at FEV’s process and philosophy, and given the fund’s dividend GARP style, it was always going to be the case that FEV would be sensitive to the market’s appetite for growth. However, FEV’s discipline through different market cycles has meant that it has seen only short periods of underperformance in the past. By focusing on its stock- picking and downside risk, FEV has managed to successfully navigate extreme market turbulence in the past.

Q3: So, to summarise, would you say that FEV’s long-term philosophy and process give you confidence, despite the current turbulence in equity markets?

A3: Yes, very much so. Academic studies have shown that, over time, even the best active funds will tend to have at least two to three individual years of relative underperformance over a decade. In that respect, FEV is no different. The fund is well-diversified by sector and country, with no sector accounting for more than 22% on an absolute basis, and no sector bigger than 5% on a relative basis. The well-diversified nature of the fund should stand it in good stead for these turbulent markets. The bottom line is that FEV has delivered long-term outperformance against its benchmarks.

Q4: You asked how important the Fidelity analysts are, and Fidelity’s global research effort in the process. Why did you think that is important?

A4: Fidelity has a team of 32 research analysts covering Europe and has access to the global resource of sustainable investing and shorting, as well as quant and technical analysts. This global network is a huge competitive advantage compared with its peers and helps Fidelity European Trust put its European ideas into a wider global context. Remember that, although FEV is a European fund, European sales account for just over a third of FEV’s investee companies’ revenues – slightly less than the index overall. Therefore, although European in name, and by domicile, around two thirds of the portfolio’s revenues are global, and hence more international. This ties in with the globalisation of the last 30 years, and presses home the importance of the global reach of its analysts. Many of the stocks in FEV’s portfolio are world-beaters or global champions in their respective fields. 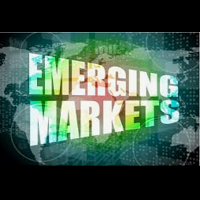 The pan-European Stoxx 600 closed 0.5% higher, with tech stocks adding 2.2% while insurance stocks slid 0.5%. Global markets have been weighing the possibility that the Federal Reserve is getting ready to slow the pace of its inflation-fighting rate hikes after economic 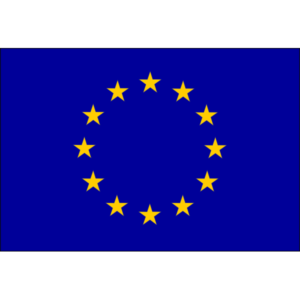 European stock markets traded higher Monday, at the start of a week that includes important inflation data, a policy-setting meeting by the Bank of Japan as well as the return of the World Economic Forum to Davos. At

The pan-European Stoxx 600 index closed 0.9% higher, with most sectors and most major bourses in positive territory. Technology stocks led gains, up 3.4%, followed by travel and leisure stocks, up 2.5%. Asia-Pacific markets traded higher overnight as Hong

Eight noteworthy trusts and funds for 2023

The year end is a natural time for people to review their investment portfolios and ensure it is well positioned for the year ahead. Alena Kosava, head of investment research at AJ Bell, looks at eight funds and investment trusts

In our most recent note, Resilience in difficult markets – a half-year report | Hardman & Co (hardmanandco.com), published on 4 October 2022, we analysed how Fidelity European Trust plc (LON:FEV) had performed YTD, and highlighted a few

In our recent note, Eight questions for the AGM on 10 May 2022 | Hardman & Co (hardmanandco.com), we touched on the rapidly changing landscape after the extraordinary bull run experienced in most global equity markets since the

Fidelity European Trust PLC (LON:FEV) is the topic of conversation when Hardman & Co Investment Companies Analyst Riccardo Bindi joins DirectorsTalk Interviews. Riccardo talks us through is note that was released prior to the AGM, concerns over Ukraine, rise

Fidelity European Trust plc (LON:FEV) is the topic of conversation when Mark Thomas, Analyst at Hardman & Co joins DirectorsTalk Interviews. Mark gives us a brief summary of his recent report entitled ´Follow the Money´, explains what type of