Non-Standard Finance PLC (LON:NSF) is the topic of conversation when Hardman and Co’s Analyst Mark Thomas caught up with DirectorsTalk for an exclusive interview

Q1: Non-Standard Finance released a trading statement yesterday, what did you think of it?

A1: Before the announcement, we and the market had very strong growth forecasts both for profits and lending at Non-Standard Finance. I have to say it’s really encouraging that the company appears to be on track to deliver those in these challenging markets. It is strongly growing in all three of its business lines and it’s keeping credit very well under control.

Q2: You called your note ‘strongly beating heart’ and focus on the competitive advantages of the largest division, Everyday Loans (EL). Could you comment on why you think it is so strong in sales?

A2: Everyday loans, NSF’s branch-based business lending is about 80% of the group so when it fires on all cylinders the whole group will do. What we have done is look at Everyday loans market position and we see two key competitive advantages in generating sales.

Firstly, it offers loans with a very broad range of APRs, that’s really important because a customer who’s been relatively recently credit impaired will pay a higher interest rate. As they start making payments and their rating improves over time the rate they pay then reduces. By having a broad range of APRs, Everyday Lending can keep lending to that same customer as they journey from non-standard to towards prime. The cheapest customer is always an existing one and no competitor has that range of products and they simply can’t stay with the customer the same way as Everyday Loans can.

Secondly, as part of NSF group, Everyday Loans can refer customers to the guarantor loans business where the support of guarantor can make a loan much more affordable than it would do on a stand-alone basis for that customer.

Q3: What about its competitive advantage in costs?

A3: It’s nearly three times the size of the nearest branch-based business and that brings all the usual economies of scale in things like purchasing and bulk buying.

Perhaps more importantly though, in a regulated world, it spreads the fixed costs for compliance, it allows the identification and the broad adoption of best operating practice and some very simple operational changes can have a big impact on the bottom line. Scale also gives it investment in new branches, new products and training staff to the best possible degree.

Finally, it also leads to increasing conversion from broker leads with a much more local presence.

Q4: You also refer to competitive advantages in assessing credit, what did you mean by that?

A4: Everyday Loans is a branch-based lender when most alternative lenders in that space are remote lenders, so they use things like the internet and are online. By seeing customers face to face, EL can make a much better judgement on their willingness to repay a loan, now in that market it’s not just about ability to pay, and automated systems are still very weak at identifying willingness to repay.

About half the Everyday Loans’ customers that get through all the automated credit scoring actually then get declined at the branch. The hard fact is that EL impairments are around 20% of its revenue while say 118118 Moneys losses account for 50% of revenue and at Likely Loans it’s over 100%. Everyday Loans makes money when the peers are losing money and its credit is a key driver to that.

A5: It’s important to understand the culture of the organisation, most of the big branch-based lenders at that time were actually non-core businesses in much larger, prime-based lenders like HSBC or Lloyds. They became over-reliant on automated credit scoring because that’s the system that works in the prime space, and the ultimate owners did not have the culture focus on this non-standard business.

Reputationally, they were seen as high risk within these prime businesses and being non-core closure was an easy option. For some of the smaller competitors at the time, funding actually became an issue.

Now, Everyday Loans is focused on the business, it’s focussed in this sub non-standard market, it has the right credit control culture for that market and it has arranged committed funding through to 2023.

Our note details why we believe that Everyday Loans like Provident Financial and S&U in 2008-2010, will deliver highly stable earnings in a downturn because loans will re-price and increased volumes offset the higher impairments. It is worth noting that the people that delivered that performance this for Provident Financial now run Non-Standard Finance and Everyday Loans. 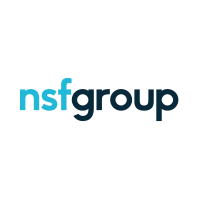 Non Standard Finance plc (LON:NSF) is the topic of conversation when Mark Thomas Analyst at Hardman & Co chats with DirectorsTalk. Mark shares his thoughts on the recent 1H 2020 results, what he thinks investors will focus on, what’s

Non-Standard Finance Analyst Q&A: Lending in all divisions is continuing to build (LON:NSF)

Non-Standard Finance plc (LON:NSF) is the topic of conversation when Mark Thomas, analyst at Hardman & Co joins DirectorsTalk. Mark highlights the important parts from the company’s latest results, explains the opportunities that the company now has and expands

Key takeaways from Non-Standard Finance PLC (LON:NSF) results and presentation were: i) solid underlying 2019 with normalised operating profits up 20% and lower impairments to revenue; ii) £60m cash now ‒ April and May cash-generative; and iii) current

Non-Standard Finance Sunshine after the rain

Non-Standard Finance plc (LON: NSF) is the topic of conversation when Mark Thomas, Analyst at Hardman & Co joins DirectorsTalk. Mark explains why he called his recent report ‘Sunshine after the rain’, why he thinks NSF is operating in