KRM22 Q&A “A good platform for growth in the future” (LON:KRM)

KRM22 plc (LON:KRM) Chief Executive Officer Keith Todd caught up with DirectorsTalk for an exclusive interview to discuss the key financial highlights from their interim results, progress operationally, period end highlights and what we can expect in terms of news flow going forward.

A1: Well, it’s been very interesting. We were able to achieve 19% organic growth to £2.3 million in the six months, when one considers the backdrop the world has been facing over this period. Importantly, our EBITDA loss has reduced to £300,000 from £2.4 million last year, as your listeners may be well aware, we’re building a business here who started only less than 2.5 years ago so we’ve been investing so hence there’s losses at the moment but a big reduction in the EBITDA loss.

Q2: In terms of operations, what can you tell us about the period?

A2: The big overhang, as I just briefly touched on, has been managing through this very tragic COVID environment.

Operationally, we were live from day one, we were set up to be enabling all our team members operating around the world so from a business operation, support, running services, there was no interruption at all.

What we did see was some delays in audit traction particularly because we serve the capital markets so with our risk products at KRM22 and you’ll probably have noticed, and your listeners will have noticed, that record volumes were occurring in March and April so there was no time for business leaders in capital markets to address new projects. So, we saw some delays in that.

What we used the time to do though was advance our products so that we’ve been doing a lot of work in the background on bringing on our global risk platform to fruition. We saw the first major win where one customer took, initially, four of our modules of products from the global risk platform and that’s the one we announced a month or so ago.

So, the investment we’re making in our product portfolio has been good and the integration and that all bodes well for the springboard for growth in the future.

Q3: Since period end, are there any highlights that we should be aware of?

A3: We struck a new debt facility with Kestrel Partners and it’s probably worth putting that in context for your listeners. We did have an existing arrangement but taking a realistic assessment of what we’ve just gone through, it’s important for all firms to have access to more liquidity, more capital, just so there is a greater insurance policy. It will also allow us to be a little bit freer on investment where we see new opportunities for additional growth.

So, we put that convertible loan facility, £3 million, it was at an improved coupon rate, in place with Kestrel Partners who are also a significant shareholder in the company. So, we’ve got that alignment between our debt provider and one of our shareholders which was good.

If we particularly look forward now, people are coming back, I’m up in London  today, people are physically coming back, still very few face-to-face meetings but we are very engaged now in our virtual set of conversations with investors as well as with customers and prospects. We can expect to see some, and we’ve already starting seeing, a lot more activity on the new business developments side.

So, we’re sitting here in a very positive situation whereby we’ve got through the last 6 months, we’re very credible I would believe with that 19% organic growth and a good platform for growth in the future.

Q4: Just looking forward, is there anything else in terms of news flow that people should be looking out for from KRM22?

A4: The news flow certainly that we’ll be picking up on, and we referred to it in RNS’s, we’re in discussions with two tier one banks about contracts and that is still progressing very positively as I’m talking to you. So, that’s a really important part of the news flow.

When we launched the company 2.5 years ago, our primary thinking we were focussing on tier two, tier three players, we already won a new tier one, we’re acquired a couple of tier one’s from the acquisitions, what became clear a year ago was actually what we’ve got provides even better economic justification for the larger players.

So, these two news flow, we expect to announce in the not too distant future, we may not be able to refer to their names but we will announce it happens, I think will be very important on that journey.

I think you probably won’t see any acquisitions just this side of the new year but certainly with our major shareholder, we’re all aligned that as we move into 2021, we need to turn our eyes again to important tuck-in acquisitions that can further accelerate our growth.

So, the immediate news flow, contract wins and a little bit later, maybe in the next year, potential acquisitions. 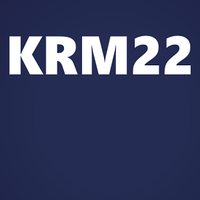 KRM22 has announced the addition of an Exchange Data News Service to its Global Risk Platform. Our new service will allow risk professionals access to analyse and discern same day financial news triggers and information from over 75

CME Span 2 | Coming to a Margin Report Near You!

will admit it, I spend far too much time on social media. My use of social media has extended from keeping up with family and friends across the globe, to receiving daily WhatsApp from the Singapore Government for

An RCSA is undertaken by ‘the business’ (first line of defence) with support and oversight from the risk management function (second line of defence). The quality and integrity of the RCSA is one of the main points of

Holy Cow! Over the past 15 months we have seen remarkable events in the medical field, in nature, politics, sports and the trading markets. The headliners include Covid-19, vaccine development, brush fires, freezing temperatures in warm climates, warm

Understanding Metrics within the Risk Cockpit

There is a well-established business adage, “you can not manage, what you can not measure”. Within the KRM22 Enterprise Risk Cockpit, Metrics are the primary item type for measurement. Metrics are used to capture data from operational systems,

The question I often hear debated, what is the biggest issue that businesses face in the capital markets? Regulation? Cost? Low interest rates? Return on Capital, legacy systems infrastructure or access to reliable data? Well often, the answer