* Total realisations of £2.3 million during the period.

· During and post the period the majority of investee businesses continued to deliver on growth goals:

* IDE reported disappointing results for the year to 31 December 2017, management are undertaking an ongoing review of the business

* Sagacity Solutions Limited continued to build its product portfolio and broaden its customer base, with a high level of repeat revenues

* Adept 4 plc reported continued progress in the year to 30 September 2017, with trading EBITDA of £1.2 million

1 represents unaudited valuation based on closing mid-market prices of quoted investments and IFRS valuation of warrants at 28 February 2018 with privately held assets valued at input cost or the latest fundraising valuation, plus outstanding loan capital

Peter Rigg, MXC Capital Limited Chairman, commented: “The results for the six months show progress with the majority of our existing investments and with both our joint venture with Liberty Global and our role with the technology fund in Guernsey. The Board remains confident that MXC will deliver good returns for shareholders, both from the existing portfolio and from these two exciting new business relationships.” 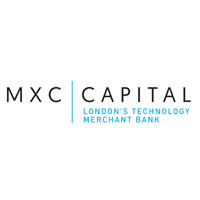 Microsoft introduced Microsoft 365 last year, a bundle of existing products under one license, geared towards businesses. The name is similar to the already existing Office 365, which has caused no end of confusion to the end user.

The pressures on the energy sector has never been greater, as suppliers look to increase their share of the £50bn spent annually on energy by British households and businesses, whilst juggling the challenges of delivering on the obligations

Tech Nation, the growth platform for tech companies and leaders, has today announced the release of its annual Tech Nation Report. The report provides a comprehensive overview of the evolution of the UK’s tech ecosystem, exploring the drivers that

UK technology investment reached record levels last year and it is not just flowing to London. Analysis by entrepreneur network Tech Nation found investment in UK firms in the sector increased by more than 44 per cent in

‘Plan for the Worst, and Work for the Best’* At IDE Group, we partner with you and support your business 24/7, 365 days a year. From on-site IT services, to remote access solutions we have successfully been supporting

Global investors poured money into the UK’s fintech sector last year, almost doubling the amount invested here between 2018 and 2019 — despite the rest of the world suffering a slight downturn in funding. British fintech companies attracted

Staying ahead in the UK’s race for tech talent

It’s no secret that the UK is undergoing serious change, especially as the Brexit deadline edges ever closer. But while the impact of these changes is being felt across the nation, so far it’s done little to impede