N4 Pharma plc (LON:N4P) Chief Executive Officer Nigel Theobald caught up with DirectorsTalk for an exclusive interview to discuss highlights from their interim results, key findings in the optimisation work, progress of the two MTA’s, patents and what investors can expect in the next 6 months.

N4 Pharma are a specialist pharmaceutical company developing a novel silica nanoparticle delivery system for vaccines and therapeutics for licencing to pharmaceutical and biotech partners. Earlier today, the company announced its unaudited interim results for the six months ended 30th June 2021 and with me to discuss those results is CEO Nigel Theobald.

Q1: First off, congratulations on a good set of interim results. Nigel, can you just talk us through the highlights?

A1: It’s been a solid and steady year for us so during the year we’ve completed our optimisation work so we now know how to get a good well dispersed Nuvec once its loaded with DNA or RNA.

We’ve signed our first two Material Transfer Agreements, one of those was a major company in gene therapy and the second is with a company developing its own DNA Covid vaccine so that’s very good progress for us.

We also had first patents granted in Europe, Australia and Japan, and others we hope will follow and we still have a strong cash position at the end of that period.

Q2: You mentioned that you’ve increased the understanding of the capabilities of Nuvec following your optimisation work, what were the key findings?

A2: We’ve done considerable work now in understanding the dose response so the different doses required when loading DNA or RNA with Nuvec.

What we’ve found is it’s vital to maintain a positively charged Nuvec particle as the DNA or RNA is being loaded, at some point as you get a higher dose, agglomeration will occur that’s a natural thing, and we can now maintain a good dispersion by knowing the maximum dose that can be loaded before that agglomeration will happen.

That will vary according to different DNA and RNA plasmids that are being loaded so this allows us to then formulate the final loaded dose much better than we’ve previously done in the past.

With that final formulated dose, we’ve now shown how that loaded Nuvec can be dried, stored at room temperature or in a fridge and then reconstituted, even after 30 days, and it still works. So, that’s a big step forward as that’s a major issue with nucleic acid vaccines so Nuvec, once dispersed and agglomerated, appears to provide excellent protection.

We’ve also shown that this more well dispersed material can actually transfect better and get a consistent performance in a lower dose then we’ve previously tested. So, dose is a particular concern for plasmid DNA vaccines so if we’re able to get a low dose plasmid DNA vaccines working in human then that’s going to be a huge interest to the industry.

That’s all great data for our proof of concept work which we are presenting to potential partners.

Q3: You mentioned earlier that the company has signed two Material Transfer Agreements, how are these progressing?

A3: We don’t currently develop our own products so we rely on our ability to sign collaborations and licence Nuvec to third parties that are developing these products so these first MTA’s are a major step forward for our commercialisation model.

Things are progressing nicely with them so we’ve done that first bit of work, all the agglomeration testing and shown the amounts that we can load with Nuvec and the partners’ molecules themselves.

What we’re now doing is we’re sending that loaded material to the partners so they can test it in a series of experiments. We’re working closely with them as they look to do those tests and obviously, we’re looking and hoping for very good results.

Q4: You also mentioned the intention to grant patents from European, Australian, and Japanese patent offices, what will this mean for the business?

A4: Just to clarify, patents are now granted in Europe, Australia, and Japan and in Europe, we’ve been notified a new divisional follow-on patent will be granted.

Having granted patents, which in this case is around the matter of composition of our nanoparticle, means fundamentally that nobody else can commercialise a similar spike structured silica particle. If they do, we can then serve them an injunction to stop them so it’s important to get that patent protection to allow us to licence the technology to third parties.

We expect that the USA will follow the same route and proceed to grant but the timelines there are in the hand of the examiner so we’ll continue discussions with them but we hope that will follow along with the other countries.

Other patents that we can file, we’ll file them in due course one specific uses of Nuvec once combined with nucleic acid, predominantly this will come out of partnership work.

We’re delighted that we’re now getting the patents granted.

Q5: Just looking forward, what can investors expect from N4 Pharma in the next 6 months?

A5: There’s a huge amount going on at the moment. We’re continuing with our own proof of concept work using a COVID plasmid DNA and we’ve recently confirmed good in-vitro data so we now know that we have a better plasmid to do this work. The in-vivo work has already started with our partner, Evotech.

We are also doing work with a very good plasmid in an MTA partner as well and we expect results from both of those MTA’s but we also continue to hold discussions with a view to ultimately signing further MTA’s and ultimately collaboration agreements with those people that we’re already working with.

We also now have a dedicated resource in Australia who are investigating the potential for Nuvec in oral delivery. We did some of our own very early work there but we needed t do more work there so we’ve got this team working specifically on that application of Nuvec.

So, lots of different areas in terms of where Nuvec can be used and a lot of those results will come out in the next 6 months. 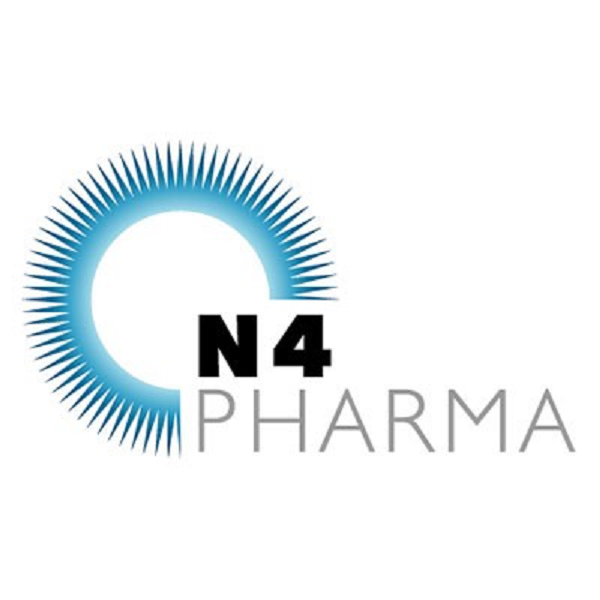 N4 Pharma Plc (LON:N4P), the specialist pharmaceutical company developing Nuvec®, a novel delivery system for cancer treatments and vaccines, has provided an update on its ongoing Australian Research Council grant work with the University of Queensland, investigating the

N4 Pharma Broker Offer to raise a maximum of £1 million

N4 Pharma Plc (LON:N4P), the specialist pharmaceutical company developing Nuvec®, a novel delivery system for cancer treatments and vaccines, has provided an opportunity for shareholders and other investors who did not participate in the fundraising announced today to

N4 Pharma Plc (LON:N4P), the specialist pharmaceutical company developing Nuvec®, a novel delivery system for cancer treatments and vaccines, has announced that it has raised £1 million (before expenses) through a placing of 50,000,000 new ordinary shares of