Nuformix plc (LON:NFX), a pharmaceutical development company targeting unmet medical needs in fibrosis and oncology via drug repurposing, has announced the following update regarding the Company’s NXP002 programme, a proprietary new form of tranilast, being developed as a novel inhaled treatment for Idiopathic Pulmonary Fibrosis.

The Company recently presented NXP002 for the first time to the global IPF medical and pharmaceutical specialist community at the ERS Congress in Barcelona.  The Company’s NXP002 poster sessions were well-attended by, amongst others, potential licensing partners, while the conference confirmed that inhalation is now widely accepted as a future IPF treatment modality.

In spite of their limited efficacy and poor side effect profile, existing standard-of-care therapies (OFEV®, Esbriet®) are not expected to be displaced in the near future as emerging data relating to prevention of exacerbations, now linked with mortality, are supportive of their continued use.  Therefore, NXP002’s clinical route to patients will be additive to current standards-of-care.

As in cancer and other severe respiratory diseases, combination therapies are likely to become the first-line treatment regimen in IPF.  NXP002 standard-of-care combinations will therefore now become the focus of the Company’s future NXP002 development activities, initially using 3D human tissue models of IPF, to better align development with the growing preference of licensing partners and regulators.

NXP002 remains a significant potential value driver for the Company given no new therapies have been approved in IPF, the potential impact of COVID on fibrotic lung disease, the progress of the NXP002 programme in discharging key development risks and commercial intelligence obtained at ERS.  Furthermore, the multiple clinical research publications emerging during 2022 studying the acute use of oral tranilast in treating severe COVID patients’ fibrosis are highly supportive of NXP002’s potential in treating IPF chronically via inhalation.

o  tranilast, as NXP002, can be delivered in-vivo by a range of nebulisers at the optimum particle size;

o  very high doses appear to be well-tolerated; and

However, the pre-clinical inhalation disease model chosen has proven to be complex, and unlike previous studies in human IPF tissue, it continues to be challenging to achieve consistent and reproducible results, which will likely increase in the study of combination therapies, which are now clearly required given the clinical trends intelligence gathered at the ERS. As a consequence, the Company is stopping its current study and will initiate studies in 3D human IPF lung tissue using a disease and species relevant model that is now available commercially via a CRO.  Work under this new strategy will start immediately and focus on NXP002 in combination with current standards-of-care, with the ultimate aim of reducing their negative side effects whilst enhancing their efficacy.

NXP002 combinations have already shown great promise in human diseased IPF tissue, showing a pleasing synergistic efficacy effect with low doses of standards-of-care, resulting in the Group filing a new combination patent application earlier in 2022. The change in pre-clinical strategy supported by intelligence gathered at ERS is therefore aligned with and further enhances the Company’s overall patent position as it continues to build assets for eventual out-licensing.

In addition to new work in human diseased IPF tissue, the Company will evaluate NXP002 ex-vivo in healthy human lung tissue and human peripheral blood mononuclear cells. These studies will be funded from the Company’s existing cash position and alongside further human IPF lung tissue studies, will allow the Company to rapidly and cost-effectively investigate NXP002’s duration of action. With the exception of Investigational New Drug Application enabling studies, these studies are expected to be the last non-clinical studies conducted as the Company seeks to move NXP002 to the next stage of development.

Results will continue to be generated throughout H2 2022 with further updates announced in due course, as appropriate.

Commenting, Dr Dan Gooding, Executive Director of Nuformix, said: “Our first attendance at ERS has introduced our lead programme to major respiratory players, whilst generating valuable intelligence, allowing us to maintain and develop our current market-orientated development strategy.  As a virtual company, Nuformix can rapidly adapt its development strategy to align with emerging trends. Fortunately, we are in a moment where those trends are converging with our programme, our enhanced IP position and our access to a new, close-to-patient, disease relevant model.  The prospect of increased efficacy with improved quality of life for IPF patients is a realistic possibility for NXP002 combination therapies based on our existing pilot human IPF tissue data.  I am confident that our revised pre-clinical strategy will maximise the value of our IP estate and will generate further compelling data to support both progression and partnering of NXP002.  I look forward to providing further updates throughout the remainder of the year.” 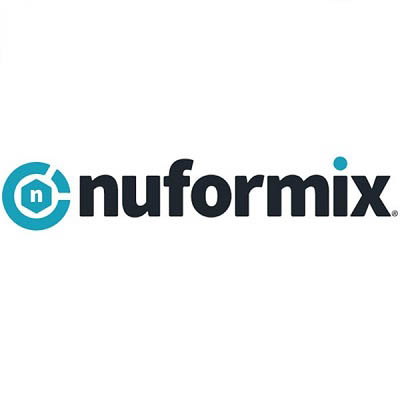 Nuformix plc (LON:NFX), a pharmaceutical development company targeting unmet medical needs in fibrosis and oncology via drug repurposing, has announced the following update regarding the Company’s NXP002 programme, a proprietary new form of tranilast, being developed as a novel inhaled treatment

The president of the Portuguese Society of Pulmonology, António Morais, warned that patients should not underestimate symptoms and insisted on the importance of early diagnosis in fibrotic diseases, stressing that it is crucial to stop progression. The campaign

Almost half of cancer deaths are preventable

Nearly 50% of cancer deaths worldwide are caused by preventable risk factors, such as smoking and drinking alcohol, according to the largest study of the link between cancer burden and risk factors1. Using estimates of cancer cases and

PF awareness means ‘Being here for each other’ in September

Cancer is a disease in which some of the body’s cells grow uncontrollably and spread to other parts of the body.  Cancer can start almost anywhere in the human body, which is made up of trillions of cells.

Cancer is the leading cause of death globally, the World Health Organisation says, killing almost 10 million people each year. While about one in six deaths are due to cancer, many forms of the disease can be cured if they

An AI-guided analysis of more than 1000 human lung transcriptomic datasets found that COVID-19 resembles idiopathic pulmonary fibrosis (IPF) at a fundamental level, according to a study published July 20, 2022. In the aftermath of COVID-19, a significant number of

Nuformix plc (LON:NFX), a pharmaceutical development company targeting unmet medical needs in fibrosis and oncology via drug repurposing, has announced that NXP002, a new form of tranilast and a potential novel inhaled treatment for Idiopathic Pulmonary Fibrosis, has successfully

Nuformix to continue to optimise value from its existing assets

Can you have both pulmonary fibrosis and emphysema together?

The Pulmonary Fibrosis Foundation (PFF) is hosting its sixth annual PFF Walk fundraiser with virtual and in-person events over the next few months to raise funds and awareness in support of people living with pulmonary fibrosis. “We encourage everyone to join

Nuformix plc (LON:NFX), a pharmaceutical development company targeting unmet medical needs in fibrosis and oncology via drug repurposing, has announced that both of the abstracts submitted for presentation at the European Respiratory Society International Congress 2022 in Barcelona on

Nuformix plc (LON:NFX), a pharmaceutical development company targeting unmet medical needs in fibrosis and oncology via drug repurposing, has provided an update in relation to the Company’s NXP004 programme, focused on the development of novel physical forms of

Most people believe in need for more cancer research

A new survey reveals the majority of the general public thinks more cancer research is in order, but many are reluctant to pitch in to the effort financially. Cancer touches nearly every person walking the planet, whether it

Nuformix to investigate a new formulation of NXP002

Nuformix plc (LON:NFX), a pharmaceutical development company targeting unmet medical needs in fibrosis and oncology via drug repurposing, has provided an update in relation to the Company’s NXP002 asset, a new form of tranilast and a potential novel inhaled treatment for Idiopathic

What are the symptoms of pulmonary fibrosis?