I am pleased to report on the activities of the Group for the six months to 30th June 2020 and an update on our plans. The first six months of the year have been a busy time for the company with progress been made across the business and notable achievements that include:

·      Completed construction of a 26 km pipeline connecting Sibkrayevskoye field to the Central Processing Unit significantly ahead of schedule and within budget, allowing year-round production from Sibkrayevskoye which commenced from the end of March 2020

·      Optimisation of the water flood program at the Lineynoye field resulting in a 20% year on year increase in production (July to July).

·      Restarted construction of mini refinery at License 61, which is now under test production.

·      Daria Shaftelskaya and Pavel Tetyakov joined the board, while Maxim Korobov resigned after almost 4 years as a director

Production and Sales for the period

Our team achieved a major milestone during the period with the company producing and selling oil from Licence 67 for the first time under an extended test regime on the C-4 well at the Cheremshanskoye field. In total 1,200 barrels (gross) of oil were produced and purchased at the well head at competitive market rates of approximately $46.5/bbl without transportation tariffs by a local refinery. We see significant potential in Licence 67 and we will see more activity on this Licence in  the coming months.

Gross production at Licence 61 in the six months to 30 June 2020 averaged 1,566 bopd, which represents a decline of 9.6% year from the same period in 2019 (1,743 bopd).  A significant portion of the decline was due to the company taking the decision in April to shut off approximately 1,600 bbls of production in response to adverse market conditions when the benchmark West Texas price went negative. If the company had kept producing it would have incurred a significant loss for the month. Excluding the period when significant production was shut in, the decline would have been cut in half to only 5.2% compared to the previous period.

After four years on the board, Maxim Korobov resigned from his position as Non-Executive Director. I would like to take this opportunity to thank him for his excellent support and service throughout his time on the board. At the same time Daria Shaftelskaya and Pavel Tetyakov joined the board as Executive and Non-Executive Directors, respectively. Daria brings with her a wealth of knowledge of the Tomsk and wider Russian business environment particularly from a finance perspective. Pavel has been involved with the company since 2016 as Vice President Business Development, he brings with him a deep understanding of the Russian Upstream oil industry.

Review of PetroNeft loss for the period

The metrics below are an extraction from the financial statements of the WorldAce Group which demonstrate the performance of Licence 61:

The detailed Income Statement and Balance Sheet of WorldAce Investments Limited is disclosed at note 10 to these condensed financial statements.

The onset of the Covid pandemic, coupled with the Saudi / Russian dispute on production quotas gave rise to lower production and oil prices in H1 2020. Accordingly, the margin in 2020 weakened as compared to the same period last year. This led to an operating loss in the L-61 joint venture of US$2.49M compared to an operating loss in the same period last year of US$957k.

The company places a high degree of focus on its cash flow position and financial commitments. In January, the company successfully placed 107,755,037 new Ordinary Shares at 1.5p each representing a 58% premium to the closing market price. There was a significant commitment from directors representing 44% of the placing.

The Company as reported in the 2019 Annual Financial Statements, is conscious of the maturity of both the Convertible Debt Holders and Petrogrand AB loan by the end of 2020. We are working with both groups on arrangements to extend the redemption dates on these facilities and negotiations are ongoing.

The first half of 2020 presented many challenges to the company through the dual effects of the Covid pandemic and turmoil in the world’s energy markets. We have however been seeing increased stability through the third quarter and are optimistic that this will continue through the end of 2020 and into 2021.

With the success of the C-4 extended well test combined with stabilising production at Licence 61, we believe the company is well positioned to benefit from a future improvement in the market. We are particularly looking forward to an active winter work program at the end of this year and in to 2021.

At Licence 67, the successful C-4 extended test enables the well to be placed on year round production from the start of 2021. While certain infrastructure investments will be required to ensure this is possible, we are confident that the major part of these costs will be covered by the loan agreement which is being finalised with the Alexandrovskoye refinery. It is pleasing to see that our confidence in the potential of this asset is matched by the purchaser of the oil produced during the winter 2020 extended test. We are currently working on options to be able to continue the well re entry program at the Ledovoye field and hope to be able to provide an update shortly..

We believe that the continued and sustained improvement in our operational and financial performance demonstrated during the period will enhance our ability to generate value for our shareholders whether it be through a full or partial sale or continued development of the assets.

Whilst the company faces many challenges, our team has demonstrated considerable creativity, innovation and focus during the period, and continues to generate deeper technical and operational insights which will enable us to undertake future investments with confidence. We continue to work on building a strong platform for a value growth proposition which ultimately benefits our shareholders. 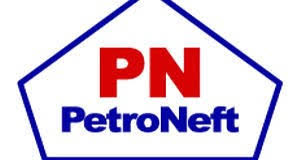 10 things you never knew about oil

From OPEC to U.S. shale, from fracking to negative oil prices, from endless political debates to inventories, the fossil fuel industry is never short on headlines. But the industry has a few lesser-known tidbits that might come as

Energy prices are hovering above the $75 level after OPEC and its allies could not reach a key deal on their oil output policy last week, amid rising tensions between Saudi Arabia and the UAE. Crude prices are

PetroNeft Resources’ David Sturt discusses final results, improvements in the business environment and what to look forward to for the rest of the year in this exclusive interview with DirectorsTalk.

London’s big-name oil companies were among this morning’s stand-out winners as prices of the black stuff rose to highest in nearly three years. The price of a barrel of Brent crude, the international benchmark, has risen by nearly

PetroNeft Resources plc (LON:PTR) CEO David Sturt joins DirectorsTalk Interviews to discuss final results for the year ended 31st December 2020. David talks us through the period highlights, how they managed through COVID, the improvement in the business

Oil prices rose on Monday, underpinned by strong demand during the summer driving season and a pause in talks to revive the Iran nuclear deal that could indicate a delay in resumption of supplies from the OPEC producer.