Hamp Wall, Chief Executive Officer, commented: “The Board has dramatically enhanced the scale and financial performance of PROACTIS as well as its medium-term growth opportunity through its successful and focussed M&A strategy. Further, the Group has performed extremely well with a strong momentum in new names signed during the period delivering substantially improved initial contract value. Up-selling and cross-selling activity with existing customers has also been positive. However, this performance is not fully reflected by reported revenue which has been slower to build principally due to a strengthening Sterling which is reducing the impact of the Group’s performance in the United States and in Europe and, latterly, a loss of a number of customers which the Board does not expect to continue.

Following the acquisition of Perfect during August 2017, the Group commenced its restructuring plan. The new leadership team is formed and the Group has been successful in realising an estimated GBP4.2m of annualised cost savings to date. The Board is confident that it will meet its target of GBP5.0m by end of this financial year.

The Group has been introduced to a high level of good quality M&A opportunities and the Board is keen to move forward with this element of the Group’s strategy when it is prudent to do so.

The Group has made substantial progress during the period. The Board is cautious about the immediate outlook for the financial performance of the Group due to the factors described above but is confident about the longer-term growth prospects for value creation. I look forward to the coming period and am confident in our ability to drive further growth and continue to deliver against our ambitious strategy.”

— Post-acquisition performance of Perfect is in line with management’s expectations with five new names being signed, reported revenues for the post acquisition period of GBP13.4m and Adjusted EBITDA of GBP3.7m 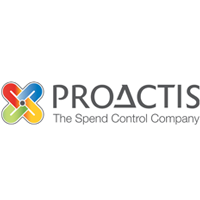 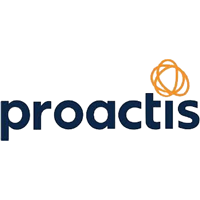 Proactis, the spend management experts, has announced its support of new strategic partner, QUANTIQ, by presenting a session at its upcoming virtual conference. Running from 20-22 April, WinTEQ, QUANTIQ’s annual conference, will be 3 days packed with presentations

P2P transformation: Beyond the transaction – 4 P2P drivers to support your business case

At Proactis, we place a high value on simplifying the business of procurement and cutting through the “noise” created by consultancies in the Source-to-Pay space. This means helping an organisation assess their current performance using our four-step methodology,

What are the main advantages of implementing technology solutions

The key to supply chain resilience and effective risk management

How to manage your purchasing process

All businesses need to purchase goods to meet their day-to-day needs. If you do not have a formal purchasing process in place, you may be spending more than you need to procure items and services. How you develop

Integration with your ERP, financial and other supply chain systems

Spend Management is about managing business processes that are outside the realm of ERP, financial and other supply chain systems. They are specialist and designed to work with your existing core technologies. Spend management systems should not just