“We are very pleased with the progress being made across the Reabold portfolio. In particular, the increased cash flow generated from California is highly complementary to the larger scale assets in the UK and Romania.

We look forward to results from both the West Newton test programme and the IM-1 well in Romania during Q3, both of which have the potential to deliver material returns in a success case.”

·      Permits secured for up to three additional wells at West Brentwood

As announced on 30 May 2019, activities have commenced for drilling the Iecea Mare 1 (“IM-1”) well. Since then, the access road construction has been completed and the drill pad site works have commenced with completion planned to be concurrent with the rig mobilisation. Additionally, all major equipment items have been delivered. The well conductor pipe has been pre-installed in preparation for drilling. Rig mobilisation is expected to commence imminently, with well spud approximately 8 days later following the completion of rig assembly, testing and commissioning.

At West Brentwood, the VG-4 well was put onto permanent production on 26 July 2019, following a successful ‘hot tap’ to tie into an existing gas pipeline in the vicinity of the field.  As announced on 28 January 2019, initial production testing at VG-4 saw the well produce at a choked level of 480 bopd and 742 thousand cubic feet per day of gas. Both the VG-3 and VG-4 wells at West Brentwood are now in production.

Permits for up to three additional wells at West Brentwood have now been secured. Given the success and prolific production rates seen at West Brentwood, Reabold, along with JV partner Sunset Exploration and contract operator Integrity Management Solutions, (“IMS”), is considering whether the next well at West Brentwood should be accelerated within the California drilling schedule.

As announced on 11 March 2019 and on 1 April 2019, IMS, contractor operator of the Monroe Swell field in which Reabold has earned a 50 per cent. interest, informed the Company of successful drilling results and oil discoveries at the Burnett 2A and 2B wells (“the wells”) in California. The wells encountered over 60 and 90 metres of logged pay respectively, ahead of pre-drill expectations, and were subsequently tested by perforating an initial 53.6 metres and 34.8 metres. The wells produced oil before being placed onto permanent production.

Since the confirmation of commercial flow rates and being placed on production, the wells are yet to achieve stabilised production rates in line with testing, meaning IMS plans to re-enter and clean out the perforated zones in order to restore production to the rates previously indicated by the test. The Company is also reviewing potential additional intervals for test, which were logged as pay but have not yet been perforated.

Reabold is pleased to report that the rig site survey for the Curlew-A prospect on licence P 2396 offshore UK has commenced, with the survey expected to be completed by the end of this week. Reabold has an effective 29.6 per cent interest in the licence via its 32.9 per cent. equity interest in Corallian Energy, operator of the licence. Curlew-A has a best estimate 2C contingent resource of 38.8 mmboe based on a CPR completed by Schlumberger Oilfield UK. 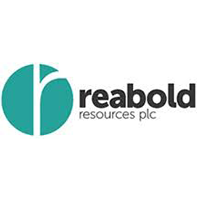 Oil rose toward $43 a barrel in London after OPEC and its allies agreed to extend historic output curbs by an extra month. Brent futures added as much as 2.6% and are heading for their longest run of

Oil prices rose on Tuesday, with traders waiting to see whether major producers agree to extend their huge output cuts to shore up prices at a virtual meeting expected later this week. Brent crude futures rose 0.91%, or

Oil prices rose early on Tuesday as market participants believed that improving demand and more supply coming off would ease the glut faster than expected. As of 10:37 a.m. EDT on Tuesday, WTI Crude was up 2.44 percent at $34.08,

Reabold Resources PLC (LON:RBD), the AIM investing company which focuses on investments in upstream oil and gas projects, has today announced the conditional acquisition of an additional 16.665 per cent. interest in the onshore UK licence PEDL 183,

U.S. benchmark oil futures settled higher on Tuesday, getting a lift from global supply cuts and signs of improving demand, following a volatile trading session that ended with the expiration of the June contract. West Texas Intermediate crude-oil

Crude oil prices rose today after the Energy Information Administration reported a crude oil inventory decline of 700,000 barrels for the week to May 8. This compared with a build of 4.6 million barrels for the previous week. The American Petroleum Institute

Oil futures rose on Tuesday, boosted by an unexpected commitment from Saudi Arabia to deepen production cuts in June in a bid to help drain the glut in the global market that has built up as the coronavirus