Remote Monitored Systems plc (LON:RMS), the AIM quoted monitoring, intelligence and security company, has announced the successful completion of a placing, arranged by Peterhouse Capital Limited, to raise £265,000 to support the continuing growth of GyroMetric Limited and Cloudveil Limited, and to provide working capital for the Group.

In addition to the Placing Shares, the Company is issuing a further 6,950,000 new ordinary shares, also at the Placing Price, in settlement of certain professional fees due through to 10 July 2020.

Braveheart participation in the Placing

As part of the Placing, Braveheart Investment Group plc (“Braveheart”) has subscribed £200,000 for 80,000,000 shares. Following the issue of the Placing Shares, Braveheart will have a beneficial interest in 199,637,590 Shares representing approximately 25.79% of the enlarged issued share capital and total voting rights of the Company.

Braveheart, as a substantial shareholder of the Company, is considered to be a “related party” as defined under the AIM Rules and accordingly, its participation in the Placing constitutes a related party transaction for the purposes of Rule 13 of the AIM Rules.

The Directors independent of the Placing, being Paul Ryan (Non‐Executive Chairman) and John Richardson (Chief Operating Officer) consider, having consulted with the Company’s nominated adviser, that the terms of Braveheart’s participation in the Placing are fair and reasonable insofar as the Company’s shareholders are concerned.

The above figure of 774,006,790 may be used by shareholders in the Company as the denominator for the calculations by which they will determine if they are required to notify their interest in, or a change in their interest in, the share capital of the Company under the FCA’s Disclosure and Transparency Rules.

Trevor Brown, Executive Director of Remote Monitored Systems plc, commented “The significant participation of Braveheart, our largest investor, will ensure that the Company has sufficient funds available not only to promote the continuing growth of GyroMetric and Cloudveil, but more importantly, to pursue a number of interesting opportunities that the Directors have identified.” 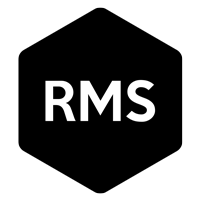 Remote Monitored Systems plc (LON:RMS) has announced an AGM statement. Antony Legge, Executive Chairman of RMS, will make the following statement at today’s annual general meeting: “Since 1 July 2020, just over one year ago, the Company’s shareholder

How the Pro-Larva mask protects against coronavirus and influenza

Pharm2farm uses a patented process for producing and functionalising nanoparticles for various applications including human, animal and crop health. Pharm2farm is a wholly owned subsidiary of Remote Monitored Systems (LON:RMS).

People on the Isle of Man are being “strongly” advised to wear face masks in crowded and enclosed places in a change to government advice. The U-turn comes after a hospital patient died from Covid at the weekend

Face masks are back for many Americans

Face mask requirements are returning to the United States in some communities and workplaces, along with directives for mandatory coronavirus vaccinations, in a new push to curb the easily transmissible delta variant of the infection that has already

Remote Monitored Systems plc (LON:RMS) has announced that, further to the announcement on 17 June 2021, it has posted to shareholders the notices of the 2021 AGM and GM which will both be held on 17 August 2021

Freedom day has arrived… But despite the lifting of Covid restrictions, many experts are warning that Coronavirus infections will continue to rise. Professor Neil Ferguson, from Imperial College London and a member of the Scientific Advisory Group for Emergencies (SAGE) said

The remaining Covid-19 coronavirus restrictions in England will be lifted on Monday, with people no longer required by law to wear masks. But the Government has said people will still be expected to wear face masks in certain

An innovative anti-viral mask, Pro-Larva, has been developed by Pharm2Farm, which kills 99.9% of COVID-19 within 5 minutes of contact. The mask not only protects the wearer but also those around the wearer, using copper nanoparticle technology. Where

Remote Monitored Systems has announced that it has signed an agreement with PIC Consultants Ltd. to supply high quality retail hydroponic nutrients for distribution in the UK market. The London-listed tech company said that under the deal, PIC

Remote Monitored Systems plc (LON:RMS) has announced that the 5-ply version of its Pro-Larva anti-viral mask, developed with Volz Filters UK Ltd, has been approved by the UK’s Medicines and Healthcare products Regulatory Agency.  The 5-ply mask has

Remote Monitored Systems PLC announced on Monday that it has signed an agreement with PIC Consultants Ltd. to supply high quality retail hydroponic nutrients for distribution in the UK market. The London-listed tech company said that under the

Remote Monitored Systems plc (LON:RMS) has announced that it has signed an agreement with PIC Consultants Ltd to supply a new range of high-grade retail hydroponic nutrients for distribution into the UK hydroponics market.  The range consists of

Remote Monitored Systems AGM to be delayed until late July 2021

Remote Monitored Systems plc (LON:RMS) has announced that the likely date for its annual general meeting will be delayed until late July 2021. This is in response to the recent government announcement regarding a delay in lifting the

People will have to continue to wear masks and social distance from those they don’t live with for at least another four weeks – after Boris Johnson extended lockdown rules tonight. A much-awaited review on masks and social