Sativa Group Plc (AQSE:SATI) and Stillcanna Inc announced that they had agreed the terms of a recommended all-share acquisition of the entire issued and to be issued ordinary share capital of Sativa by Stillcanna. The Acquisition is being implemented by means of a Court-sanctioned scheme of arrangement under Part 26 of the Companies Act.

The Board of Sativa is pleased to announce that at the Court Meeting held yesterday at 11.00 a.m., the Special Resolution was duly passed with 99% of shares represented voting in favour of the motion and only 1% against.

Further, the Board of Sativa is pleased to announce that at the General Meeting held yesterday at 11.15 a.m., all Resolutions were duly passed again with 99% of shares represented voting in favour of the motion and only 1% against.

Shareholders participating in both of the meetings by proxy held 72% of the total shares.

The outcome of the Court Meeting and General Meeting means that Conditions 2(A) to 2(E) (inclusive) (as set out in Section A of Part III of the Scheme Document) have been satisfied.

Completion of the Acquisition remains subject to the satisfaction or, if appropriate, waiver of the other Conditions set out in the Scheme Document, including, amongst other things, the sanction of the Scheme by the Court. The Court Hearing is expected to take place on 28 August 2020. It should be noted that the last day of dealings in, and for registration of transfers of, and disablement in CREST of, Sativa Group Plc shares is expected to be 28 August 2020.

Subject to the Court approving the Scheme and the Court Order being duly delivered to the Registrar of Companies, it is anticipated that the Scheme will become effective on 1 September 2020.

If the Court sanctions the Scheme it is intended that the admission to trading of Sativa Group Plc shares on AQSE will be cancelled with effect from on 2 September 2020.

Trading of the newly combined company, to be named Sativa Wellness Group Inc., is expected to recommence around early to mid-September 2020, with an application  to be quoted on the AQSE Growth Market commencing around the same time, subject to regulatory approval.

These dates are indicative only and will depend, amongst other things, on the date on which the Court sanctions the Scheme. If the expected dates change, the Company will give notice of the changes in an announcement through a Regulatory Information Service.

Words and expressions defined in the Scheme Document shall, unless the context provides otherwise, have the same meanings in this announcement. 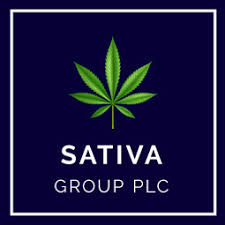 Can the UK’s post-COVID19 economy benefit from a booming medical cannabis industry?

Hannah Deacon, Co-Founder of Maple Tree Consultancy and Campaigner, ponders if the UK’s post-COVID-19 economy can benefit from a booming medical cannabis industry As the UK Government tries desperately to salvage a shattered economy, an unlikely but profitable lifeline presents itself

CBD as a novel food: the UK’s stance post-Brexit

Calls for UK Government to deliver on medical cannabis commitment

Families of children with severe epilepsy and charities are pleading with the UK government to act on its promises for easier access to cannabis-based medicines. The call comes two years after the government legalised access to them following

How can medical cannabis help the UK’s chronic pain problem?

Chronic pain is one of the most troubling and expensive issues for the NHS and patients. In fact, a recent study by The British Pain Society suggests that chronic pain affects more than 40% of the UK population, meaning that more than

What cannabinoids are found in CBD oils?

CBD oils can be purely made from seeds or they can be a combination of cannabinoids, flavonoids, and terpenes. Every CBD oil is a little bit different, and you will want to make sure you read the labels

How the UK CBD industry is thriving in uncertain times

This year covid-19 has hit hard with far-reaching economic implications for countries around the world. The United Kingdom is no exception as the economy has taken the brunt of the pandemic’s negative effects. However certain markets continue to

UK CBD market on a high

Just when you thought the ‘hype’ around CBD adoption was a passing fad, UK’s nascent CBD market happens to be among the few industries maintaining an upward growth amidst the recent COVID-19 pandemic devastation in the UK economy.

How to integrate CBD oil into your diet

The internet is awash with information and testimonies on the benefits of CBD oil and the potential that it has in alleviating a number of ailments. Whether or not some of these claims are true is yet to