Serinus Energy plc (LON:SENX) Chief Executive Officer Jeffrey Auld caught up with DirectorsTalk for an exclusive interview to discuss receiving approval for the licence extension and amended work commitment, how this benefits the company, the Sancrai prospect and plans going forward.

Q1: Now, we see that you’ve now received approval in Romania from the National Agency for Mineral Resources. Jeffrey, why did Serinus Energy apply for the license extension?

A1: Well, we have what’s called an exploration license in Romania and the terms of that license mean that every three years you make a commitment to the government of things you’re going to do on that license and that allows you to keep the license.

We had made a commitment many years ago now to do 3D seismic as part of the commitment to maintain the block and we had gone ahead and we were all ready to go on that seismic in March of this year and of course, then the pandemic came along. The seismic crew is about a hundred people and we had restrictions on large gatherings so the restrictions that were put in place to help fight the pandemic meant that we just couldn’t do the seismic. We were planning to have that seismic done in time for the exploration of that commitment which was happening in October so the end of this month.

So, we went to the government and said, look, there’s circumstances beyond our control, we need to do two things, we need to extend the term so that we have some time to fulfil our commitments and we’d like to change the commitments. We had a very, very constructive conversation with the government, they were, I have to say, I’m very, very impressed with the behaviour of the Romanian government, so they offered us a one year extension and that will run the license to October 2021.

So, why did we ask for this?

Well, firstly, because we couldn’t fulfil the commitment and secondly, we very much think that we’re in a situation where actually drilling wells is a better use of our commitment dollars. So, we asked to change the commitment from doing seismic, which takes a long time, you actually perform the seismic operation then you have to get the interpreted results from that and only then do you have targets that you can go drill to find more gas. Whereas we think we have gas that we can drill immediately so we took the opportunity to say to the Romanian government that instead of this commitment, can we do this commitment and, like I say, they were very accommodating. So that’s why we asked for the change.

Q2: What benefit does the company derive from having this extension then?

A2: I think the benefit in terms of having economically returning prospects sooner so, like I said, the seismic takes a while until you can take all the information, put it together then go drill on that information and then produce gas and get cash flow out of it. So, by swapping the seismic for drilling, we’re accelerating the economic returns so we will drill and we will be able to produce faster.

The government has allowed us now to include the 1008 well as a commitment well so in effect, the $3 million that we were going to spend on the 1008 well, we were going to spend that anyways but now it gets counted as a commitment. So, it’s very, again, thoughtful of the government to make sure that activity is continuing but giving us a little bit of a reduced commitment because we’ve essentially reduced the commitment by about $3 million.

The other benefit of the change of commitments is we get to take a look at one of the fields that we believe lies almost due south of Moftinu, and it’s called the Sancrai field so instead of doing seismic, we have the potential to open up another gas field and the sort of development that we did at Moftinu can be done at Sancrai.

Q3: Now, obviously you know Romania well, how long do you think the further extension might be for?

A3: Well, I know Romania well but I don’t know pandemics very well. The problem with forecasting that is to understand how the pandemic is going to play out, not just in Romania, but in Europe and around the world.

My best guess, and it is truly just a guess, I would guess that we would get another year because I think Romania, again, has been very responsible in how it’s handled the outbreaks and I don’t believe that the government is going to lift this state of alert prematurely.

So, I would expect that into the first, possibly the second quarter of next year, the country will be under the state of alert and therefore that would run to a year. So, when that gets added on to the license, we end up just having ample time to do things even in the face of a pandemic, which is slowing operations down, there’s no secret that the effects of the pandemic slows the ability of companies in all industries, slow their ability to progress as they normally would.

Your question was how long, I guess about a year but whatever it is, it’s ample time for us to be able to fulfil the commitments, even in the current environment.

Q4: As you say, you’ve received amended work commitments, how does that impact your plans going forward?

So, a seismic crew, like I said, is about a hundred people, whereas the drilling crew is much smaller so what it does is it gives us more flexibility in the face of the pandemic, we can still do work whereas with the seismic commitment, there was nothing we could do, we couldn’t move that number of people.

So, one of the very clear benefits is that it allows us to progress our plans and we’re not sitting there hung out and waiting for things to resolve themselves. To that end, we actually had our COVID-19 drilling exercises, drill of the practice, so we did that yesterday with the drills, and this is to plan the eventuality of someone on a drilling crew gets COVID, what we do.

So, we’re able now with these new commitments to work, to proceed, whereas with the seismic before, there was very little we could do. A lot of what you do to prepare for drilling is done on desktops so you actually plan the well out on paper and we can do that with people working remotely, we can do that with conference calls.

The change in commitment is bigger than just having opportunities to drill it, it means we can do things in this period and that’s very, very powerful for us.

Q5: You mentioned Sancrai earlier, why was Sancrai selected as a commitment?

A5: Sancrai sits about 10 kilometres south of Moftinu, it’s got legacy 2D seismic from the 80’s and 90’ssitting over top of it and we’ve done some 3D seismic that covers the prospect.

So, Serinus Energy has a good understanding of the prospect, it’s close to Moftinu it is of a depth that when we make these commitments, the government asks us to commit to a certain depth and so it is of the right depth but more importantly than satisfying the government’s objectives, it really is a great opportunity to open up another gas field.

The 10 kilometres away from Moftinu is important as well because we have access in the Moftinu gas pipe to add in other wells so we still have capacity to add in wells so a first discovery can be produced early and early production system by running a flow backup to the Moftinu  plant while a Sancrai gas plant was being built.

So, there’s a lot of things that make this a really interesting prospect, when I stepped in as CEO of this business, it was sitting there as a very, very attractive prospect but we needed to get Moftinu finished first.

So, it was selected because it’s a lower risk prospect, its proximity to Moftinu so we can do early production and we think of an attractive size so it’s got a lot going for it. 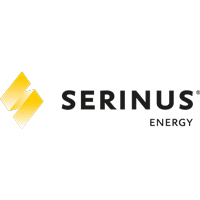 Oil climbs on drop in US oil stockpiles

Oil prices rose on Wednesday, extending overnight gains, after industry data showed a drop in U.S. crude inventories, which reinforced OPEC’s robust demand outlook, and as the shutdown of the biggest U.S. fuel pipeline headed into a sixth

Serinus Energy plc (LON:SENX) has announced the release of its interim results for the three months ended 31 March 2021. HIGHLIGHTS Operational ·      Serinus Energy plc and its subsidiaries (“Serinus”, the “Company”, or the “Group”) have continued to operate

Serinus Energy plc (LON:SENX, WSE:SEN) has announced that Rhonda Yaniw, Head of Corporate Administration for Serinus, has subscribed for 100 new ordinary shares in the Company at a price of 3p per share. This will ensure that the forthcoming

Oil prices recouped earlier losses and were rising by more than 1 percent on Monday morning, after the European Union unveiled a plan to open its borders to vaccinated tourists, giving more hope to oil bulls that economies

Serinus Energy plc (LON:SENX) has announced that its audited annual report for the year ended 31 December 2020 has been released and is available on the Company’s website. Serinus has received an unqualified audit opinion from BDO for

Oil to hit $80 on largest ever demand jump

Goldman Sachs expects global oil demand to realize the biggest jump ever over the next six months, the investment bank said on Wednesday, keeping its bullish forecasts for oil prices this summer. Higher demand for travel and acceleration

Energy stocks are set to open higher, rebounding from a stretch of losses this week and seeking to carry over yesterday’s gains.  Oil prices have recently turned higher.  Earnings results continue to pick up across the sector. Oil

Serinus Energy plc (LON:SENX) has announced that a Notice of Meeting has been posted to shareholders and filed for the Company’s Annual General Meeting to be held on 13 May 2021 at 2nd Floor, The Le Gallais Building,