“These are exciting times for TomCo and I am particularly pleased with the considerable progress that has been made in recent months with our focus on Greenfield Energy LLC and its plans to pursue the construction of an initial 5,000 barrels of oil per day production facility at the earliest opportunity.

“On 9 June 2021, we announced Greenfield’s potential acquisition of up to 100% of the ownership and membership rights and interests in Tar Sands Holdings II LLC.  Greenfield has now paid a total non-refundable deposit of US$300,000 to secure an exclusive option to acquire an initial 10% of the Membership Interests for US$2 million, payable on or before 1 October 2021.  The deposit of US$300,000 can be credited against the US$2 million cost of acquiring 10% of the Membership Interests.  Assuming a successful completion of the acquisition of the initial 10%, Greenfield will then have an exclusive option, at its sole discretion, to acquire the remaining 90% of the Membership Interests for additional cash consideration up to 31 December 2022, as detailed in the 9 June 2021 announcement.

“TSHII owns approximately 760 acres of land and certain non-producing assets in Uintah County, Utah, USA.  Subject to securing the requisite funding and the completion of satisfactory due diligence, Greenfield plans to use the Site, if ultimately acquired via TSHII, for the potential future mining of oil sands and construction of a commercial scale processing plant.  The Site has existing infrastructure, plant and equipment, together with an existing Large Mine Permit No. M0470032, that could facilitate any future development by Greenfield.

“Greenfield is in advanced discussions with potential off-takers of both oil and sand from the Site and the results from the due diligence exercise, that is substantially complete, have so far been positive and it appears ideally suited for the construction, subject to funding, of Greenfield’s first commercial scale plant. Whilst there can be no certainty that the due diligence exercise will be satisfactorily concluded or that Greenfield can secure the required funding to complete the acquisition of 100% of the Membership Interests, I remain optimistic, based on discussions to date, that the process can be completed and the required funding secured.

“Just over two months ago, on 2 July 2021 we announced that Greenfield had successfully completed all of its planned trial work utilising Petroteq Energy Inc’s existing oil sands plant at Asphalt Ridge, Utah (the “POSP”).  This provided the essential data and information that was required to inform the FEED (Front-End Engineering and Design) study, together with providing valuable knowledge that we believe can be utilised in commercial scale plants.

“Further to an agreement reached with Valkor LLC (“Valkor”), as announced on 26 August 2021, TomCo now owns 100% of Greenfield, with full control, thereby affording TomCo’s shareholders the opportunity to fully benefit from Greenfield’s significant potential, whilst retaining Valkor as a valued stakeholder and planned substantial shareholder in the Company.  The consideration for the acquisition only becomes payable upon Greenfield receiving funds from, or drawing upon, a loan or credit facility in connection with the construction of an oil sands processing facility as specified in the FEED study, which I believe serves to demonstrate Valkor’s confidence in our plans and ability to deliver.

“To assist Greenfield in progressing its plans for the Site and the securing of further funding to develop and acquire the membership interests in TSHII, the Company has engaged specialist oil and gas industry advisers experienced in the structuring and securing of such financings.  They are currently exploring a number of potential funding options.

“Additionally, Greenfield has commenced detailed engineering and design work in connection with its future plans for the Site including engaging Stantec Inc, a global design and delivery firm with extensive experience in the oil and gas and mining sectors, on mine planning for the Site, and working with Netherland Sewell & Associates, global petroleum consultants, on a Site reserves report, together with other preparatory work.  This is in addition to the continuing detailed engineering design and planning work being undertaken by Valkor.

“The focus of everyone at TomCo remains firmly on completing the remaining due diligence on TSHII and the Site, and progressing the necessary funding package in order to, inter alia, secure the initial 10% Membership Interests and further progress the detailed planning to pursue construction of an initial 5,000 bopd facility at the earliest opportunity.  These are very exciting times for TomCo as we look to realise Greenfield’s significant potential.” 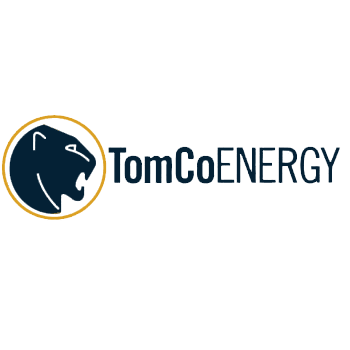 TomCo Energy plc (LON:TOM), the US operating oil development group focused on using innovative technology to unlock unconventional hydrocarbon resources, has announced a placing to raise gross proceeds of £0.925 million, an update on the funding plans for