Zenith Energy Ltd (LON:ZEN) the listed international oil & gas production company operating the largest onshore oilfield in Azerbaijan, today provided an update on the completion of the placing in Canada announced on August 1, 2019.

As announced on August 1, 2019, the Canadian Placing resulted in the issue of new units at a price of CAD$0.04 consisting of one common share of no par value in the capital of the Company and one full common share purchase warrant, exercisable within 12 months at an exercise price of CAD$0.10

An application for the Common Shares to be listed on the standard segment of the FCA Official List and to be admitted to trading on the London Stock Exchange Main Market for listed securities will be made within 12 months of the issue of the Common Shares.

The Company, as announced on August 1, 2019, intends to use the proceeds of the Canadian Placing to fully fund the execution of well deepening operations in wells C-37 and C-30 of the Jafarli field.

The Company wishes to announce, in accordance with the Financial Conduct Authority’s Disclosure Guidance and Transparency Rules, the following information following Admission of the Common Shares issued in the Placing:

No Common Shares are held in treasury. The above figure for total number of Common Shares may be used by shareholders in the Company as the denominator for the calculations by which they will determine if they are required to notify their interest in, or a change to their interest in, the Company under the Financial Conduct Authority’s Disclosure Guidance and Transparency Rules.

“I am very pleased that this offering was for the most part subscribed by large, existing shareholders including Mr. Dean Clark, as well as two highly respected UK institutional investors who I thank for their valuable support.

In reflection of my unchanged confidence in the value of the Company’s equity, I have also participated in the Placing and further information regarding my subscription will be provided to the market through the applicable disclosures in the days ahead.

It is no exaggeration to state that the potential of C-37 well deepening operations makes this one of the most exciting moments since Zenith’s inception.” 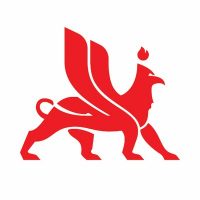 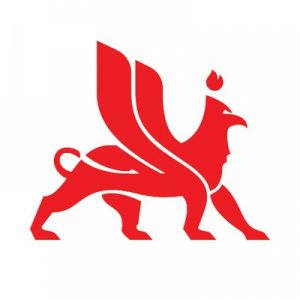 Zenith Energy (LON:ZEN), the international oil & gas production company, has today announced the establishment of its fully owned Norwegian subsidiary, Zenith Energy AS (“Zenith Norway”). As announced on December 9, 2019, Zenith intends to use Zenith Norway as a

Zenith Energy (LON:ZEN), the international oil & gas production company, has today announced a Private Placement on the Merkur Market of the Oslo Stock Exchange. The Company has successfully raised gross proceeds of NOK 11,105,882 (approximately £935,000 or

Zenith Energy (LON:ZEN), the international oil & gas production company, has today announced that it has entered into the put and call option agreement with Anglo African Oil & Gas plc (“AAOG”) over the residual holding of 20 percent in

Zenith Energy (LON:ZEN), the international oil & gas production company, has today announced that it has entered into a term sheet for a Put and Call Option Agreement with Anglo African Oil & Gas plc over the residual holding of

Zenith Energy (LON:ZEN), the international oil & gas production company, has today announced that it has engaged Mr. Bienvenu Briss Aleba as an advisor in view of its planned future activities in the Republic of the Congo. Mr.

Zenith Energy (LON:ZEN), the international oil & gas production company, has today announced that it has reached an agreement to provide a secured loan facility to Anglo African Oil & Gas plc for a total amount of £250,000.