Zinc Media Group plc (LON:ZIN), the TV and multimedia content producer, has announced an update regarding its recent television and production commissions. Further information can be found on the latest projects at https://www.zincmedia.com/news/ and on all Zinc Media social feeds.

The new commercially funded podcast from Zinc Communicate celebrates women in music. Hear Her Voice, is an eclectic and extensive six-part series delving into the world of women in music, celebrating the voices, talent and artistry of creative famed females from across the globe.

Developed for Universal Music group and hosted by enigmatic broadcaster Laura Whitmore, Hear Her Voice features Laura in conversation with an all-star guest list of DJs, comedians and recording artists.

Produced by Tern Television, part of Zinc Media Group, the new series for BBC Two and BBC iPlayer follows the Line of Duty actor as he returns to Scotland from his family home in Las Vegas. One of Britain’s most recognisable actors, Martin Compston, is embarking on an unforgettable trip around his beloved homeland in a new series co-commissioned by BBC Scotland and BBC Factual.

Reuniting with his friend Phil MacHugh, together they set off on an immersive and personal journey to showcase what makes modern Scotland tick, finding out who are the people and places shaping the future of one of the greatest small countries in the world today.

Zinc Communicate and Sustainable Travel International announces a partnership to produce ‘SUSTAINABLE TRAVEL: WHERE NEXT?’ an inspiring documentary series about the people and organisations that are transforming travel.

The documentary series will investigate how the tourism industry is coming together to rebuild a more sustainable future and protect the destinations and communities at the heart of travel.

Tern has established itself as the home of popular returning factual programming. With series across BBC One, BBC Two, Channel 4 and BBC Scotland enjoying multiple series and now going-on to flourish overseas.

A RTS programme award nomination for the ITV special 9/11: Life Under Attack

The programme 9/11: Life Under Attack has been nominated for a prestigious RTS programme award. It told the story of the Twin Towers attack using previously unseen UGC footage from New Yorkers living in the city on the day of the attack. It was produced for ITV in association with France Televison, The History Channel and VPRO.

“We have made significant strides progressing our projects in recent weeks and are proud to be covering topics highly relevant in the world today. Our productions continue to go from strength to strength. We have a number of developments in the pipeline and look forward to providing shareholders with further updates in due course.” 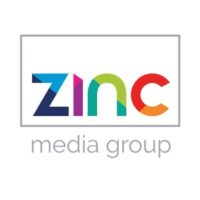 How Zinc Media are building a really solid business in content creating (LON:ZIN)

Zinc Media’s Mark Browning discusses the acquisition of The Edge, how the deal was structured, what it means for the company, key shareholders and what investors can expect in the coming months in this exclusive interview with DirectorsTalk.

Zinc Media Group plc (LON:ZIN), has confirmed, further to the announcements made at 7.00 a.m. and 7.01 a.m. today, the successful completion of the Fundraise at the Issue Price of 100 pence per share. The Fundraise has conditionally

Zinc Media Group plc (LON: ZIN), an award-winning television, brand and audio production Group has today announced that it has conditionally agreed to acquire the entire issued and to be issued share capital of The Edge Picture Co Limited,

Zinc Media Group plc (LON:ZIN), the TV and multimedia content producer, has announced a trading update ahead of its Annual General Meeting for the year ending 31 December 2021 being held today. In the last four weeks since

Zinc Media Group plc (LON:ZIN) Chief Executive Officer Mark Browning caught up with DirectorsTalk for an exclusive interview to discuss the highlights from their final results, significant programme success and how they continue to diversify their revenue base.

Zinc Media Group plc (LON:ZIN) CEO Mark Browning joins DirectorsTalk Interviews to discuss results for the year ended 31st December 2021. Mark talks us through the highlights, a number of significant programme successes during the year, how the Group

Zinc Media Group plc (LON:ZIN) has announced its audited results for the year ended 31 December 2021. Headlines The Group is pleased to report significant progress in 2021, including the following highlights: ·      Revenues for the year to 31

Zinc Media Group plc (LON:ZIN), the TV and multimedia content producer, has announced the launch of a new television label, Rex, to address the growth in popular factual and documentaries genre. This new label will be led by BAFTA-winning programme

Zinc Media Group’s Mark Browning discusses what the company does, its typical clients, highlights from their recent trading update and what investors can expect in 2022 in this exclusive interview with DirectorsTalk.

Zinc Media Group plc (LON:ZIN) CEO Mark Browning joins DirectorsTalk Interviews to tell us more about the company. Mark explains for us what Zinc Media does, how it performed in its latest trading update and what investors can look