Zotefoams Q&A “very excited about the portfolio for growth” (LON:ZTF)

Zotefoams plc (LON:ZTF) Chief Executive Officer David Stirling caught up with DirectorsTalk for an exclusive interview to discuss the highlights from their interim results, growth factors generating good momentum, record sales for H2, Poland facility and the outlook for the rest of the year.

Q1: David, interim’s just released, can you talk us through the main highlights please?

A1: Highlights in the first half are obviously a very difficult set of market circumstances, as everyone knows, mainly driven by reaction and restrictions around COVID. We took the decision to close one of our UK factories, in fact globally close our factories for a very short time, assess how things were, and within a  week had restarted everywhere.

We focused first and foremost on the health and safety of our staff, we are lucky in that they have good IT systems, a lot of people can work from home and the people who are factory-based we have plenty of space in our facilities for social distancing. So, we we’re able to operate with some minor adjustments in a safe manner, our supply chains are operating efficiently but demand was very depressed particularly in markets like aviation, automotive, some sports and leisure etc. as you’d expect and some building  and construction.

We’ve worked very hard to refocus the business on areas where we can see at top line benefit and I think we’re now in a very fortunate position that all our factories are operating at record output levels. We expect a record second half of the year and in the first half of the year, we made a profit, we came in well within expectations of our cash management and cost management and so proved that we can, even in different circumstances in the first half, run the business effectively and generate cash.

We did take some government support and that’s all since been repaid and we have reinstated our dividend which we had suspended for just prudence purposes in the very uncertain environment.

Q2:  What can you say about the specific growth factors that generated good momentum in the late Q2?

A2: Well, there are quite a few things that we’ve been working on for a while profile, the first of those is footwear, we have an exclusive agreement with Nike, who obviously are the biggest sportswear brand in the world and we supply material into high end footwear and we expected that business to be relatively stable in the first half and see very significant growth in the second. That has started late, very late in the first half really, that growth is starting to come through with new products that Nike and Zotefoams have been working on together.

We also have been investing quite a lot in technical insulation for cleanroom, biotech pharmaceutical, food and dairy processing and those markets are operating slightly differently than they were before but still very active and so, even despite COVID, our products are gaining traction in those.

Finally, one of our largest customers, in fact, our largest UK customer, has been working with government departments to provide visor systems, PPE, for the NHS and so we’ve been participating in that. Again, that started late in the first half and is expected to continue through most of the remainder of this year.

Q3: Can you tell us more about how you expect the second six months to deliver record sales beating, obviously, the previous half of the year, I think sales of £43.1 million?

So, driven primarily by these three main programmes that I’ve outlined just a moment ago, but an expectation for the wider market is that actually it remains fairly subdued, we don’t really see major restarts in things like automotive or aviation, construction etc. Some of them are actually in the early signs of improvement but it’s not a working assumption so it’s core markets being fairly subdued plus those growth opportunities I’ve outlined.

A4: The Poland facility is towards the end of our three or four year programme to increase capacity and capability, globally, so by the time it finishes we’ll have invested £70 million across our US facility or UK facility and included in that £70 million, about just over £20 million in Poland. It gives us another large full manufacturing facility and it’s ab out 20% to group capacity and  it would have been ready about now to be honest, if it wasn’t for QCOVID, partly we have slowed it down and partly it’s been difficult to get contractors and machinery suppliers in but we expect that to be able to be ready in late in the second half.

If we see a recovery, we will start the facility with about eight weeks’ notice, if our working assumption is that that recovery is a bit farther away than that so we would complete the facility, it would give us the ability to react but more likely to be started up in early 2021. We haven’t made the final decision on that but it’s a facility where that stage one of that investment, it completes our major capex programme, it means that the amount of capital we are spending is going slow down very rapidly to more in line with our depreciation going forward and that makes the business extremely cash generative.

Q5: Just looking forward, how would you describe the outlook for Zotefoams?

A5: Well, I think we’ve talked about the short term. The medium term outlook, the longer term, we’re providing materials where sustainability is key on the agenda, foams are typically good insulators, they use less materials, they make cars, planes lighter, they make people safer impact protection or lighter, less jarring footwear, that sort of thing.

So, we’re in a whole load of markets where we feel foams are structural growth opportunities and I think despite the current circumstances, I’m still very excited about the portfolio that we have for growth. 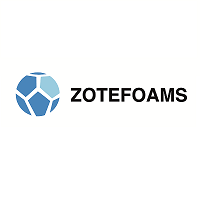 Zotefoams Q&A “recovery in many of our core markets” (LON:ZTF)

Zotefoams’ David Stirling discusses their preliminary results, measures taken to demonstrate resilience and flexibility, their Poland facility, plans for resource for the mono-material barrier packaging solutions and delivering significant growth this year in this exclusive interview with DirectorsTalk.

Zotefoams plc (LON:ZTF) CEO David Stirling joins DirectorsTalk to discuss a solid set of preliminary results. David talks us through the highlights, the measures taken that created resilience and flexibility over the past year, what the Poland facility will

Zotefoams plc (LON:ZTF), a world leader in cellular materials technology, will announce preliminary results for the year ended 31 December 2020 on Tuesday 23 March 2021. An analyst meeting will take place at 9.30am on the day. Analysts

Zotefoams’ David Stirling discusses commencing production at their new plant in Poland, how they will increase flexibility and responsiveness, what will be produced at the new plant and what the current & future benefits are in this exclusive interview with DirectorsTalk.

Zotefoams plc (LON:ZTF) CEO David Stirling joins DirectorsTalk to discuss production at its new plant located in Poland. David explains why they chose this location, how the plant is key to increasing flexibility and responsiveness, what is specifically being

Zotefoams plc (LON:ZTF), a world leader in cellular materials technology, has announced that the new state-of-the-art plant located in Brzeg, south-west Poland, commenced production this month. The £23million plant was built in a key strategic move to increase

Zotefoams plc (LON:ZTF), a world leader in cellular materials technology, has announced that David Stirling, Group CEO and Gary McGrath, Group CFO will host a virtual tour of the Polish factory, where production has commenced, and an investor