AMTE Power Plc (LON:AMTE), the developer and manufacturer of lithium-ion and sodium-ion battery cells for specialist markets, has provided an update ahead of announcing its full year results for the year ended 30 June 2022.

AMTE is a leading high-performance battery cell developer and one of the only companies manufacturing battery cells in the UK today with established commercial partnerships in place. The business operates at the heart of the UK’s drive towards net zero carbon emissions and has a range of high-performance lithium and sodium ion cells along with an extensive IP portfolio. AMTE is currently focused on the delivery of high-performance cells into the energy storage and specialist automotive markets.

o  Cells manufactured on GigaFactory equipment at UKBIC delivering exceptionally well against the Company’s target specification at ever increasing volumes.

o  Planned to commence production at Thurso later this year for delivery to customers for initial evaluation and project and supply validation.

·      AMTE Power plans to have its new, state of the art 0.5GWh MegaFactory in Dundee ready within three years. The facility will be capable of producing more than 8 million cells with a revenue stream in excess of £200m.

·      Company is trading in line with the Board’s expectations.

AMTE Power continues to make good progress in accordance with its plans across its three core cell products: Ultra High Power, Ultra Safe and Ultra Prime. These differentiated products are focused on the high power, specialist automotive and energy storage sectors, with properties outpacing other cells currently in the market. The business currently has a number of key commercial opportunities for its products and a strengthening overall pipeline of opportunities being discussed with an unweighted value in excess of £240m.

The Ultra High Power cells that are currently being produced on GigaFactory production equipment at the UK Battery Industrialisation Centre (‘UKBIC’) are delivering exceptionally well against the Company’s target specification, at ever increasing volumes. Testing shows a very low internal resistance, which allows both very fast charging and exceptional power delivery.

Extensive trials have taken place and whilst tests are still ongoing, the cells have consistently achieved a full charge within six-minutes in initial testing, with further tests planned in the coming weeks. This builds upon 1,000 charging tests previously completed and supported by Imperial College.

The Company has currently signed five non-binding memoranda of understanding for the cell with key automotive partners as it moves toward supply contracts that will be supported by AMTE’s Dundee MegaFactory scale up, as announced on 28 July 2022. Combined, these steps will significantly reduce risk of delivery.

With the continued challenges on pricing of key materials for batteries, there is significant interest in AMTE Power’s sodium ion cell, Ultra Safe, for energy storage systems. This cell uses no lithium, cobalt or copper and is more cost effective, safer and sustainable than lithium cells. It is, therefore, viewed as a natural alternative for many applications to lithium-based battery products, with interest and engagements through much of the value chain from major energy generators to home energy storage producers.

Cell development is nearing completion, with the cell having reached its energy density specification of 140 Wh/kg. It has been designed for energy storage applications and is planned to commence production at Thurso later this year for delivery to customers for initial evaluation and project and supply validation. In March 2022, the Company announced a contracted initial order of 1,000 cells from AceOn for its portable energy storage unit. The Board anticipates that further contracts will be entered into as AMTE prepares to invest in its Dundee MegaFactory.

Ultra Prime is a non-rechargeable cell designed for use in some of the most difficult environments on earth, with very high energy density and high-temperature performance. This cell also has a low self-discharge, making it well suited for applications where temperature, access and long duration of charge retention are key considerations.

AMTE Power’s Ultra Prime cell continues to progress to schedule and to demonstrate the performance expected. AMTE Power has a contracted supply agreement in place for this cell and is now progressing to initial supply and trials with that customer.

In order to execute on strong interest from customers of its Ultra High Power cells, the Company is seeking to utilise the UKBIC where the UK Government has invested £130m into a high-rate cell production facility. Discussions are ongoing with the UKBIC in relation to this, with the expectation of initial customer purchase orders being contracted later in the year, followed by larger volume contracts, underpinning the construction of the Dundee MegaFactory.

For its Ultra Safe cell, the Company will look to utilise its Thurso site to initially supply product to customers, prior to moving to the Dundee MegaFactory.

For its Ultra Prime cell the Company will look to utilise its Thurso site to supply product to customers with initial sales expected to commence in FY2024.

Focusing on the Thurso production facilities and UKBIC will enable AMTE Power to leverage its competitive advantages and development pipeline to drive the next stage of its growth towards the MegaFactory.

AMTE Power plans to have its new, state of the art 0.5GWh MegaFactory in Dundee ready within three years. The facility will be capable of producing annually more than 8 million cells with a revenue stream in excess of £200m.

Due to the high value nature of AMTE Power’s products, a factory can be profitable at a smaller scale than the size of factories at multiple GWh size, benefiting from quicker commissioning time, more flexibility in location, less investment and a faster path to profitability. AMTE Power considers this as a strong stepping- stone towards building GigaFactories in the future.

AMTE Power has received an indicative offer letter from Scottish Enterprise regarding a potential package of funding and business support and discussions continue towards a final grant. The Company will provide further updates as appropriate.

The Company’s Australian joint venture company, Bardan Cells, continues to pursue its commercialisation strategy to manufacture, leveraging the Ultra Storage cell which is planned to be completed in the calendar year.

The Directors believe that installations of home energy storage batteries will rise from 6GWh in 2019 to 155GWh annually by 2030 (Source: Bloomberg). Currently only five per cent of the energy used to heat homes today comes from low-carbon sources and massive growth is expected as part of the transition to net zero in the next 15 to 20 years.

In the electric vehicle market, the UK Government has set a 2030 deadline to end the sale of petrol and diesel cars. In addition, legislation is coming into force in just two years’ time which will stipulate that batteries for electric vehicles made in the EU or UK need to be manufactured with at least 50 per cent of locally sourced materials by value in order to avoid tariffs.

The Company is trading in-line with the Board’s expectations and expects to announce its full year results for the year ended 30 June 2022 in November.

As AMTE Power progresses towards commercialisation of its high-performance advanced cells and building its MegaFactory, the Board is undertaking a process to complement the senior executive and wider management team in order to put in place additional skills and expertise for the next stage of the business’ growth.

AMTE Power’s Chief Financial Officer, James Hobson, has advised the Board that he has received an approach concerning a new role, which he is considering. He would in any case not leave AMTE until 30 November 2022, and will play a full and active role in the business and support a seamless transition.

“It is an exciting time for AMTE Power. We are on the cusp of commercial volume production for our high-value cells, and we continue to see a huge amount of customer interest in our products. Our products and expertise will play a fundamental part in the UK energy transition, and we remain passionate about reaching a net zero economy.

We are today confirming that the business is trading in line with our expectations. Looking ahead, the AMTE Power team is working incredibly hard on all fronts to deliver on our range of products and strategic goals. We look forward to keeping all stakeholders updated on our future successes.” 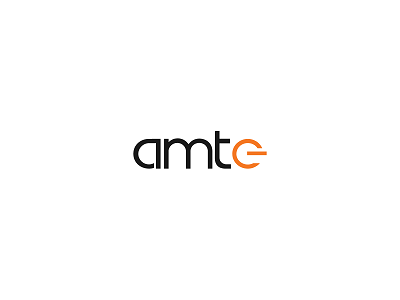 AMTE Power plc (LON:AMTE), the developer and manufacturer of lithium-ion and sodium-ion battery cells for specialist markets, has announced that it has signed a contract to manufacture its Ultra High Power cells at UKBIC in Coventry to support the next

At a fork in the road: Do hydrogen cars offer a better future than electric?

Sales of battery electric cars (BEVS) are on the rise across Europe and according to the annual Global Electric Vehicle Outlook, more are sold each week now than in the whole of 2012. But despite the increasing popularity,

Why batteries are powering the hydrogen revolution too

Alongside hybrids and battery-electric vehicles (BEVs), hydrogen fuel cell electric vehicles (FCEVs) are set to be an important part of decarbonising transport and getting to net zero – with companies like Hyundai, Toyota and Honda already investing in

AMTE Power, a UK-based manufacturer of batteries, has said its new sodium-ion cells are close to being ready to send out into the field for testing and validation by select customers. The company makes battery cells aimed at

AMTE Power appoints Alan Hollis to the Board

AMTE Power Plc (LON:AMTE), a leading manufacturer of battery cells for specialist markets, has announced that, following its trading update on Tuesday 23 August which referred to broadening management team plans as part of the Group’s maturing status and

“AMTE has been developing its technology since 2014,” says Dave Pell, AMTE Power’s Commercial Director.  “We’ve got to a point where we’re scaling that technology up and the next logical step for us was to move from a

Budding battery producer AMTE Power has signed a memorandum of understanding with automotive engineering company Cosworth. The company may use AMTE’s “ultra high power” cells in their specialist electric vehicles that cover many sectors. Cosworth is known chiefly

Oxfordshire-headquartered battery cell manufacturer AMTE Power has signed a memorandum of understanding (MoU) with an automotive engineering company to support the development of next-generation electric vehicles. The non-binding agreement with Cosworth paves the way for AMTE Power to

AMTE Power, a leading battery cell manufacturer, has selected Dundee as the preferred site for its first MegaFactory in a boost to the UK’s ambitions to produce homegrown battery cells for a net zero society. The new factory

AMTE Power Plc (LON:AMTE), a leading manufacturer of battery cells for specialist markets, has signed a memorandum of understanding with automotive engineering company Cosworth to support the development of next-generation electric vehicles. The non-binding MoU paves the way for AMTE

AMTE Power – our work at the UK Battery Industrialisation Centre

AMTE Power Plc (LON:AMTE), the developer and manufacturer of lithium-ion and sodium-ion battery cells for specialist markets, has advised that the Board of Directors has approved a new execution strategy and identified Dundee, Scotland as the preferred site