Deltex Medical Group plc (LON:DEMG) Chief Executive Officer Ewan Phillips caught up with DirectorsTalk for an exclusive interview to discuss their full year results, what’s been happening operationally, their strategy for the next 12 months and what investors should look forward to in the near future.

Q1: You released full year results this morning, can you talk us through the 2017 highlights?

A1: We’d had a good first half, the second half was more difficult, so we advised everybody in January that the sales in the second half didn’t quite come to where we wanted them to be, we can move on to why we think that this and what we’re doing about it as we go on with that.

Underlying that, we made quite a lot of progress on our primary goal which is to get the business feeding its own operations out of its own cash flow. So, we halved the operating cash consumption from £1.8 million to £0.9 million and coming into this year, we’ve annualised another £1 million of cost of which we’ll see the benefit of probably two thirds/three quarters of that in the current year.

We also improved the margins quite a bit, so we offset entirely the small decline in revenues with a pretty big gain in the margin.

So, there’s some real highlights in there and it’s really all about where we go from here rather than how we got here.

Q2: Like you say, the start of 2018 has been quite busy for Deltex Medical, can you tell us what you’ve been doing operationally?

A2: We’ve had some really quite major developments, new from in France where we’ve always had quite a big presence in Paris, we got the tender for the Paris hospital systems, what they call their semi-invasive cardiac output monitoring so that means they’re going to put 70 new monitors in which they’re buying from us not far short of cost price. It’s an 8-year deal and it’ll be worth a minimum to them of €4 million but based on past performance, we’d expect it do a reasonable amount better than that which will come through to us so that’s a big win.

In the States, we’ve picked up one of the real old-school highly reputable top ten US teaching hospital, so our immediate focus is to start to work through that system we’ve got going in the flagship hospital in the first quarter. We are soon to be on track that we’ll get started in at least one, hopefully two, of the sister hospitals this quarter and pick up the other three before the end of the year so that on its own is actually quite a big driver of revenue and growth, it’s also a really good account. I was in there on Thursday last week meeting the key guys there, really keen to work with us in terms of shifting forward the story, the positioning, the way you implement that and that’s really positive and those are the sorts of people that a lot of other people will listen to and follow so that’s exciting.

I think, for me, probably the biggest thing in the first quarter was the publication of the FEDORA trial, it’s very big, biggest ever clinical trial using our kit, that was a randomised trial, we’ve got a bigger trial which is with Birmingham NHS and they keen on showing the same thing so to some extent that’s more of the same, but it ticks the box technically.

Really, FEDORA is really important because it shows that if you go and do this over a large number of patients billed as a moderate to low risk, so the people are not thought to be particularly at risk of harm, you can avoid an awful lot of harm. 75% reduction in complications in big, complications are nasty to suffer, they’re expensive to treat, US hospital costs about $8,000, UK it’s about £8,000 additional costs for a patient with complications versus one without. On average, they knock at least 7 years off the patient’s life when they suffer them, so you really don’t want to have one, nasty, expensive, shorten your life. So, we’re showing that even the patients who are often thought to be not that high risk, you can have a profound difference, that was 17/18 people out of 200 taken out of complications altogether and those that had them did quite a lot better.

So, it’s a pretty fundamental, we’re shifting our story onto a patient’s safety as much as a quality and improvement one. So, I see that as absolutely fundamental and really helps to underpin that we’ve got a real platform to move forward from.

Q3: What does the Group’s strategy look like for the next 12 months?

A3: Two main focusses for me. One, we need to carry on with our product development programme which we’re ticking off, we’ve just announced today that we’ve adding in an extra product, it’s a software upgrade but it’s very high-end. For the first time ever, you can see the various elements, the three elements of haemodynamics; flow, pressure and resistance, all in one place, being update 180 times a second. So, we think certainly for those that are interested, that’s going to move things forward a generation so that’s a pretty key thing. We’ve added in non-invasive technology last year, we’re working on a few other bits and pieces and that will culminate in about 18 months to 2 years’ time with the release of a shiny new monitor but the bits that really drive the care for the patient which are coming through the next 12-15 months.

On top of that, we need to get on with changing the story, I think my view very strongly is that the story we’ve been telling – if a patient is high enough risk, if you do this, they do well – if they’ve got an agreement that too many reasons for people to decide that the next patient isn’t sufficiently high risk. So, we’re just trying to change that story around that to start with risk assessment, really understand what the chance are for a doctor that their patients are suffering haemodynamic; comprised under their care and respond to that appropriately. It doesn’t necessarily mean the full interventions, where we want, but it certainly means keeping an eye on them and using the monitoring to see patients, who’ve got people going from an ok base to a not so good base and do something about it.

So, that shift since we started that conversation is going very well indeed, the best responses I’ve been having for probably over 10 years so excited about that. I think if we can do that and complete the product development, we really will be very well positioned for what’s a massive potential market.

Q4: So, what kind of news flow can investors expect in the near future from Deltex Medical?

A4: Again, that’s on several levels. I think we’ll see progress with our new product development where we ought to see some decent progress for some of our sales efforts, we did have a nice month in April. I think we would see in the first half, a trend getting closer towards that operating cash, break-even and positive, I think with the trends where they are, that’ll come through really quite strongly in this second half so look out for the signs that it’s on track and going well. 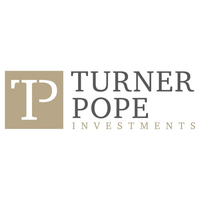 Deltex Medical Group Plc (LON:DEMG) CEO Andy Mears talks to DirectorsTalk about its interim results for the six months period ended 30 June 2018. Andy talks us through the highlights of the results, how he has settled into

Nigel Keen, Chairman of Deltex Medical, commented: “The successful £2,050,000 fund raising in February 2018 has put the Group in a stronger financial position – allowing us to improve our business structure. “We made a number of changes

Deltex Medical Group’s Andy Mears discuss his new role as CEO, plans for the next 12 months and the main opportunities for the business in this exclusive interview with DirectorsTalk

Deltex Medical Group Plc (LON:DEMG) New CEO Andy Mears talks to DirectorsTalk about his new position. Andy talks about his background, how he thinks Deltex is positioned, his plans for the next 12 months and the challenges and