Q1: Stuart, your trading statement which was released earlier today shows strong growth in revenues. What are the drivers behind that?

A1: So, in our statement today we confirmed guidance that in the year to March 2018 we would show revenues of at least $28 million which is up about 70% from the prior year when it was about $16.5 million. So, that’s obviously very strong growth and it’s all organic and the growth is led by our localisation services and perhaps I should just to take a moment to explain what those are.

We work in the entertainment industry and we work on behalf of content owners who produce feature films and tv series and one of the key things we do is to help them adapt their materials so that they can be sold all around the world and that obviously means localising those titles into many different languages. In the entertainment industry, there are two main approaches that are taken to do that; subtitling where you overlay on the picture words that correspond to those words that are being spoken and dubbing where you actually replace the spoken words with the same equivalent translated versions of those words spoken by voice actors in a target language.

So, in combination, those activities, subtitling and dubbing, make up our localisation services and that’s the part of the business that’s been growing very rapidly, in fact to the year to March ’18 it accounts for about 74% of our revenue in that period which is up from about 52% in the year before.

So, we’re working in a market that’s actually very large and it’s still growing, that growth is really being driven by the digital routes to market that now exist for this kind of entertainment content so streaming video services and transactional video on-demand type services that are now available all around the world, about 200 countries.

Our proposition is technology-based so we are differentiated in the market by unique software that we’ve created that helps us to do this work in a very efficient way. As a result, we offer a fantastic proposition to our clients and the adoption by our clients for these services are primarily what has given rise to that strong growth.

Q2: Your balance sheet is much stronger too compared to a year ago, can you explain what’s behind that?

A2: Our year is through until March and last April we actually undertook a relatively small placing in which we raised £2.6 million in cash and of debts that we had in our balance sheet at that time, about £1.1 million, was converted into equity. That actually was a transformational transaction for us in so far as it provided us with working capital so that we could really accelerate our operations and route to market in order to be able to maximise on this fantastic opportunity that we see ahead of us.

At that time, we had $0.7 million in gross cash and at the half year point, we were drawing on short-term banking facilities, both in the UK and the US, but over the course of the year, and in particularly in the second half, we’ve continued to be cash-generative. So, in our statement today, we reported that gross cash at the year end 31st March was up to $2.4 million and that’s in contrast to $0.7 million in September and we have no other borrowings other than a long-term convertible loan note.

Q3: What are the terms of that convertible borrowing?

A3: We’ve had it for some years now and it’s actually held predominantly by major shareholders, it’s about £2.6 million, it’s denominated in sterling, its term runs until October 2020 and it has a conversion price of around about 48p.

Q4: As you mentioned, Zoo Digital introduced dubbing services quite recently, can you tell us how that’s going?

A4: Yes, it’s actually going very well, to clarify, I mentioned earlier that our localisation services consist of titling and dubbing.

In the case of subtitling, that’s an activity we’ve been involved in for about 5 years now and over that period we’ve grown it significantly and it’s delivering very strong growth actually so subtitling sales in the year just completed were almost double what they had been in the year prior.

So, subtitling is something that has been established for a number of years for us, but dubbing is actually an activity that we began in the current year, right towards the end of the first half of the current year.

In the case of dubbing, the processes involved to do that work are much more complex than they are for subtitling. Obviously, when you’re replacing the voice of the spoken voices in a programme then it’s necessary to have a number of different actors in each of the target languages in order to voice the various different characters so it’s a complex process. In the traditional production ecosystem, it involves the use of rather large and expensive to operate facilities known as dubbing studios where voice actors will travel in order to do their recordings, it’s a rather long-winded process.

We’ve gone about tackling this requirement in quite a different way and actually quite a disruptive way by innovating with development of some new technology and we call that technological platform ZOOdubs. What ZOOdubs in effect enable us to do is operate a virtual recording studio and with this capability, we can dramatically increase the capacity that exists within our network for undertaking voice recording of many different voice actors who will contribute to each language version of a particular programme or tv show. So, having developed this technology which has been 1.5 years in development, we then began to put that into use and provide services using it, as I say, towards the end of our first half and that has continued through the second half.

One of the big drivers for us in offering these services at the moment is to build up our freelancer network so one of the key features of our business model is that much of the work that we perform on behalf of clients, for both subtitling and dubbing, is actually undertaken by freelancers and we have a network of now approaching 4,000 freelancers located all around the world. They collaborate with us in a very efficient way through the use of our systems enabling us to deliver very high scalability in the service that we offer. So, at the moment, one of the drivers for us is to recruit more freelancers to work in the area of dubbing and that’s a combination of voice actors and also dubbing directors and audio editors and mixing engineers.

One of the great achievements that we’ve made with this technology is that we’ve actually received three different industry awards over the course of the last year, the most recent being at the NAB Show which took place just last month. It was a very successful event for us, we were able to showcase the technology to a very wide group of leading players within the entertainment industry, that’s both content owners and producers of companies that are making feature films and tv series as well as many of the leading providers of distribution services so video streaming services to consumers. So, a third award really underlines the excellence of the technology we’ve created and its significance in the industry in which we’re operating. 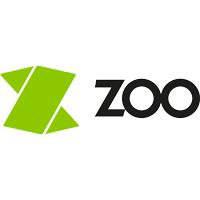 ZOO Digital Group plc (LON: ZOO), the provider of cloud-based localisation and digital distribution services for the global entertainment industry, provided today an update on current trading for the year ending 31 March 2019. Although trading in the second

Zoo Digital Group plc (LON:ZOO) have won the Best Performing Share Award at the AIM Awards 2018. Each year the AIM ‘club’ gathers to celebrate outstanding achievement on the world’s most successful growth market. Sponsored by PwC, the Awards identify

Zoo Digital is extremely proud to sponsor the Sheffield Women In Tech ‘NFC is Magic’ event taking place this evening! The Sheffield get together will be celebrating the achievements of WomenInTech and helping to inspire a future generation of

ZOO’s global network of freelancers – connected by awesome cloud technology – is able to work any time, anywhere around the world localizing the worlds most sought-after TV and movie content. To show our appreciation for these loyal linguists, we’ve

Over 57,000 delighted delegates and around 1,700 exhausted exhibitors have made it back from Amsterdam in one piece. Now we’ve had a chance to dust off and collect our thoughts, we’ve put together our highlights from another fantastic

ZOO Digital Group plc (LON:ZOO), the provider of cloud-based localisation and digital distribution services for the global entertainment industry, will be holding its Annual General Meeting (AGM) at 4.00pm today. At the meeting, Roger Jeynes, Chairman, will make

How ZOO Digital is democratizing dubbing – with Julian Day