Q1: Diverse Income Trust has quite a strong record relative to its peer group since issue in 2011. What are the main factors that have driven the returns?

A1: I think the main differential of the trust is that it has a multi-cap approach. Martin and I can pick out all of the stocks which are able to deliver good and growing income for our clients including those in the AIM market.

There’s quite a few stocks, if you take K3 Capital Group plc (LON:K3C) for example which has just reported results, it’s projected it’s dividends for the next three years of 9.1p, 12.1p and 15.5p and that’s for May 2021, 2022 and 2023. This is a company that actually issued new shares in the middle of last year at 150p to make two transformational acquisitions, it’s such a good thing for our funds to be able to get involved in these kinds of companies which generate such good income.

Of course, the multi-cap approach doesn’t just buy AIM-listed stocks, there’s quite a lot of main listed stocks in there for example, we’ve also had results from Rio Tinto plc (LON:RIO) and its grown its dividends ion average by about 15% per year for the last five years. In a way, it’s just that focus on good and growing income across a broad investment universe I think has been the main driver of the return.

Q2: The Trust has issued good results this week but being an equity income fund, some worry as whether the trust’s revenue per share can be sustained at a time when many plc’s have cut their dividends?

A2: The revenue per share was down actually at the interim stage, it was down from 1.99p to 1.77p, that’s a 11.1% decline. I think the thing which is probably worth thinking is this revenue still covers the two interim dividends which have already been paid this year and the Board have said that they expect to at least maintain the full year dividend which actually increased last year, in spite of COVID. The Board may have to use reserves if necessary as they did last year.

The key focus is really, as I mentioned, picking out those stocks that are able to generate an abnormal cash return on investments. If we can select those kinds of stocks like K3 Capital Group and Rio Tinto, which I mentioned earlier which are growing their dividends, then the fact that we’ve had some dividend cuts in the portfolio will offset that and obviously grow dividends in the future.

I think we’re really fortunate in this trust to have a broad investment universe in which to invest. Martin and I can research such a wide range of different industry types and most particularly, have such a broad opportunity set including the AIM market of course and the main listed stocks. I think that’s the key feature and we remain upbeat about the potential going forward.

Q3: The UK stock market has lagged the recovery of others, are there reasons for it to do some catching up?

A3: The UK has had some real headwinds over recent, years, if you remember since 2016 investors have been really worried about the open ended nature of the uncertainty of Brexit, times of parliamentary gridlock and questions about whether the UK was going to leave the EU in a chaotic manner. More recently, we’ve had our economies being very much affected by the COVID recession so if anything, the UK has probably had a more severe recession recently. On top of that, we have fewer unicorn stocks, other stock markets like the US which have obviously risen so much recently.

So, these factors have all held back the appreciation of the UK stock market and the valuations are probably still at a discount compared with others overseas. I think, if anything, that disparity is even greater further down the market cap range when you get into some of the AIM stocks.

So, specifically, we think the UK’s economic recovery may be quite similar to many others but we think that actually there’s good reasons to expect the UK stock market to have a much better recovery than many others.

Q4: With bond yields peaking out, is it harder to find new holdings on attractive valuations?

A4: I think going forward, there will be an economic recovery but I think it could be quite patchy and we’ve got to remember that government’s really have got big deficits and they’re probably going to need to increases taxes. Quite a lot of companies have taken on extra debt during COVID and they need to pay that down and I think politicians are under pressure now to make corporates be more socially useful.

So, I think there are some worries about the future and, as you mentioned, if inflation pressures are also starting to build and bond markets start to peak out then it may be that asset valuations will start to peak out to some degree.

The main thing is that if you think about going forwards, the shorter dated bonds are going to outperform the longer dated bonds and, in a way, there’s an analogy to equities so shorter dated equities are things like income shares and they’re probably going to start forming some of the growth stocks and unicorns.

So, if anything, the fact that the UK is overlooked and it has quite a lot of equity income stocks I think actually offers more opportunity. Actually, I’m quite upbeat really about the potential for the UK and particularly, the Diverse Income Trust.

We think we’re still finding many companies which are still very overlooked valuations, particularly those which are able to continue to grow dividend growth. For example, Kenmare – one of the larger holdings in the trust, it’s a global supplier of ilmenites the white agent in paint, it’s major supplier for the paint industry around the world – has spent years getting its mine into production, it’s generating that cash flow, it could grow considerably and yet it stands on a price earnings ratio of just 6.2 times for the year just begun after some recent upgrades by brokers.

We know there’s stocks out there like that and we’ve just got to find them, we are finding them and we’re pretty upbeat about the opportunities that we’ve got to invest in. 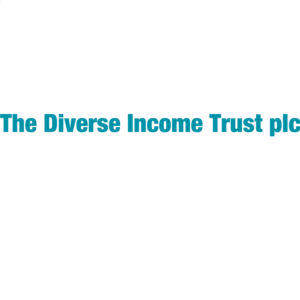 The Diverse Income Trust – An outperformer, but is now a good entry point? (Analyst Interview)

Diverse Income Trust plc (LON:DIVI) is the topic of conversation when Victoria Chernykh, Investment Director at Edison Group joins DirectorsTalk. Victoria explains why the trust keeps outperforming its peers, shares her thoughts on whether now is a good time

Diverse Income Trust plc (LON:DIVI) continues to top the ranks of UK high dividend yield peers over the past 12 months by NAV total return (TR) and remains in the top quartile by NAV TR over the medium

Premier Miton Investors and Diverse Income Trust’s Gervais Williams discusses current events and the effects on small-caps in this exclusive interview with DirectorsTalk.

Diverse Income Trust plc (LON:DIVI) Fund Manager Gervais Williams joins DirectorsTalk to discuss the half-yearly financial report of the company for the period to 30th November 2020. Gervais talks us through the main factors that have driven returns, explains

Diverse Income Trust NAV total return of 11.7%, 4.8% ahead of the return on the UK market

Diverse Income Trust plc (LON:DIVI) has presented the half-yearly financial report of the company for the period to 30 November 2020. NAV total return to shareholders of 11.7%, 4.8% ahead of the return on the UK market This includes