•     Partnership with Universal Music Group and completion of a VR content creation and distribution agreement in March 2017;

•     Partnership with Sony Music Entertainment and completion of a VR content creation and distribution agreement in July 2017;

•     Partnership with Roc Nation LLC and completion of a VR content creation and distribution agreement together and a publishing agreement with Rock Nation Publishing LLC in October 2017;

I am pleased to present my first report as Executive-Chairman of EVR Holdings plc (“the Company”) for the year ended 31 December 2017, a period in which the group made significant progress across all facets of its business. In combination with further operational improvements our MelodyVR business continued to secure positive critical recognition and endorsement, which in combination with a strengthening of its balance sheet have laid the foundations for the successful launch the MelodyVR platform in the near future.

Having secured global licencing and distribution agreements with all three of the world’s largest record labels; Warner Music Group, Universal Music Group and Sony Computer Entertainment, in conjunction with further rights holder agreements with publishers and collection societies, MelodyVR is well-poised to monetise its content across multiple territories. Our principal operational focus for the period under review has been to further refine and hone its technology platform in preparation for the forthcoming launch of the MelodyVR product. In order to broaden and strengthen its management and resource base, we have sought to recruit experienced talent in both in the UK and the US from respected organisations such as Universal Music Group, Spotify, Sony Computer Entertainment and Microsoft Corporation, with staff numbers (including contractors) as at 31 March 2018 totalling 64 worldwide.

We have been cautious to ensure that the timing of the launch of the Melody VR platform coincides with sufficient VR headset adoption, in order to ensure a broad level of accessibility to our original music content. Our platform development has been the subject of rigorous testing with high levels of user research conducted during the software’s nascency, in order to craft a polished user experience that adequately showcases the premium VR content that we have created over the course of the last 4 years.  Improvements and additions to the platform will continue post-launch and into the foreseeable future, as our user base becomes more established, with ongoing R&D taking place to broaden both platform functionality and appeal. We believe that we have laid the foundations required to launch a scalable technology platform, created to satisfy consumer demand for what we believe will be a new, exciting and compelling form of digital music consumption.

The results for the year ended reflect these key initiatives outlined above together with the continued expansion of our music library with some of the world’s most high profile artists. Operating loss before non-recurring and non-cash items totalled £5.168m (2016: Loss £1.64m). After non-recurring and non-cash items, net financing charges and taxation, the Group reported a loss of £6.23m (2016: £2.64m). At the balance sheet date the Group had cash reserves of £12.41m (2016: £3.34m) reflecting the successful fundraising initiatives completed during the year.

On 7 June 2017, the Company announced the successful placing of 62,500,000 new ordinary shares of 1p each generating £5.0 million of additional funds. In addition, on 25 October 2017 the Company issued a further 125,000,000 new ordinary shares of 1p each generating £10m before expenses. These funds are being used to further expand the content library and enhance the MelodyVR music platform prior to its imminent launch. The fundraisings also presented the opportunity to welcome new institutions, from both the United Kingdom and the United States, to the register of shareholders.

Despite the increasing investment in R&D and the heightened marketing spend as we build towards launch, we continue to manage our costs prudently in line with both our working capital and growth aspirations post launch. The support from our technology partners has consistently endorsed the MelodyVR product and supports our continuing confidence of the opportunity for monetizing our significant library of original music content. Your Board is encouraged with its trading in the period to date, and is confident of a successful product launch for MelodyVR and of the exciting future of its music platform. 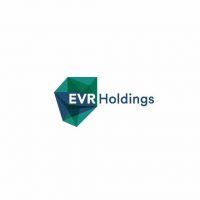 Anthony Matchett, Executive Chairman of EVR Holdings, said: “As the worldwide launch of the MelodyVR continues I’m pleased to announce that the MelodyVR app will release to consumers in a further 8 European countries tomorrow, the timing of

For its academic concerts, the New Music Touchpoints festival combines old with the ultra-new, using musical instruments invented centuries ago in tandem with the latest virtual reality gadgets. Held in Lisbon, Portugal, on June 11–20, the festival will

EVR Holdings plc (LON:EVRH), the leading creator of virtual reality music content and its subsidiary MelodyVR Ltd has today announced that the MelodyVR music platform successfully launched to the public at Facebook’s F8 conference in San Jose, at 12:00pm

EVR Holdings plc (LON:EVRH), the leading creator of virtual reality music content, has today announced that its subsidiary MelodyVR Ltd (‘MelodyVR’) intends to launch its flagship music product (The MelodyVR app) in the coming weeks. In advance of the

EVR Holdings PLC (LON:EVRH), a market-leading Virtual Reality (“VR”) company focused on the creation and distribution of VR content, has today announced the appointment of Investec Bank plc as its Nominated Adviser and Corporate Broker with immediate effect.

EVR Holdings PLC (LON:EVRH), the leading creator of virtual reality music content, has today announced that its subsidiary MelodyVR Ltd (‘MelodyVR’) has entered into a multi-year agreement with Warner/Chappell Music. The deal licenses the VR distribution of Warner/Chappell songwriters’

EVR Holdings PLC (LON:EVRH), the leading creator of virtual reality music content and its subsidiary MelodyVR Ltd (‘MelodyVR’) have today provided the following update.   Highlights 2017 was a transformational year for EVRH and MelodyVR in which our