Fidelity China Special Situations (LON:FCSS) is the topic of conversation when Hardman and Co’s Analyst Mark Thomas caught up with DirectorsTalk for an exclusive interview.

Q1: You called your report on Fidelity China Special Situations, “The Peking duck is not burning to a crisp”? What is your brief summary of it?

A1: In this note, we reviewed China’s economic outlook and, in particular, we put the well-publicised COVID-19-related lockdowns into a relative global perspective. The IMF’s July forecast saw China’s real GDP forecasts cut by 1.1% in 2022 and 0.5% in 2023 so things are slowing. With further lockdowns since, there is risk on the downside.

However, the 2023 GDP cuts were a fifth of those seen in the US/Euro area, and China’s 2023 forecast growth is a remarkable 4x their level. Importantly, when you look at the stock market ratings, they are below both. Also, investors should consider what the policy responses from the Chinese government may be if things do slow further. They have reacted already, but there is a lot more ammunition in the arsenal.

Looking at the trust, as a geared play, with some whole-market exposure, FCSS has suffered from market sentiment, even though its stock selection has added value.

Q2: So, can you tell us a bit more about the risks to growth?

A2: China’s zero COVID-19 policy is well covered in the press. It was dramatically felt in the spring with the full or partial locking down of key centres such as Shanghai, where a full lockdown was initially imposed on 28 March, and Beijing and that was evident in the official economic statistics. The policy had direct economic effects of weakened demand but also the indirect effect of problems with supply chains.

More recently, we have seen stories of authorities trying to quarantine people in the Ikea store in Shanghai and the lockdown of Chengdu, a city of 21m people, when it had just 157 new cases.  We believe concerns about the economic consequences of the potential recurrence of lockdowns have a been a major driver to the recent weakness in Chinese markets, which at the time of our report had fallen 15% since the start of July. As a geared play, with some whole-market exposure, FCSS is exposed to this sentiment, despite the value added by its stock selection.

Q3: And putting that into perspective?

A3: The world economic outlook is challenging with different risks in different regions but just taking the latest economic forecasts from the IMF, China’s forecast 2023 growth is circa 4 times that of US or Euro area and nine times that of the UK. It may not be as good as it was, but it is still much, much better than other developed countries. Perhaps equally importantly, the degree to which the growth forecast in China has been cut is significantly less than elsewhere. For 2023, the IMF reduced its forecast by 0.5%, but this represents just under one tenth of its previous estimate.

By contrast, in Germany, the 1.9% reduction in real growth represents a reduction of nearly three quarters of the previous growth estimate. For the US, the 2023 growth forecast was more than halved, as it was in the UK. In Japan, it was cut by nearly a third.

Q4: And what is built into market prices?

A4: China’s superior growth is not built into its stock market ratings, which are well below the US level and slightly below Europe’s. There are of course a lot of factors that go into the rating but, fundamentally, you would expect long-term growth to be a major factor driving them.

Q5: And, finally, you highlighted government action. What did you mean by that?

A5: We also believe that many investors have given relatively little attention to what the government may do about the problem. Our experience is that markets frequently underestimate the impact of policy responses to crises until such responses have been announced. This was certainly the case for Western markets in the early stages of COVID-19. Even though governments do react to crises, markets do not always give them credit in advance for doing so.

A significant set of stimulus programmes has been announced already but it is just a faction of historical support. In the past, stimulus has been as high as 20% of GDP, for example, in 2009. Further stimulus packages are likely to be well received. We also believe that regulatory risk, which was high last year is likely to abate for a while. Geo-political tension, as we highlighted in previous notes, is likely to be a feature for the long run to varying degrees. At the moment it is perhaps at an above-average level, but investors should not expect it to disappear.

Dale Nicholls, Portfolio Manager of Fidelity China Special Situations PLC (LON:FCSS), the UK’s largest China Investment Trust, provides his expert view on why he is optimistic about China investment opportunities in 2023 (Year of the Rabbit) and beyond. 2022 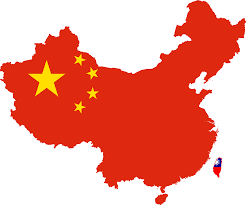 In the Chinese zodiac, the rabbit is said to be clever, thoughtful and capable of diligently working its way to its goals. These may be handy traits for Chinese operators as they negotiate a period of transition in

The Chinese economy will see a significant improvement this year, and its growth will most likely return to its normal trend, Chinese Vice Premier Liu He said Tuesday at the World Economic Forum Annual Meeting 2023. Over the

China braced for a “new phase” in its battle against COVID-19 on Monday and financial markets strengthened after Beijing dropped pandemic border controls in the latest easing of curbs that has let the virus loose on its 1.4

While the global growth outlook is clouded by uncertainty in 2023, economists and experts are upbeat about the prospects for China, expecting stronger policy support and domestic demand to buoy a steady recovery of the world’s second largest

Asian shares rose on Thursday on investor hopes for China’s emergence from the Covid-19 pandemic, while the dollar stayed under pressure even as the US Federal Reserve had a warning against market bets on interest rate cuts this

In this note, we give our view on Chinese government policies, putting into perspective their objectives, the potential risks and upsides, and how fundamentals and sentiment may be affected. We note both negative and positive market reactions to

Fidelity China Special Situations (LON:FCSS) is the topic of conversation when Mark Thomas, Analyst at Hardman & Co joins DirectorsTalk Interviews. Mark gives us a summary of his report entitled “The Peking duck is not burning to a crisp”,

Fidelity China Special Situations: The Peking duck is not burning to a crisp

In this note, we review China’s economic outlook and, in particular, we put the well-publicised COVID-19-related lockdowns into a relative global perspective. The IMF’s July forecast saw China’s real GDP forecasts cut by 1.1% in 2022 and 0.5%

Fidelity China Special Situations (LON:FCSS) is the topic of conversation when Mark Thomas, Analyst at Hardman & Co joins DirectorsTalk Interviews. Mark gives us an overview of his report on Fidelity China, “Eight questions for the 20th July AGM”

Fidelity China ‘be greedy when others are fearful’ (Analyst VIDEO)

Fidelity China Special Situations plc (LON:FCSS) is the topic of conversation when Mark Thomas, Analyst at Hardman & Co joins DirectorsTalk Interviews. Mark gives us a brief overview of his report entitled The time to “be greedy when others

Fidelity China Special Situations: The time to “be greedy when others are fearful”?

One of Warren Buffett’s more famous quotes is to “be fearful when others are greedy, and be greedy when others are fearful.” In this note, we explore what is making some investors fearful of China, identifying three key

Fidelity China Special Situations plc (LON:FCSS) offers investors a one-stop shop, providing their portfolios with a diverse Chinese exposure across stocks, sectors, market capitalisations and unlisted companies, all based on the underlying value of each investment. China offers