Fidelity Special Values plc (LON:FSV) is the topic of conversation when Hardman and Co’s Financial Analyst Dr Brian Moretta caught up with DirectorsTalk for an exclusive interview.

Q1: You have produced a note in advance of Fidelity Special Values approaching its AGM. What was the idea behind the note?

A1: AGMs are places where investors can get a chance to ask the managers questions. We have found it helpful to investors to give them some ideas about areas.

This year, we focused on three areas: given that the manager, Alex Wright, has reached his 10th anniversary, why the trust has consistently outperformed when value has been out of favour; how will the economy affect the portfolio; and how the portfolio aspects of the company are being managed.

Q2: How has the manager outperformed when value has been out of favour?

A2: It is quite a feat to have been a reasonably consistently performing fund over an extended period. We identify two factors that are influential. Firstly, the manager identifies more as a contrarian than a value manager. For him, low valuations are more a source of downside protection than the source of returns per se. We also note that, while markets are sometimes perceived as a block, they are far from homogeneous. Even in a market favouring growth, there are under-appreciated companies that perform better than expected.

Q3: Immediate economic prospects in the UK are weak, and we may already be in recession. How does this affect the portfolio outlook?

A3: Despite the prospects, many companies are in very good shape, with strong balance sheets, and are still trading well. Nevertheless, the stock market has fallen away substantially. We think companies may offset falling growth with acquisitions, which should benefit companies with good franchises. We have seen a lot of takeover activity in the portfolio recently, and this may continue. Additionally, the manager has repositioned the trust away from consumer discretionary in 2022. It may be too early for cyclicals yet, but valuations are very attractive, and we may see additions in that area in anticipation of the recovery.

We also discuss interest rates and commodity prices in the report, as both are significant in the current environment.

Q4: What about the other management aspects?

A4: We also wrote about gearing, buybacks and dividends. We note that net gearing is effectively lower than stated; so there may be scope to increase exposure. Buybacks and share issuance have been a value-added activity over the years and have successfully managed the discount.

A5: As always, it is difficult to call the direction of the market. Despite a tricky 2022 for the trust, the Fidelity Special Values portfolio does seem to be well-positioned, and in capable hands, which inspires confidence for the future. 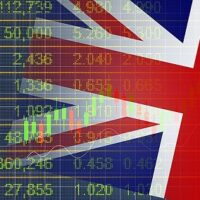 Apax Global Alpha (LON:APAX) is the topic of conversation when Mark Thomas Analyst at Hardman & Co joins DirectorsTalk Interviews. In this interview Mark talks us through his recent report entitled ‘Making Pearls out of Oysters’, explains how the

At 0900 GMT, the FTSE 100 was up 0.1% at 7,852.38. Susannah Streeter, senior investment and markets analyst at Hargreaves Lansdown (LON:HRGV), said: “The attractiveness of the FTSE 100 is undimmed, with the index set to flirt again with record highs in

UK equities higher at the close on Monday

U.K. equities were higher at the close on Monday, as gains in the Automobiles & Parts, Travel & Leisure and Industrial Metals & Mining sectors propelled shares higher. At the close in London, the Investing.com United Kingdom 100 rose 0.25% to hit a new 3-year

UK Equities Outlook 2023 and why value will outperform

U.K. equities were higher at the close on Wednesday, as gains in the Mining, Life Insurance/Assurance and Household Goods & Home Construction sectors propelled shares higher. At the close in London, the Investing.com United Kingdom 100 rose 0.37%. Advancing stocks outnumbered falling ones by 1200

Fidelity Special Values PLC (LON:FSV) is the topic of conversation when Dr Brian Moretta, Analyst at Hardman & Co joins DirectorsTalk Interviews. Brian explains the idea behind his note entitled Questions for the 2022 AGM, how the manager outperformed

Fidelity Special Values may be a safer haven (VIDEO)

Fidelity Special Values (LON:FSV) is the topic of conversation when Dr Brian Moretta, Analyst at Hardman & Co joins DirectorsTalk Interviews to discuss a report on the company entitled ‘Inflation causes and portfolio effects.’ Brian explains the idea behind

Bank North is the topic of conversation when Analyst at Hardman & Co Mark Thomas joins DirectorsTalk Interviews. Mark explains how with Bank North being a private company, investors can get involved if they want. Mark gives us an

With Bank North having obtained its banking licence and progressing through its mobilisation period, this report updates investors on its rapid lending rollout – currently running better than plan in volumes, margins and loan to value (LTV). Further

Real Estate Credit Investments plc (LON:RECI) is the topic of conversation when Mark Thomas joins DirectorsTalk Interviews. Mark talks us through RECI’s sensitivity to rising rates, exposures to borrower sensitivity to both revenue and debt, how RECI mitigates

Fidelity Special Values plc (LON:FSV) is the topic of conversation when Dr Brian Moretta talks to DirectorsTalk. Brian explains the thinking behind his report, talks about the contrarianism, the features the process brings to the portfolio, risks and

Jatropha curcas, traditionally an undomesticated hedging plant with secondary utility as a source of oil, came to prominence when it was proposed as a feedstock for biofuel during an earlier era when crude oil was trading over $70

Hardman & Co CEO Keith Hiscock talks to DirectorsTalk about an article he’s just published on liquidity and MiFID II. Keith explains why liquidity is important, how good it is today, why he considers it little understood, why