Q1: TrustNet recently reviewed the 2021 performance of all UK investment trust and Miton UK MicroCap came on top by some distance with a total return of 35% and that was on the 16th of March. Gervais, what were the reasons behind this top market performance?

A1: I think it’s actually down to the nature of quoted companies microcaps, the good news is when they succeed, they can often succeed in very significant upside in their share prices.

If you take last year, one of the big successes for the fund was the Avacta Group holding, a company which has got some therapeutic benefits for its Affimers but it was able to extend that and use them for lateral flow tests to detect COVID. The outcome has meant that the share price has risen by some 15-fold over the last year.

Sometimes you can get companies which just progress their profits by significant amounts every year and a good example of that might be Kape Technologies and its share price has risen from under 50p five years ago and it’s around £2.90 now. So, even after that move, it’s not really standing on a very demanding valuation, it’s just because its underlying profits and its acquisitions have generated so much additional return.

So, I think the key issue is ion a trust like this can invest in a long list of individual holdings, many can go up, hopefully over time but some of them go up by abnormal percentage rises and that really boosts the overall return of the fund.

I think it’s been a successful year for the trust for that reason.

A2: One of the things about smaller quoted companies is they don’t just survive, sometimes they can thrive even during difficult times such as last year during the global recession.

A second factor is often they’re small businesses and being small, they tend to have modest market positions and sometimes they can still eke out a bit of market growth even at a time where the market itself is declining and still continue to thrive on that basis.

I think it’s particularly attractive, this kind of feature, when global growth is uncertain which it was last year but it’s also an attractive feature long-term because these companies can hopefully not just generate good returns during difficult years, hopefully over longer-term they can also generate attractive returns as indeed this trust and others do.

Q3:  The Diverse Income Trust was launched almost ten years ago, in April 2011. This period has turned out to be pretty testing for UK investor with the uncertainties of Brexit and dividend cuts during the Covid recession. Why do you think investors support UK Equity Income Trusts when returns on stock market unicorns have been so good over recent years?

A3: It’s interesting, isn’t it? There’s been such great returns on things like US and Nasdaq Composite Index, some people just think what’s the point of buying anything else.

In a way, I think it all boils down to something that really has resilience about it, it’s not just about the return today or how it turned out this last 12 months, it’s really about how well a strategy can go through difficult times.

If you invest in a company with surplus cash, they pay dividends, they grow their dividends over time and that tends to drive up the attractiveness of the shares and people buy them not just because the share price has gone up but they buy them because they like the income and the income growth.

So, an equity income fund really has that duration, it’s not just good for a year when perhaps stock markets have had a flying recovery but actually it looks after you in the long-term. Share prices go up and down along the way but most particularly they generate a long-term return and it’s that income over time that really drives the long-term return of an equity income fund.

The fund itself continues to succeed, its dividend was over just 2p when it set up nearly 10 years ago now and it’s grown its dividend and indeed it grew its dividend last year, even at a time when many companies cut their dividend, albeit that they paid part of the dividend last year out of income that it had accrued from saving income reserves over the years.

So, overall, it’s that resilience and that ability to generate long-term returns I think is very attractive about equity income funds.

Q4: Over the last week, the media has been full of details about the surprise collapse of the family office Archegos and major losses in Credit Suisse. What’s causing this and what are the wider market implications?

A4: I think it’s certainly very interesting. What has been interesting over some years is that quite a lot of strategies have used extra debt to get extra returns, financial gearing, and some of these kinds of funds have relied on the collateral of US treasury bonds, they tend to buy a portfolio of US treasury bonds and then buy holdings in equities through a geared structure called contractor differences.

Through that, they can invest extra money, they can go up faster with the market but the nightmare is when these stocks underperform, and particularly when treasuries themselves start to fall in value, the combination of both those losses can exceed their ability to cover their margin of safety. I think that’s what’s happened with Archegos, we’ll have to see in the fullness of time.

The losses from the prime brokers, the banks involved, are very substantial, Credit Suisse are not alone, and most particularly I think this is just going to lead to many of the prime brokers being more cautious about how much they lend to this kind of financial gearing. That will mean that there’s probably some deleverage, some reduction in some of the gearing going on in these funds which is probably leading to some of these shares prices coming under pressure at the moment.

So, I think what I’m really saying is the implications are that perhaps some of these structures have been so optimised that they’re a bit vulnerable and I think there’ll be less vulnerability going forward. I think it’ll just mean that there’s less cash in the markets and it may mean that markets themselves don’t rise as much as they have over the last 12 months.

Premier Miton Investors is a UK asset management group with a focus on delivering good investment outcomes for investors through relevant products and active management across our range of investment strategies. 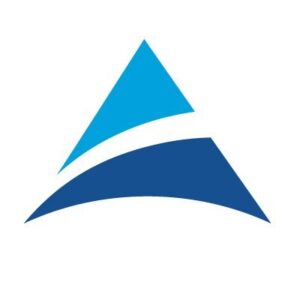 Miton UK MicroCap Trust plc (LON:MINI) has announced that, following an extensive search by a firm of well-respected search consultants, Louise Bonham will be appointed to the Board as an independent Non-Executive Director, with effect from 15 December

Miton UK Microcap Trust (LON:MINI) Co-Fund Manager Gervais Williams discusses the Chancellor’s Autumn statement. Gervais shares his views on the Autumn statement, what would bring about a recovery in investor confidence, greater investment in the small cap market, the

Diverse Income Trust plc (LON:DIVI) fund managers Gervais Williams & Martin Turner commented: The second half of 2022 has been dominated by a very unusual trend – that of a decline in the US Real Money Supply (the

Diverse Income Trust plc (LON:DIVI) has declared a first interim dividend of 0.95 pence per ordinary share in respect of the financial year ending 31 May 2023, payable on 28 February 2023 to shareholders on the register on

DIVI has the potential to continue generating returns

Miton UK Microcap Trust plc (LON:MINI) has noted that the investment companies team at Kepler Trust Intelligence has produced a new piece of investment bank quality research about the trust, designed to provide a clear and comprehensive reference for long

Diverse Income Trust plc (LON:DIVI) continues to be among the top-ranked UK high-dividend-yield trusts, despite some setbacks in short-term performance against peers due to its relatively high small-cap and AIM exposures. These segments of the UK market underperformed over