Tirupati Graphite plc (LON:TGR), the fully integrated, revenue generating, specialist graphite producer and graphene and advanced materials developer, has announced that its audited results for the year ended 31 March 2021 are expected to be published on or before 17 September 2021.

In the interim, the Company is pleased to announce unaudited trading results of its operations during the period 1 April 2020 to 31 March 2021. In this period, the 3,000 tpa Sahamamy facility which had declared commercial operations from January 2020, was in production while its first 9,000 tpa facility at Vatomina was under construction:

The Company notes that during the period under review:

·    Despite the impacts of the Covid-19 pandemic which effected the Company’s operations during a substantial part of the year, the Sahamamy facility remained operational throughout, although with related challenges which impacted on total capacity utilisation of the facility during certain periods;

·    Total Production during the year increased by 30% and Total Sales Volume increased by 54% over the previous year;

·    Realised Average Selling price per MT of graphite sold showed slight reduction which was attributable to reduced market prices in the first three quarters (i.e. April 2020-December 2020) due to impacts of the pandemic, and strengthening of sterling against the US$ during the year from c.US$1.24 to c.US$1.37;

·    Notably, Gross Margin on Sales increased by 9% from 48% the previous year to 57%, in line with the Company’s expectations as production continues to increase;

·    The Company remains on track and with its recent capital raise of £10 million in April 2021, is in a sound financial position to deliver on the current phase under its medium-term development plan which will see its production capacity in Madagascar increased up to 12,000 tpa in the immediate term and up to 30,000 tpa in the next financial year (see RNS dated 16 April 2021); and

·    As previously noted, the acquisition of Tirupati Speciality Graphite Pvt Ltd (‘TSG’) is in the process of statutory approvals and we are not able to consolidate the financials of TSG until completion of the acquisition. 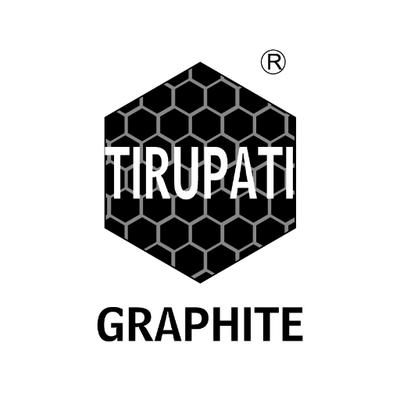 How do synthetic graphite and natural graphite compare?

Automakers are looking to reduce the carbon intensity of the battery materials they use for their electric vehicles, yet graphite presents a key problem for the industry.  Synthetic graphite anode production can be over four times more carbon

Tirupati Graphite, the specialist graphite and graphene company developing sustainable new age materials, has provided an update in continuation to its announcement released on 22 September 2022 on the ongoing developments and operations of the Sahamamy and Vatomina

Tirupati Graphite plc (LON:TGR), the specialist graphite and graphene company developing sustainable new age materials, has announced the appointment of Douglas Wright as a Non-Executive Director to the Board of Directors. Prior to joining Tirupati Graphite, Douglas served

Tirupati Graphite “ideal time to be increasing production of graphite”

Tirupati Graphite plc (LON:TGR), the specialist graphite and graphene company developing sustainable new age materials, has provided an update in continuation to its announcement released on 22 September 2022 on the ongoing developments and operations of the Sahamamy

London-listed graphite producer, Tirupati Graphite, which recently began production from its Madagascar assets, is finalising agreements that will see it expand its Africa footprint into key graphite producing regions and enable the miner to realise its strategy of

Tirupati Graphite PLC (LON:TGR) is a fully integrated specialist graphite and graphene producer, with operations in Madagascar and India, with a vision of developing a world-leading benchmark flake graphite company.

Fuel cells have become a viable eco-friendly power source, and advancements in the technology continue to be made. Today, fuel cells are already used for primary and backup power for commercial, industrial, and residential buildings. However, fuel cells

On September 8, 2022, Tirupati Graphite announced the purchase of three mining permits covering 31.25 km² in Madagascar. The latest investment by this company, which already operates two graphite mines in the center of the Big Island, illustrates the

Tirupati Graphite plc (LON:TGR) Executive Chairman and Managing Director Shishir Poddar caught up with DirectorsTalk for an exclusive interview to discuss the infrastructure update at Vatomina, the impact on net zero goals, their Sahamamy hydropower plant, progress of

A second preconcentrate plant at the Vatomina project in Madagascar will be complete by the end of October. Tirupati Graphite made the announcement and said they are optimising its processing plant by improving the ore’s head grade from 3% to

Tirupati Graphite AGM to be held on 28 October 2022

Tirupati Graphite plc (LON:TGR), the specialist graphite producer and graphene and advanced materials developer, has informed that it will hold its Annual General Meeting (‘AGM’) at 10:00AM BST on 28 October 2022 at the offices of Bird &

Graphite has a wide variety of almost contradictory uses. An allotrope of carbon and one of the world’s softest minerals, its uses range from writing implements to lubricants. It can be made into a one-atom-thick cylinder of graphene that

Madagascar-focused miner Tirupati Graphite has announced that a second preconcentrate plant at the Vatomina project will be complete by the end of October. The company is optimising its processing plant by improving the ore’s head grade from 3%

Tirupati Graphite plc (LON:TGR), the specialist graphite and graphene company developing sustainable new age materials, has provided a progress update on the ongoing developments and operations of the Sahamamy and Vatomina projects and further decisions taken by the Company

Specialist graphite and graphene company Tirupati Graphite’s subsidiary Tirupati Madagascar Ventures has entered into an agreement to acquire three additional mining permits in Madagascar for about £167 000. The transfer of the permits, which cover an area of 31.25 km2 and are located in

Graphene may finally be on course to fulfil its potential

Graphene appeared to be a game-changer when it was isolated in 2004 but its uses were largely overlooked — until now In 2018, 14 years after graphene was isolated, Simon Thomas was left wondering where it had all

Tirupati Graphite plc (LON:TGR) has announced that its subsidiary Tirupati Madagascar Ventures SARL (TMV) has entered into agreement to acquire three additional mining permits in Madagascar, covering a total area of 31.25km2 and located in the vicinity of the Company’s

Following various operational difficulties in recent quarters, specialist graphite and graphene company Tirupati Graphite expects its Sahamamy and Vatomina operations, in Madagascar, to operate at at least 80% of installed capacity of 30 000 t/y from 2023. This company