Epwin Group plc (LON:EPWN) is the topic of conversation when Zeus Capital’s Equity Research Director Andy Hanson caught up with DirectorsTalk for an exclusive interview.

A1: They obviously cover the periods of lockdown which is interesting and had a material impact on the numbers.

The one thing I will say about the company is revenue would’ve pretty much been down 100% during those weeks of lockdown just because they closed the factories completely, it’s very similar for other companies in the sector. So, it will have seen a very very drastic impact on their revenue numbers across the period.

So, I think a broadly breakeven performance in operating profit is good actually.

Q2: How good has their performance been relative to the industry?

A2: I think that’s a good question because you do need to put into context the severity of the lockdown and how others have dealt with it.

In terms of the revenue decline, you look at some of the brick manufacturers, it’s comparable so top line is comparable, the fact they’re broadly breakeven at the operating level is a good performance and has been better than a lot of companies.

I think what’s been quite impressive with regards to EPWN is the way it’s managed its balance sheet, its cash resources. So, you’ve had a lot of almost rescue rights issues from other companies in the sector, whether big or small, because they’ve need to get cash into the business. You’ve seen a lot of companies having to renegotiate their financing terms with their bank and ask for waivers for a period of time on the convenance of that debt.

Interestingly, you’ve not seen any of that from the company so the financial management for the business has been exceptionally good through this crisis and they’ve come out at the end of June with new debt of £21 million, well within the convenance, up £3 million on where they were at the end oof December last year. Looking forward, the debt won’t increase from here.

So, I think absolutely and relatively, the company has performed exceptionally well.

Q3: Since the easing of lockdown, what’s happened for the company?

A3: Interesting. It’s not just EPWN, we are seeing very very strong demand from the private housing RMI – repair and maintenance – part of the market. So, whether you’re talking about Kingfisher, BandQ and Travis Perkins, you’ve seen very very strong demand with positive like for likes and the company has particularly seen that in their window, their extrusion business.

So, it suggests that the consumer isn’t spending on foreign holidays, is being forced to save and many people would’ve Taken mortgage holidays if they needed to, they haven’t been able to go out so they’ve been spending money on their houses.

Q4: Not many companies have reinstated guidance and indicated it will pay a dividend, is this an indication of how well the business has performed, do you think?

A4: Definitely. I think with the way the balance sheet has been managed and the fact that they’re not under any financial duress obviously gives you a good base to work with.

The fact that demand has come back stronger than we expected has definitely provided the management team with the confidence to say we’re prepared to reinstate numbers to the market. This is ahead of most of its competitors, you saw Forterra this morning produce results and they’re still being very cagey on when their dividend will come back.

So, I definitely think the performance of the business, the strength of the markets since they came back has given the management team some confidence so they can reinstate their forecasts and tell shareholders that they do intend to start repaying the dividend as soon as possible.

A5: It’s still really really tricky, what’s happened is you’ve come out of lockdown, you’ve seen really strong demand but then we’ve got things like the furlough scheme coming to an end etc. so we don’t know what’s going to happen with employment and the repercussions of that.

So, you can’t really extrapolate out what’s happened 8/10/12 weeks and say that’s going to continue into the year end and that means we’ve got a basing for next year and the economy is going to continue to improve because I’m not sure that’s the case.

One thing I would say for the company because of the investment in its new products and the capex it’s made into the business, it’s a very well invested business, it’s got a new product portfolio and, as a consequence of that, it should be able to take market share and will outperform the market whatever happens in the market FY21.

So, it is still very difficult to predict. 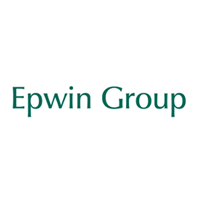 AFC Energy plc (LON:AFC) hosted its maiden Capital Markets Event yesterday, giving an excellent summary of its progress in the last year and its prospects. The company is making good progress in commercialising its EV charging product alongside

Boohoo Group plc (LON:BOO) has announced results for the 12 months ended 28 February 2021, reporting a strong finish to the year, with performance ahead of ZC’s forecasts, driven by strong momentum in both the UK and USA

Oncimmune Holdings plc (LON:ONC) has reacquired IP and distribution rights for its lung cancer diagnostic (EarlyCDT®) that has been recalibrated for enhanced accuracy in Asian populations. Trials are due to complete in H1 2021, with regulatory filing to

Boohoo Group plc (LON:BOO), a leading online fashion retailer, has announced the appointment of Tim Morris to the Board as Non-Executive Director, with effect from today. Tim will become a member of the Audit, Nomination, Remuneration, and Risk

Inchcape plc (LON:INCH) delivered better than expected Q1 results last week and is showing signs of a broad-based recovery across a number of geographies. The Group recently announced its decision to right-size its Russian retail operations with a

Inchcape results ahead of expectations