Pensana plc (LON:PRE) has reported on the results from the recently completed exploration programme on the Coola Exploration Licence located 40 kilometres north of Longonjo.

The results from Sulima West are considered to be a significant discovery and will be the main focus of exploration activities in 2023.

·  Pit sampling at Sulima West carbonatite reported rare earth grades of up to 5.2% TREO, averaging 4.3% TREO over 6 metres at surface.

·  Manganese grades in the laterite at Sulima West were reported from 1.5% to 18% Manganese Oxide (“MO”), averaging 12% MnO all at surface and are regarded as economically significant.

· Geological mapping at Sulima West identified a prominent outcrop of supergene apatite occurring together with maghemite and monazite and the area has the potential to host significant phosphate resources. The style of mineralisation has similarities to the Mt Weld deposit currently being mined in Western Australia by Lynas Corporation.

“We are extremely excited with the trench and pit analytical results from Sulima West laterised carbonatite which have reported high rare earth grades over significant widths at surface. Together with the presence of abundant apatite and manganese, we regard Sulima West as a significant discovery and it will be the main focus of our exploration activities in 2023.

The deeply weathered soils overlying the vast Benge Novo intrusion appear to have the potential for ionic clay hosted rare earth mineralisation in addition to bauxite deposits and potassic rock fertilizers. Geophysical surveys of all targets are scheduled for early 2023 and diamond drilling is scheduled to be initiated on the Sulima West and Coola targets by mid-2023.”

·  One of the five historic trenches at Sulima West, excavated in the 1970’s by the colonial era Compania Minerais do Lobito prospecting for radiometric anomalies, was cleaned and sampled at 2-meter intervals across the iron/manganese (“Fe/Mn”) enriched lateritised regolith. Analysis returned values of between 0.3 and 9.7% TREO, with an average grade of 3.4% TREO over 68 meters at surface.

·   A historic pit at Sulima West and adjacent to Trench 1, was cleaned and sampled at 1-meter intervals. Analytical results (ICP-MS)returned values of between 3.4% and 5.2% TREO, with an average grade of 4.3% TREO over 6 meters.

·   Five additional Fe/Mn laterite samples from the other trenches reported individual values which vary from 4.5% to 7.6% TREO.

·  Reported manganese grades in the laterite range from 1.5% to 18% MnO and average 12% MnO at surface. The manganese component is regarded to be economically significant.

·   Samples of the Fe/Mn laterite have been collected for Mineral Liberation Analysis.

·   The presence of outcrops of secondary, supergene apatite occurring together with maghemite and monazite at Sulima West attests to the formation of a zone of phosphate enrichment which must occur within a deeply weathered regolith. Similar zones of apatite enrichment are noted at Mabounie in Gabon, Catalão 2 in Brazil and Mt Weld in Australia.

·   Samples of the apatite/maghemite/monazite rock have been collected for Mineral Liberation Analysis.

Geophysical surveying and diamond drilling of this target is scheduled for Q2 2023 to ascertain the extent of the underlying carbonatite, but importantly also to quantify the presence and amount of apatite, TREO and manganese.

·   The Benge Novo intrusion is interpreted as a very large caldera occurring to the north of the Sulima, Sulima West and Monte Verde intrusions. It is regarded to be at least 10 km across and is characterised by flat, deeply weathered soils with a solitary alkaline granite outcropping in the south eastern area.

·   The discovery of thick, leached and clay rich lateritised material above the western parts of the known alkaline silicate complex of Benge Novo are strong indications of the possibility of bauxite potential. Similar occurrences are known in other parts of the world, for example, the Pocos do Caldas intrusive nepheline syenite in Brazil. Initial sampling has been completed and assays awaited.

·  The identification of a significant, clay dominated, deeply weathered regolith over parts of the main Benge Novo intrusion may additionally be prospective for the occurrence of ionic clay hosted REE deposits.

·   Both Phosphorus and Potassium are enriched in these rock types and the use of nepheline syenite as well as ultra-potassic rocks as direct application crushed rock fertilisers has been a success in many parts of the world. Soils in the sub region are notoriously impoverished in Phosporous and to a lesser degree Potassium, two of the three plant macro-nutrients, and further sampling will be conducted to evaluate the potential for these essential elements.

Airborne geophysical survey of the Benge Novo complex is scheduled for Q2 2023, with a view to guiding exploration of this highly prospective complex.

·  Detailed mapping and sampling of the Coola carbonatite has previously revealed elevated values of TREO over thin soils above outcropping carbonatite, as well as REE-enriched dolomitic carbonatite which importantly hosts bastnaesite.

·  Samples of the REE mineralized dolomitic carbonatite have been collected for Mineral Liberation Analysis.

· Auger drilling of the soil covered central caldera, aimed at testing the potential for near surface supergene mineralisation, was previously unsuccessful as the auger was unable to penetrate a hardpan ferricrete developed below the colluvial soils. Deeper drilling is scheduled for 2023 to effectively test this target.

Further details of the Exploration programme and the results obtained are provided on the Company’s website. 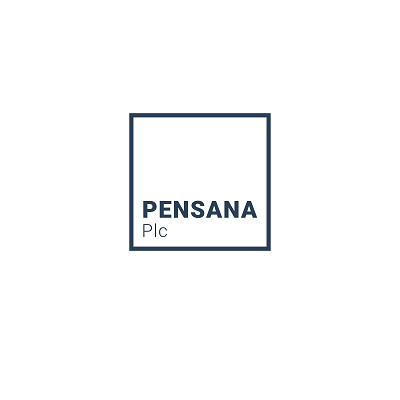 Following a record number of nominations by you, the mining industry, Resourcing Tomorrow is excited to announce the short-listed nominees for the ESG Awards brought to you by Mines and Money. This year’s nominees comprise a range of

Rare earths developer Pensana reports that construction is progressing well at both its Saltend rare earths processing hub, in the UK, and its Longonjo rare earths mine, in Angola. The enabling works for construction, which started in October, are delivering on

Vital pipework relocation is underway at the Saltend site for rare earth specialist Pensana, as it prepares for the main works to start early in the New Year. A contractor working on behalf of Yorkshire Water is moving

Following the Company’s operational update of 26 October 2022, Pensana Plc (LON:PRE) has now reported that Project Delivery Teams for each of the Saltend and Longonjo projects have moved on-site and have commenced the early construction programmes. Saltend At Saltend, the Company’s

Pensana chairman Paul Atherley has reflected on “considerable progress for the company” in its development of the world’s first independent and sustainable magnet metal rare earth processing hub at Saltend. It came as the company released its 2022 Annual

Rare earths developer Pensana has confirmed that it will predominantly focus its exploration efforts next year on the Sulima West carbonatite target, on the Coola exploration licence, in Angola. The target is located 40 km north of its Longonjo rare earths mine,

Liberum’s renewables analyst, Sam Wahab initiates coverage of Pensana plc (LON:PRE) with a BUY rating and a target price of £2.01 – a 230% upside from the current share price. Pensana is uniquely positioned to benefit from the

UK-based rare earths exploration and development company Pensana has entered the construction stage at its Longonjo neodymium-praseodymium mining project in western Angola. Pensana is investing up to $300 million for the development of the Longonjo mine and processing infrastructure and has

A year of considerable progress

Pensana plc (LON:PRE) has advised that the Annual Report for the year ended 30 June 2022 has been published on the Company’s website https://pensana.co.uk/Company-Reports/ The Notice of Annual General Meeting and Form of Proxy will be published on Pensana’s

Pensana moves into construction phase for both Saltend and Longonjo projects

Pensana plc (LON:PRE) has published the following Operational Update: Following the recent ground-breaking ceremony, the Project Delivery Teams for each of Saltend and Longonjo projects have been finalising the detailed construction and fabrication specifications for all critical path

Pensana plc (LON:PRE) has advised that its Chief Commercial Officer, William Izod, will be presenting at the 18th International Rare Earth Conference on 18 October 2022. The presentation slides have been published on the Company’s website www.pensana.co.uk.

The trailblazers pumping tens of billions into UK PLC

Despite the recent market turmoil, businesses in industry from energy to film-making are backing Britain. Keeping corporation tax rates at 19 per cent will unleash more than £5billion of additional investment, according to think-tank the Adam Smith Institute.

London-listed Pensana has signed a memorandum of understanding (MoU) for offtake of 25% of its yearly production of raw materials used for the production of magnet materials. Pensana says it is pleased to be entering into this strategic relationship

Pensana signs MoU for offtake of 25% of annual production

Pensana plc (LON:PRE) has signed a memorandum of understanding for offtake of 25% of annual production to supply critical raw materials for production of magnet materials needed to support the burgeoning demand for electric vehicles and offshore wind.

Electrification of motive power is forecast to become the biggest energy transition in history. Two of the biggest components of this transition are the phasing out of internal combustion engines in favour of electric vehicles and the rapid growth