·   Liberum appointed as joint broker to the Company

During the Quarter, the Company announced that it had appointed Wood Group to undertake a study into the establishment of an integrated rare earth processing facility in the UK with a view to creating the world’s first sustainable magnet metal supply chain.

Having progressed the design of the Longonjo project to include the production of a mixed rare earth sulphate, Pensana had the unique opportunity to explore the potential to make one further step downstream and to create additional value by establishing a rare earth oxide production facility in the UK.

This was followed by the announcement on 8 December 2020 that the Saltend Chemicals Park in the Humber Local Enterprise Partnership, Yorkshire, had been selected as the proposed site to build the UK’s first rare earth processing facility.

Post Quarter-end on 25 January 2021, the Company announced it had progressed further with the submission of a planning application for the proposed facility.

The US$125 million facility is anticipated to generate around 100 direct jobs once constructed and in operation. It is being designed by Wood Group to become one of the world’s largest producers of rare earth oxides, crucial components in the manufacture of powerful permanent magnets which are used in a range of growing advanced industries including electric vehicles and offshore wind turbines.

The application, which is expected to take up to three months to review, supports Pensana’s commitment to establish the world’s first fully sustainable mine to magnet metal supply chain in the UK.

The Saltend Chemicals Park is a cluster of world-class chemicals and renewable energy businesses including BP Chemicals, Ineos, Nippon Gohsei and Air Products. It is strategically located on the Humber estuary, a gateway to Europe and the UK’s busiest ports complex.

The 370-acre site has had £500 million of investment over recent years and is managed by px Group, a leading provider of services in complex industrial sectors.

The site provides ‘plug and play’ services with ready access to the port, a wide range of utilities, power, chemical supply, logistics and a large pool of skilled personnel with experience in the chemicals industry.

On 21 Dec 2020, the Company reported high grade rare earths in soils from the first sampling programmes completed at its 7,500 square kilometre Coola Project, located 16 kilometres north of its flagship Longonjo project in Angola.

The Company reported having identified several carbonatite and alkaline complexes within Coola with geological prospectivity for critical technology metal commodities that could complement future NdPr rare earth production from Longonjo.

Systematic soil sampling and geological mapping programmes were completed over two geological targets in October and assay results from the first, the Coola Carbonatite itself, were received.

Assay results received from the soil sampling programme show that a high tenor rare earth in soils anomaly extends over a wide area.

Soils contain up to 4.69% REO over an outcropping carbonatite ring dyke system that forms part of the 1.2 kilometre diameter Coola Carbonatite. The central part of this circular volcanic structure lies entirely beneath thick soil cover. Several 3 metre deep pits were excavated in the central area but failed to reach bedrock, so the potential for additional prospective carbonatite and the mineralisation potential remains unknown. Assay results from vertical channel samples of the pits are still awaited.

An additional soil sampling programme has been completed over the Monte Verde alkali, and carbonatite complex and assay results are expected shortly. Geological mapping and sampling of the large, twin centre Sulima alkali complex is planned for early 2021. A stream sediment sampling programme and geological reconnaissance of a series of geophysical anomalies has commenced and will continue.

The Company welcomed the appointment of Mr Grant Hayward as Exploration Manager during the Quarter.

Grant is an accomplished economic geologist and manager with extensive experience in the exploration for and evaluation of rare earth and associated commodities including phosphate, fluorspar and niobium. He has been involved with the evaluation of carbonatites in South Africa, Malawi, Namibia, Mozambique, Uganda, Zimbabwe and Tanzania as well as in a range of other commodities and geological styles including platinum, gold, base metals, graphite and industrial minerals. He has lead several resource definition programmes to NI43-101 compliant resources including the Zandskopdrift rare earth carbonatite project in South Africa.

Grant was on site at Longonjo recently to supervise the bulk sample drilling programme and is exceptionally well qualified to lead the geological team on its Longonjo development works and Coola exploration going forward.

Technical programmes to support the feasibility and detailed engineering studies for the development of Longonjo and a UK based rare earth refinery continued on site with a large diameter drilling programme concluded in early December.

Drilling was completed to provide feed for further optimisation and pilot plant programmes, supporting the Company’s expanded strategy of mining and processing operations in Angola and a UK refinery.

A total of 15 drill holes were completed using a specialised large diameter drill rig to provide representative bulk samples of weathered zone mineralisation from surface to 24 metres in depth.

100 tonnes of mineralisation from the areas of proposed first mining is being shipped from site through the port of Lobito to the Company’s test facilities in Perth, Australia.

On 9 October 2020 the company announced the departure of Dave Hammond who stepped down in his role as Chief Operating Officer and director of the Company.

On 2 November the Company announced the appointment of Rt Hon Baroness Lindsay Northover PC as a Non-Executive Director of the Company. Baroness Northover (66) was the UK Prime Minister’s Trade Envoy to Angola (2016-2020) and Zambia (2017-2020) and Africa Minister for the Department for International Development (“DFID”) (November 2014 – May 2015). She joined the Pensana Board as one of four independent Non-Executive Directors.

On 23 November the Company reported the engagement of Liberum to work alongside the Company’s existing advisors and brokers, with the brief to provide advice on how best to meet the growing demands from investors for sustainable investments.

Post quarter end, on 20 January, the Company announced that it had applied to the Australian Securities Exchange to be removed from the official list pursuant to ASX Listing Rule 17.11 while maintaining its primary listing under the stock code PRE on the main board of the London Stock Exchange.

Payments to related parties of the entity and their associates

Visual representations of the work above can be found in the release on the Pensana website under the following link:  https://pensana.co.uk/lse-announcements/ 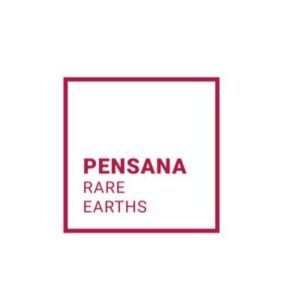 Building a robust magnet supply chain for the UK

The Advanced Propulsion Centre (APC) accelerates the industrialisationof technologies that will help to realise net-zero emission vehicles. It is at the heart of the UK government’s commitment to end the country’s contribution to global warming by 2050. Since

A £100 million chemical engineering project that is believed to become Europe’s first rare earth metals processing facility has been awarded planning permission. Rare earth metals are used for the manufacturing of magnets for wind turbine generators and electric vehicle

Pensana has adopted a business plan to seek to establish, subject to funding, a world-class, independent and sustainable supply chain of the rare earth metals vital for electric vehicle, wind turbine and other strategic industries. This involves establishing the

After a minor setback in 2020 due to disruptions arising from COVID-19, the rare earth elements market is expected to see a solid recovery in 2021, principally supported by activities by several national governments and global bodies to mitigate carbon

Pensana Plc (LON: PRE) has announced the Company has adopted a business plan to seek to establish, subject to funding, a world-class, independent and sustainable supply chain of the rare earth metals vital for electric vehicle, wind turbine

What are rare earth metals and what are they used for?

Until the late 20th century, rare earth metals were not familiar to many people outside the chemistry, geology and specialized engineering fields. But with the advent of modern technology, they have gained considerable visibility because of their specialized