Quadrise Fuels International plc (LON:QFI) has announced the execution of a phased Commercial Development Agreement with Valkor Technologies LLC headquartered in Park City, Utah, to commercialise Quadrise’s MSAR® and bioMSAR™ technology at Valkor’s projects in Utah state in the USA.

·    Valkor will deliver a crude oil sample from a heavy oil asset in Utah in which they have an existing equity interest (the ‘Primary Project’) to Quadrise.

·    Quadrise will perform analysis and testing on the sample to confirm that it is suitable to produce MSAR® and bioMSAR™.

·    Quadrise and Valkor will together and in the same time frame:

o  Negotiate supply agreements with identified target consumers of MSAR® and bioMSAR™ fuel to be produced by the Primary Project.

o  Finalise the technical and operational requirements and commercial terms for license and supply of QFI technology.

Full commercial terms for an MSAR® and/or bioMSAR™ License and Supply Agreement at the Primary Project would then be concluded no later than October 2022.

Under Phase 2 of the CDA, following the conclusion of a License and Supply Agreement covering the Primary Project, Quadrise intends to grant Valkor exclusive terms over the deployment of QFI technology in the State of Utah. This is expected to take the form of further Licence and Supply Agreement(s) or Tolling Agreement(s) for projects on which QFI technology is proposed to be deployed.

Net profits generated under the License and Supply Agreement(s) or Tolling Agreement(s) are to be shared between Quadrise and Valkor, based on the respective contribution by each party to the deployment of QFI technology for each project.

“We are delighted to work jointly with Quadrise to secure high value opportunities for our Utah heavy sweet oil projects, following the successful testing completed on oil sands samples from the pilot plant last year. The supply and licensing of MSAR® technology in Utah is conditional on securing the first opportunity for fuel supply and offtake, and we look forward to working closely with Quadrise during the coming months on this commercial opportunity.”

“The need for more economical and lower carbon industrial and marine fuels has never been more apparent. Quadrise is delighted to have executed this agreement and looks forward to working expeditiously with the Valkor team to conclude commercial agreements for supply of MSAR® and bioMSAR™ for identified projects.” 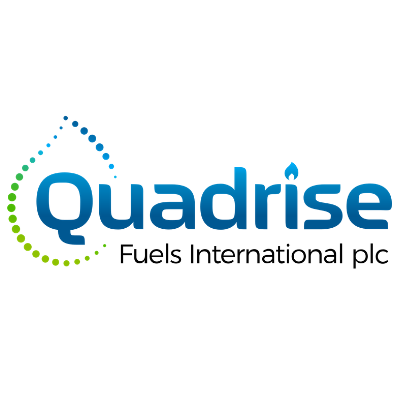 Accelerating the transition to net zero

Mexico’s energy sector has a problem. In order to satisfy the growing demand for high-value transportation fuels, such as gasoline and diesel, Mexico must import billions of dollars worth of these fuels each year. Imports alone are not sufficient

Quadrise has signed a new material transfer and cooperation agreement with its client in Morocco. The signature clears the way for an industrial demonstration test at one of the client’s sites, potentially leading to commercial sales of MSAR and/or

Quadrise Fuels International plc (LON:QFI), the supplier of MSAR® and bioMSAR™ emulsion technology and fuels, providing innovative lower cost and lower carbon alternatives to fuel oil and biofuels, has announced that, further to the announcement on 9 May 2022, it has

MSAR® is operationally and commercially proven as a marine bunker fuel in both 2- and 4-stroke engines. It can be supplied directly from candidate refineries and delivered to marine vessels using conventional infrastructure designed for marine fuel oil.

Low CO2 emissions – bioMSAR™ offers a 20% reduction in CO2 emissions compared to HFO. This is comparable with LNG use, but without the risk of methane slip, which is 21 times worse than CO2 as a greenhouse gas. Low cost implementation – an

Quadrise Fuels International – London-based residual oil technology licensor – says its on track to achieve commercialisation targets following ‘positive engagement with counterparties during the past month’. ‘During the past month, the board and management have conducted an

MSAR® delivers economic, environmental and handling advantages over conventional HFO. Where a refinery produces heavy fuel oil (HFO), some higher value distillate cutter stocks are diverted and downgraded to the fuel oil pool to dilute the bottom of the

Quadrise projects on track after Board review

Lower-carbon fuel technology company Quadrise said it was on track to achieve its commercialisation targets in an update on Monday, after a board review and “positive engagement” with counterparties over the last month. The AIM-traded firm said as a result,

Quadrise Fuels International is well on-track to achieve its targets

Quadrise Fuels International plc (LON:QFI), the supplier of MSAR® and bioMSAR™ emulsion technology and fuels, providing innovative lower cost and lower carbon alternatives to fuel oil and biofuels, has presented an update following a board review of the Company’s projects, operations and business

bioMSAR: Towards a net-zero future

The pursuit of a Net-Zero future has created a ‘space-race’ within the marine industry. Potential nearer term greenhouse gas (‘GHG’) savings, along with other environmental benefits, are being sacrificed as investment by the marine industry focuses on more

Quadrise Fuels International revealed the execution of a phased Commercial Development Agreement (CDA) with Valkor Technologies LLC to commercialise Quadrise’s MSAR® and bioMSAR™ technology at Valkor’s projects in Utah, USA.  Under Phase 1 of the CDA, to be completed by

Quadrise Fuels narrows loss and eyes revenue in second half

Quadrise has announced a phased commercial development agreement with energy services company Valkor Technologies to commercialise Quadrise’s MSAR and bioMSAR technology at Valkor’s projects in Utah. The agreement provides a framework for the potential delivery of the first

These are the zero-emission fuels to decarbonize the shipping industry

For shipping to decarbonize, fuels need to decarbonize. In order to be on track for fulldecarbonization by 2050, 5% of shipping fuels must be decarbonized by 2030. This is a tremendous challenge, as shipping falls outside the Paris

Quadrise made significant advances in the development of bioMSAR, its biofuel variant of MSAR during H122. However, progress on the three key trial programmes with potential customers was slower than management had expected because of factors outside the

Quadrise Fuels International plc (LON:QFI) has announced its unaudited interim results for the six months ended 31st December 2021 and provides an update on developments during the first quarter of 2022.    FINANCIAL SUMMARY ·      £5.6 million in cash reserves at 31

bioMSAR: Towards a net-zero future

The pursuit of a Net-Zero future has created a ‘space-race’ within the marine industry. Potential nearer term greenhouse gas (‘GHG’) savings, along with other environmental benefits, are being sacrificed as investment by the marine industry focuses on more