Sativa Wellness Group plc (AQSE:SWEL) Executive Chairman Geremy Thomas caught up with DirectorsTalk to discuss reaching a £1 million milestone in COVID testing, further testing facilities & their significance to the company and PCR testing during the summer.

Q1: Today’s announcement reports a £1 million revenue milestone, what’s that all about?

A1: At the back end of last November, Sativa Wellness Group repurposed two of our CBD retail stores into COVID testing clinics and we reported strong performance from those two clinics through the month of December.

We then went into lockdown and felt we were unlikely to repeat that level of performance but surprisingly we have continued to conduct tests and we have expanded the number of locations we operate from.

So, this week, we went through the £1 million mark which is £1 million worth of tests conducted and in fact, we’re accelerating fast. Yesterday, we generated £20,000 worth of revenue and we’re likely to do £400,000 this month.

A2: Yes, last time we spoke we had 10 centres, 2 of our own and 8 in-pharmacy facilities, we’ve expanded that now to 17 and 2 of those are new mobile clinics. So, they’re effectively converted out ambulances that we are able to deploy far more flexibly, for example, big sporting events, we can contract them out to operators.

Q3: So, how significant then is the target of 30 testing facilities?

A3: I think the significance is a mathematical one so it December, where passengers were able to travel internationally, our Bath and Bristol stores were averaging £8,000 a day, when we get to 30 stores, you can see that this would be a significant revenue opportunity for the business.  We think that travel restrictions will be lifted from April/May time and we should return to those conditions we experienced in December.

Q4: How long do you think this PCR testing revenue stream will last?

To get a valid vaccination passport, we’re all going to have had to have our second dose and I don’t think the majority of the population will be through that process until the end of August.

So, I think we’re going to have a busy summer and then Greece may choose to go down the vaccination route, other countries may stick to the PCR testing so I think this thing will run through the summer and beyond.

We are developing a suite of blood tests which we intend to offer following this period of activity which will tell people how effective their vaccines have been by giving them an antibody level. That, I think, will replace a lot of this revenues that Sativa Wellness Group is enjoying at the moment from PCR testing.

Q5: I also read that Spain will possibly be introducing at the same and with everybody wanting to go on holiday this summer, things could ramp up?

A5: I think things are going to ramp up significantly and that’s the message that I’m getting out today with you, thank you. 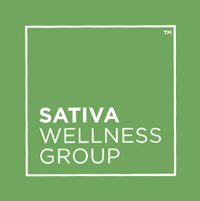 Sativa Wellness Group Q&A: Increasing range of services will have a positive impact on revenues (AQSE:SWEL)

Sativa Wellness Group’s Geremy Thomas discusses clinical roll-out, being listed on the government’s recommended testing partner list for return tests to the UK and how revenues are looking for the group in this exclusive interview with DirectorsTalk.

The benefit of a good night sleep

There is often confusion on where CBD comes from, whether it’s legal and would it cause any sort of ‘high’, yet alone make a difference for people who have trouble getting to sleep at the end of the

Sativa Wellness Group Inc. (AQSE:SWEL / CNSX:SWEL)Executive Chairman Geremy Thomas joins DirectorsTalk to discuss now being listed on the UK government website to offer 2 and 8 day quarantine tests. Geremy explains where they are with the clinic roll-out

Wellness is a concept we often find ourselves coming back to in our ongoing efforts to help people get healthy in the most natural way possible. Wellness to us means a state of physical, mental good health, which

Sativa Wellness Group plc (AQSE:SWEL) has announced that it is now listed on the UK government website to offer 2 and 8 day quarantine tests for travellers returning to the UK. The Return Tests are a significant addition to

How to pick a product: a guide to CBD lab testing

For millennia, the hemp plant has served many different uses–from healing rituals to manufacturing ropes and biofuel. The plant’s most well-known association, however, remains the intoxicating drug marijuana, which derives its potency from the THC components of the

What does CBD do?

Of course, the biggest questions surrounding CBD at the moment are “What does CBD actually do?”, “How will CBD make me feel?” and “What can CBD help with?”. If you search the internet you are sure to find

Drusilla Drusilla is very active but suffers with painful arthritis in both her hands and knees. As a result, her knuckles, especially on her right hand, are misshapen and painful.  According to Drusilla, “CBD oil drops help with