Touchstone Exploration Inc (LON:TXP) Chief Executive Officer Paul Baay caught up with DirectorsTalk to discuss how the funds from the recent raise will be used, rate of production at Coho, capacity at the Shell pipeline, plans for the rig deployment and their 2023 goals & exploration plans.

Q1: Paul, how will the funds be used from the placing in the UK and Canada?

A1: We raised $13 million and all of those funds have been earmarked to drilling. So, there’ll be a combination of development drilling at Cascadura and then a follow up well to our original well at Royston, which was our light oil discovery that we had last year. We’ve got enough funds to finish the projects to bring the wells on stream that we have already drilled.

So, these funds were just supplemental to get us to be able to get back in the field and start drilling so it’s a pretty simple raise for what we’re looking at.

Q2: What can you tell us about the rate of production at Coho?

A2: So, Coho came on October the 10th, and there were some up and downs at the plant we go through that’s operated by Shell. We’ve been able to keep that well up and down depending on whether or not Shell’s been running at full capacity or not.

The well seems to be levelling out about 9-9.5 million cubic feet a day, which is just a little bit below what we originally targeted, but part of that reason is we were backing out some of the gas that Shell was putting through their own facility so they’ve backed us down a little bit.

It’s been rock solid as far as the production base goes, and so I think we’re pretty happy with Coho. As a matter of fact, we’ve agreed internally now that we should probably look at drilling a development well there in the next coming years so we can take full capacity of that plant up to 24 million.

A3: No, the Coho pipeline, it can handle at least the 25 million a day that we’ve got at the facility so we’re putting through roughly call it 9-9.5 million a day, so we could double and that’s really the reason we’re looking at the development well as it would give us a second well that we could take that up to capacity. So, that’s the plan.

Coho, it wasn’t really a big step change for us when you compare it to Cascadura or some of the other things we’re looking at, it was more really a proof of concept, and I think now what we’re seeing is that proof of concept is actually for sure working.

Q4: What are the plans for the rig deployment and what’s going to be drilled there?

A4: Thanks to having this funds now, the rig will move over to the Royston well initially, that’ll be the first well that we go and look at drilling and it’ll probably be moved in early January. We actually put the mast up a couple of days to make sure everything’s good so we’ll line up the crew here in the remainder of the month, December, and probably right after Christmas, they’ll look to move into Royston.

At Royston, what we’ll do is, because this rig is bigger than the rig we had last time when we drilled Royston, we’ll drill it about 600 feet deeper, take full advantage of everything we learned the first time. When we’re done at Royston, the rig will go over to Cascadura, start drilling development wells at our Cascadura C pad, which is the pad to the Northeast, and that’ll basically be development drilling into the Cascara facility.

While that’s drilling, we can test Royston, when we’re done at Cascadura, the rig will come back over to Royston and start doing development drilling at Royston. S

It’s basically, these funds and the programme kick-off a continual drilling programme on the Ortoire block, which I think will happen for the next probably two or three years.

Q5: Just looking into 2023, what are the goals for Touchstone Exploration?

A5: So, the goals are really twofold.

Number one is to get the production on at Cascadura which should bring our production to somewhere around 15-17,000 boe a day in 2023. If we really get to these Cascadura development wells as quickly as we can, we could see that number get pretty close to 20,000 boe a day by the end of the year if we’re successful on that. That’s one of the reasons for raising the money as it accelerates that programme and gets us there quite a bit sooner.

The second part of that will be drill the exploratory wells and expand our acreage. We think there’s some really great opportunities to further expand our acreage position in Trinidad, both through the land sale and some other deals that we might be able to do.

Q6: Could you expand on the exploration plans for 2023?

A6: I think that the Royston well, although a lot of people may look at it as an exploration well, we did discover oil in that first well that we drilled there, it tested three zones, 34+ API on all of them. Independent evaluators gave that particular well about 3.5 million barrels of recoverable oil, up to about 165 million barrels of oil in place so I think the market’s looking at Royston as being an exploratory well, I think really what we’re looking at is as being as a proof of concept well, we think we’ve already discovered the oil.

So, from an exploration point of view, I guess that’s the first piece and then the other part would be underneath Royston sits this very large structure that we call the cretaceous, we call it Kraken. One of the other advantages these funds is it’s going to allow us to get back over to Royston, it might be as early as the end of 2023 to drill that very, very large anomaly that we see sitting below the current Royston structure in the cretaceous. Quite frankly, if that works, it makes everything else that we’ve done look small compared to what we’re looking at there.

So, there’s kind of this balance now in the drilling programme of combination of the exploration side plus the development drilling side, which we really haven’t had before so it talks about how the company’s transitioned.

Q7: Are there any opportunities to expand Touchstone’s existing exploration acreage?

A7: I touched on that a little bit. The onshore bid round that is coming up in January, January the 9th, the last one was 10 years ago so these don’t come up every month so you really have to be positioned.

There are some very interesting blocks, obviously I won’t give all the details because it is a competitive process, but I think there is a number of things within that fairway that we would be interested in picking up. I really want to emphasise that even on our existing lands, we’ve got 20 additional exploration opportunities so we will look at some of that acreage, but our real focus is going to be on the development and the exploration on our existing acreage. 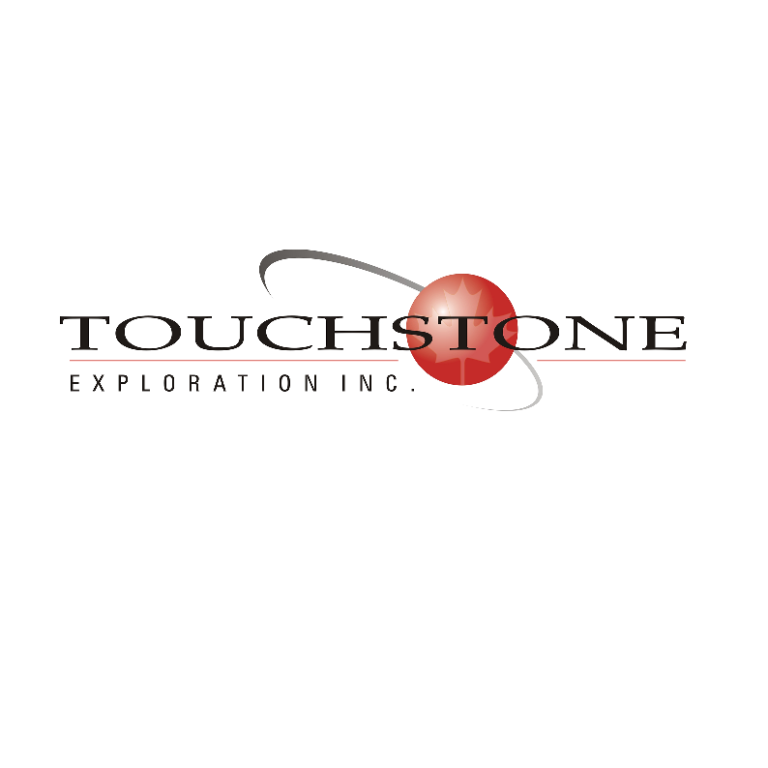 Trinidad and Tobago’s energy ministry plans to launch the competitive bid round for shallow water acreage this quarter. Minister Stuart Young made the announcement at the closing ceremony for the onshore and nearshore round. The government opened nomination for 23

Eight oil companies have submitted 16 bids to explore some eight blocks onshore and nearshore on offer in south Trinidad. This was revealed on Monday, when tenders were open at the Ministry of Energy in Port of Spain.

Touchstone Energy’s bid on five of the eleven land blocks offered by the Ministry of Energy and Energy Industries’ latest auction is an attempt by the company to build on its existing discoveries in the Ortoire block. Its

Touchstone Exploration Inc. (LON:TXP) has announced that its indirect wholly owned Trinidadian subsidiary, Primera Oil and Gas Limited, has entered into an Asset Exchange Agreement for the exchange of certain onshore Trinidad assets with Lease Operators Limited, a

This piece seeks to summarise the major happenings in the local sector for this past year. October: • The Ministry of Finance reported that taxes from the upstream for 2022 was estimated at 10.45 billion, while it was

Trinidad and Tobago still important for oil and gas

Trinidad and Tobago still has a very important position in the international oil and gas area. This from bpTT’s new regional president after his first two months in T&T. And, it comes even as this country is facing

Touchstone Exploration Inc. (LON:TXP) Chief Executive Officer Paul Baay joins DirectorsTalk Interviews to discuss placings in both Canada and the UK. Paul explains how the funds will be used, the rate of production at Coho, capacity at the Shell

Touchstone Exploration Inc. (TSX, LON:TXP) has announced that the Company launched a private placement in Canada at 5 p.m. EST on December 5, 2022 to raise a minimum of C$7.5 million (approximately US$5.5 million and £4.5 million) up

Jerome Dookie is now the chairman of the Energy Chamber of TT after former chairman Dwight Mahabir stepped down at the board of director’s annual general meeting in October. Along with Dookie’s appointment, the chamber elected its executive

“It’s probably the best package we have ever seen in Trinidad.” Those were the comments from the Chief Executive Officer (CEO) and President of Trinidad’s Touchstone Exploration, Paul Baay as he signalled the company’s interest in grabbing up

Touchstone Exploration Inc (LON:TXP) is a Canadian-based, international upstream oil and gas company currently active in the Republic of Trinidad and Tobago.

Dates & Location The Trinidad and Tobago Energy Conference takes place at the Hyatt Regency in Port of Spain from January 23rd – 25th, 2023 Background The oil and gas industry has a central role to play in

Canadian energy company Touchstone Exploration has announced that the Coho facility has safely delivered first natural gas, representing the first onshore natural gas project to come on stream in Trinidad and Tobago in over 20 years. The Coho

Touchstone produces first gas from Coho in Trinidad and Tobago

Touchstone Exploration Inc.’s Coho project has delivered first natural gas, the first onshore production to come onstream in Trinidad and Tobago in more than 20 years. Coho lies in Ortoire block, where Calgary-based Touchstone is operator with 80%

Canadian energy company Touchstone Exploration has announced that the Coho facility has safely delivered first natural gas, representing the first onshore natural gas project to come on stream in Trinidad and Tobago in over 20 years. The Coho