The clearance by the FDA of the Group’s IND application paves the way for the initiation of the Phase I PROTECT trial which will be run in the United States. The trial will include multiple cohorts beginning with healthy subjects, followed by peanut allergic patients who will undergo skin prick tests, and then peanut allergic patients who will receive subcutaneous injections. The topline data from the Phase I PROTECT trial in adult patients is expected in H1 2023, earlier than the originally intended data readout of Q4 2023.

Previously announced primary and secondary data from the VLP001 trial, an ex-vivo biomarker study which took place at Imperial College London, demonstrated a significant 24-fold reduction in basophil activation and histamine release, and reduced IgE binding capacity to B cells, compared to exposure to the major allergen Ara h2. This strongly suggests a promising safety profile with reduced potency to induce allergic reactions.

Analysis of the data also revealed that VLP Peanut has:

·      The ability to promote IFN- γ and Th1 cells and selected regulatory B cell subsets.

These data provide strong confidence in the beneficial immunologic mode of action of VLP Peanut – i.e., confirmation of an effective mechanism to promote class switching from the allergic Th2 pathway to the more tolerogenic Th1 pathway.

VLP Peanut is being developed as a novel VLP-based therapy for the treatment of peanut allergy. This novel immunogenic, protective, and non-reactogenic vaccine candidate is based on immunologically optimised Cucumber Mosaic Virus-derived VLPs (CuMVTT) with the major peanut allergen (Arachis hypogaea) (Ara h2) displayed on its surface. Patents behind the technology to treat peanut allergy with VLP Peanut have been granted in the US and are at the national phase in other territories.

Manuel Llobet, CEO of Allergy Therapeutics, stated: “We have achieved a key milestone with the FDA’s clearance of our IND application and look forward to advancing our innovative peanut allergy vaccine candidate into the clinic. We are now one step closer to bringing to patients a safe and effective short-course vaccine with the potential to provide long-term protection and a long-lasting protective immune response. I am excited to see the start of the PROTECT trial later this year.” 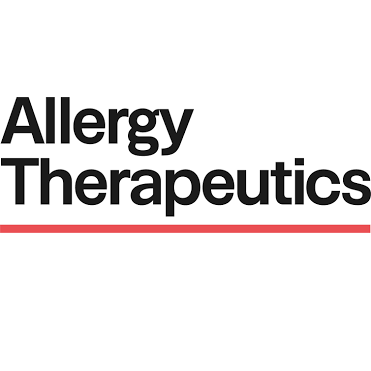 What is the difference between a food allergy, sensitivity and intolerance?

Health issues related to food have become a hot topic over the past few years, with people often wondering if they may have a food allergy, intolerance or sensitivity after having a reaction. While many people are aware

A combination of ragweed pollen and the start of flu season may make this week the worst of the year for allergy and asthma sufferers in the U.S., an experts warns. Dr Robert McDermott, a board-certified allergist and

A British gymnast who won a team gold medal in the European Championships almost did not compete after suffering an allergic reaction the night before. Courtney Tulloch, who trains in Basildon, Essex, struggled to breathe and his face

Food allergies in kids are on the rise, as it continues a trend seen for decades. According to the CDC, more than 8% of American children suffer from a food allergy, and peanut allergies have nearly tripled in

A mother has set up a support group for parents coping with child allergies, offering them a “safe place to share”. Mother-of-two Claire Stone, from Thorndon, Suffolk, started Pippa Friendly to help other families in the same boat

Every year, around one in five of us suffer from hay fever. That is over 16 million people in the UK and the problem is said to be getting worse as each summer passes. According to Natasha Allergy

Doctors today warned asthmatics and hay fever sufferers face a higher risk of deadly allergic reactions due to the current thunderstorms. The combination of high pollen counts and wet weather creates a phenomenon known as ‘thunder fever’ or ‘thunderstorm

Allergies in children have risen seven-fold in past 15 years

Allergies in children have soared seven-fold in the last 15 years, new research shows. Now four in every ten children are allergic to something and scientists are still trying to understand what is causing the dramatic rise. Britain has

Introducing your kid to new foods should be a fun experience, but there’s a hidden danger that can make taste-testing a disaster: anaphylaxis, or a severe allergic reaction. Many allergies are mild and only result in occasional sniffles,

The parents of a teenager who died from an allergic reaction to a takeaway meal have said they want to help save lives by telling their daughter’s story. Megan Lee, 15, suffered irreversible brain damage after being served

It is that time of the year again: the days are at their longest, temperatures are rising and exam season has come and gone. Unfortunately, unlike the Leaving Cert, which only causes pain and suffering over a three-week

Allergy Therapeutics plc (LON:AGY), the fully integrated commercial biotechnology company specialising in allergen immunotherapy, has announced its trading update for the year ended 30 June 2022 ahead of its Full Year Results to be announced on Thursday 29 September

More than 20 per cent of the population suffers from hayfever, making it the most common health condition in the UK. Hayfever is principally an allergic reaction to pollen, but can be triggered by other allergens such as dust mites, animal

Food allergy awareness week is an annual event that focuses on food allergies, giving people who are at risk of an allergic reaction the chance to talk to their healthcare providers and other professionals about what they should

Allergy Therapeutics plc (LON:AGY), the fully integrated specialty pharmaceutical company specialising in allergy immunotherapy, has announced that the Group will be sharing key scientific findings from across its research portfolio at the upcoming European Academy of Allergy and