Biome Technologies plc (LON:BIOM) Chief Executive Officer Paul Mines caught up with DirectorsTalk to discuss their video ‘Challenging Materials: Biodegradable Tree Shelters’, the scale of the challenge, the company’s answer to the problem and what’s next for the tree shelter project.

A1: Biome Technologies’ business model for its bioplastic business is all about developing new bio-based and biodegradable plastics for commercial applications and many of these projects take several years.

We thought it would be really useful for investors to have a behind the scenes look at how we approach this kind of challenge and we think this particular application is really quite interesting.

What’s more, it’s the first potential commercial application of some novel polymers that we’ve been working on for the last few years and we’re excited about being to debut talking about these.

Q2: So, what is the scale of the challenge the video is talking about?

A2: Well, it’s enormous, some 45 million trees are planted in the UK every year, mostly for commercial forestry use and the UK government has pledged to more than doubled that over the next few years as they try and mitigate climate change and achieve the UK’s target of being net zero by 2050.

I’m sure all of our viewers have seen tree shelters before, they are those green plastic tube that you see in their thousands by the side of new roads around saplings. They’re modest looking pieces of plastic but they’re highly functional, they’re essential to the growth of new trees.

Without tree shelters, about a quarter and 95% of newly planted trees would die; eaten by rabbits, mice, deer etc, so they’re essentially to making sure that any tree planting is really productive.

Q3: What’s actually wrong with the current tree shelters that we have?

A3: Nothing is wrong with how they work, they do a great job of planting trees and protecting trees but the problem is that at the end of their normal working lives, and that’s normally 4-6 years, about 85% of those tree shelters are left in the environment rather than being collected. They’re often broken, difficult to find, partly buried in the soil and so we think about 16 million of those tree shelters are left in the UK countryside every year and that’s some 2,500 tonnes of plastic ending up in the natural environment and ecosystem. With the extra tree planting that the government plans to do, as I said earlier, this will grow over 4,000 tonnes a year of plastics being left in our environment unless we help the forestry industry change their approach to this.

Q4: What is the company’s answer to the problem then?

A4: We’ve teamed up with a UK company called Suregreen, they’re a manufacturer and supplier of high quality landscaping and horticultural products and particularly tree shelters, and with them we’re testing a new generation of environmentally-friendly biodegradable tree shelters.

It’s a product that’s design to function like a conventional tree shelter for those first 4 or 5 years but then, in years 5-7 to completely break down by the bacteria in the soil naturally leaving only carbon dioxide, water and a few naturally occurring minerals.

Q5: It does sound like a tough technical challenge, can you explain a little more detail about it?

A5: It’s certainly not a trivial task and the performance required is tough and the timescales involved are long . I think probably the best way to get behind the detail of how we approached it is left to the video, it’s only 4 minutes long and it gets behind the approach that we’re taking and it’ll be tagged with this interview.

Q6: Now, you said earlier that this is the first potential commercial application of some novel polymers that you’ve been working on over the last few years. Can you tell us more about that?

A6: As part of our research programme, we’ve been working with various UK universities for about 6 years on a novel new family of bio-based polymers and we’ve been trying to make these polymers using leading-edge biotechnology techniques.

The universities we’ve been working with are Nottingham, York, Liverpool, Leeds, Warwick, and a few others, and over that time some £6.5 million of investment has been directed at this challenge.

We’re now starting, at last, to see some interesting results and we’re hard at work at increasing the scale at which we can make these materials and this development of biodegradable tree shelters, it’s that first application where we can start using small quantities of these materials to really get the effect that we want.

So, this whole collaborative group is really pleased to see these materials emerging from the lab.

Q7: It sounds like you’re really enthusiastic about it, what’s next on the biodegradable tree shelter project for Biome Technologies?

A7: We’ve already started some small-scale field trials, or ‘forest trials’, with some initial prototypes and we expect to scale that up into the thousands into a more comprehensive series of long term trials throughout different environments in the UK this year.

Really, as you say, excited to be working with Suregreen and the forestry industry to ensure that future tree planting that we expect in the UK is both productive and sustainable as well. 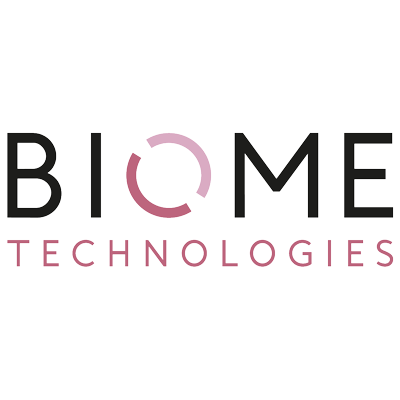 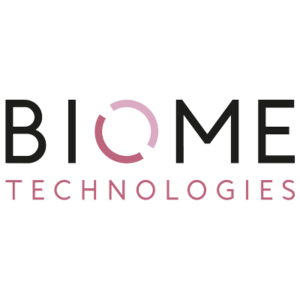 For South Korean artist Ryu Jong-dae, it’s important that his works not only push the envelope of modern design, but also explore environmentally friendly choices.  “The resources that we use now are finite, so I think artists should

Can bioplastics save us from drowning in our own waste?

Ever since Prime Minister Narendra Modi called out against the use of single-use plastics (SUPs) in his 73rd Independence Day speech, stakeholders have been holding their breath waiting for the other shoe to drop. Approximately 25,940 tonnes per day

The bioplastics industry: Where it is and where it’s going

Even though it is likely to remain a niche, the bioplastics industry should see significant growth over the next five years. That’s due largely to two reasons. The first is environmental. Bioplastics typically have two environmental benefits: a

Bioplastics: The evolution of polymers

From their inception over 100 years ago, plastics have become indispensable to our daily lives. In 1907 Leo Baekeland added phenol to formaldehyde to form Bakelite. Leo became a very wealthy man and the world became a very

Industrial biotechnology has the potential to significantly reduce CO2 emissions. By embedding biotechnology at the heart of industrial processes and products, it can help to support the UK Government’s target of doubling the bioeconomy to £440 billion by

Biome Technologies’ Paul Mines discusses final results, growth in the bioplastics division, tree guards and the outlook for 2021 in this exclusive interview with DirectorsTalk.