Immotion Group plc (LON:IMMO) Chief Executive Officer Martin Higginson caught up with DirectorsTalk for an exclusive interview to discuss H1 results, their new zoo experience, a solid six months of profit, progress with Let’s Explore Oceans, Vodiac, Uvisan, cash generation and whether they can continue to grow at such a fast pace.

Immotion Group aims to be a leader in the western market sector of the out of home virtual reality market with the objective of creating recurring revenues from a large install base of virtual reality headsets across partner sites and ImmotionVR experience centres. With me today to discuss this morning’s interim results is Chief Executive Officer Martin Higginson.

Q1: Martin, you must be very pleased with H1 results, especially given the fact that the first quarter we were still very much in lockdown restrictions and to achieve to near breakeven results is pretty amazing. Add to that the Q3 performance, you must be thrilled. What’s driven this tremendous turnaround?

A1: To get where we’ve got to in Q1 and Q2 is really an amazing result. Quarter one, we lost a couple hundred thousand pounds, but obviously that’s to be expected, we were still very, very much in the throes of lockdown. Quarter two, was a meaningful seismic change for us, our locations started opening again, and it was really those locations opening, and opening very rapidly, in Q2 that actually allowed us to get to a breakeven position for the half year.

So really, really pleased, it’s a great position to be in for the company, especially having been through such a torrid time over the last 18 months.

Q2: Now, I see that you’ve launched a new zoo experience. Can you tell us more about that?

A2: We have the team out in Africa, in Rwanda, filming a brand new user experience, we’re really, really excited about this.

We’ve had a lot of inbound inquiries from zoos, I think it also gives us the chance to really get on the front foot with our mission in terms of being at the sort of bleeding edge of conservation, filming things that people are just not able to see in a zoo or an aquarium environment.

So, this will be another world first for us, it will be a fantastic product and we’re going to launch it at a trade show in the US in the next couple of months, so exciting times.

As I said, I think for zoos, this will be a great product for them, it will allow that their customers and visitors to see something that you would never be able to see within the zoo environment.

Q3: I also note that come the end of this month, you’ll have recorded a solid six months of profits. What are your thoughts on the rest of the year?

A3: First of all, to actually have six months of solid profitability under our belt is a great feeling. Obviously, leading a company that is profitable and continues to make profit is a much better place than, than where we’ve been.

So first of all, I’m thrilled, we’ve got an amazing team here, we’ve come through some difficult times, not only have we kept the team together, we’ve actually, I think, thrived, and prospered during this period. As we’ve come out of the pandemic, we’ve come out very, very quickly, we’ve made sure that all of our locations are up and running, having been mothballed for 18 months.

Q4: You state that you’ve seen growing sales from your Let’s Explore Oceans product, you must be thrilled at how this new division has evolved?

A4: Yes, it came very much out of the pandemic, we were closed in our locations, we needed to look at not only what would keep morale high, keep the team together, but also what else would we do without the assets that we had.

We came up with the idea to do Lets’ Explore Oceans, it was a great product, we got it launched very, very quickly, it came from sort of conception to reality within 12 weeks last year, we sold 11,000 units in the UK and generated circa £1 million of sales so it was a great start.

This year was really about building on those foundations, where else could we sell this in the world? How could we get it onto Amazon? How could we improve our distribution centres?

So I think as we look forward to Q4, the busiest period, we’re very well equipped and we’ve made sure that we’ve got stock in place. There’s been all the usual challenges around logistics with that, but we’ve done our best to make sure that the stock is in the right place and we can fulfil people’s orders for what we expect to be a very, very busy Christmas period.

Q5: Can you tell us a bit more about Vodiac?

A5: The Vodiac is really as a result of feedback from Let’s Explore Oceans customers. When we sold the product last year, the main observation from customers was that they wanted to see more content. When are you going to launch something new? Can we download more?

We’ve listened to that and this year, we’ve had the team looking at not only finishing some experiences that we had in our own arsenal but also where else can we source experiences. So, we’ve managed to source a lot of amazing experiences from adrenaline sports to nature and discovery, to relaxation and wellness to city tours so we’ve got a lot of new content.

We’ll do this at a very aggressive pricing, we want to build audience share, we want to get something that is really an impulse buy, rather than just the occasional birthday present or a Christmas present as we maybe hadn’t had with Lets’ Explore.

So, this will sit alongside Lets’ Explore Oceans, but it is very much priced to go, it has got a much broader channel base so hopefully a much broader audience and with the pricing that we’re doing, it’ll be sub-£50, we’re hoping to build a sizable audience on a global basis quickly.

You’ll be able to rent additional movies and videos for a nominal sum so for the first time, we’re starting to build recurring revenues into that home-based entertainment division.

Q6: Your Uvisan product with 64 cabinets going to the NHS, it’s got a smile on your face on how it’s all been developed. What are your thoughts for the future for this part of the business?

A6: Well, first of all, it came out of lockdown as very much an accidental hero, we had to devise something that could cleanse headsets for ourselves. So again, an amazing team, we gave them the challenge, they reacted and excelled and came up with a great product that is now endorsed by the likes of Hewlett Packard, we’ve got recognition from the likes of Microsoft. So we’re really up there in terms of something that is of quality.

To have something like the NHS order 64 cabinets from us is just another tick in the box. I think what’s happened here is that we’ve been able to create a business within a business, it’s very solid, generates good cash for us, and I can see continued growth from this. The cash generation from this business will allow us to invest both in the location-based division and our home-based division.

So, yes, it’s absolutely fantastic, great work by the team and it’s really nice to have something that is, as I said, developed as an accidental hero.

Q7: You mentioned good cash generation, especially for Q4, what are your plans for the cash that’s being generated?

A7: First of all, to be in a position where we’re actually generating cash is a great position and the majority of our EBITDA revenues now are turning into cash so we can actually use those to invest in new locations and some more home based development.

Really the growth in Q1 is going to come from our locations, we want to open more zoos, we’ve got those earmarked and we’ve got inbound inquiries. It’s now about doing the due diligence on those zoos, making sure that we choose the right partners and the beautiful thing with zoos and aquariums is that they’ve already got lots of footfall so we’re looking for partners with plenty of footfall. We now know, having done a number of larger theatre style installations, what percentage of that footfall we can convert into paying customers.

So, we’re getting more and more data coming through that allows us to plan with a reasonable degree of accuracy as we move forward.

Q8: Now, it looks as though Immotion Group is developing into a great immersive entertainment company in what’s really still an embryonic market. Delivering profits so quickly is a major achievement but can you continue to grow at that kind of speed?

A8: We’ve never let ambition get in our way so we are, as a team, uber ambitious, we come out fighting after the pandemic, we’ve delivered profits very, very quickly post-pandemic and we’ve got some big plans for the business, as you touched on before.

We see this developing into an immersive entertainment group, we see that the world is going to change, there’s going to be a need in locations to give visitors the ability to see animals that they can’t see in captivity in VR, in 360 degree vision so I think that’s a real tick in the box.

The home-based stuff, again, we’ll continue to develop Let’s Explore, we’ll broaden that, but with Vodiac, we can offer the seven channels to the consumer so a much broader offering.

So, we’ve got plenty of ambitions, we’re planning this carefully and methodically so it’s not about sort of overtrading, this is about really planning with military precision.

I think we’ve got a lot of things in place, but to be doing that from a profitable base, feels very good at this moment. 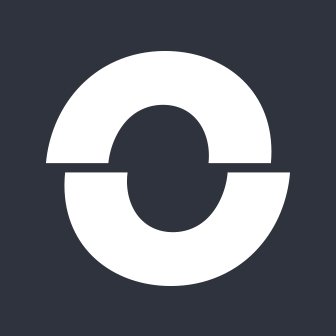 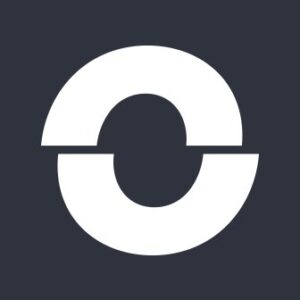 So much more than just entertainment Enter a truly immersive world of discovery with family-friendly educational experiences for ocean explorers. Dive into an immersive world of exploration and discovery. Swim with humpback whales and sharks; get up close

Turnover has surged and pre-tax losses slashed at a Greater Manchester-based virtual reality (VR) group which works with the likes of The 02, the owner of Alton Towers and The Blackpool Tower during the first half of its

ImmotionVR has always been at the cutting edge of technology, animation and virtual reality; with an Emmy Award-winning team of documentary filmmakers and CGI artists working out of studios in Los Angeles and Manchester. ImmotionVR is a new kind of

Immotion Group PLC (LON:IMMO), the immersive entertainment company, will release its interim results for the six months to 30 June 2021 on Tuesday 28 September 2021. Additionally, the Company has changed its registered office address to an office

The increased adoption of Augmented and Virtual Reality

Augmented reality (AR) and virtual reality (VR) have seen a significant rise in popularity in recent years, including applications catalyzed by the pandemic due to social distancing restrictions. Once considered niche products in the entertainment and gaming industry,