Premier Miton Trust seeking to generate a good and growing income for clients over the longer term (LON:PMI)

Premier Miton Investors plc (LON:PMI) Head of Equities Gervais Williams caught up with DirectorsTalk for an exclusive interview to discuss his view on the markets throughout 2022, the outlook for Miton UK Microcap Trust and the Diverse Income Trust and the reasoning behind picking some of the largest holdings in the portfolios.

Q1: As we start the new year, what’s your view on the markets and the various forces at play throughout 2022?

A1: I think when we look back over the last couple of years, we’ve seen some major economic challenges; we’ve had the pandemic, we’ve had a global recession, we’ve seen some inflationary pressures recovering but what has happened is actually equity markets have performed very strongly. I think that’s really down to a very substantial amount of financial stimulus and indeed low interest rates through the period.

So, from that point of view, I think we’ve got a slightly mixed pattern going forward, I think markets will struggle to deliver the returns they’ve delivered in the last couple of years.

Q2: Now, you personally manage two investment trusts, the Miton UK Microcap Trust plc (LON:MINI) and the Diverse Income Trust plc (LON:DIVI). Given your views on the outlook, why do you think investors may be interested in your funds at this time?

A2: What’s been interesting about the last decade or two really is that we’ve seen a very long period of very strong growth, from China in particular, world growth has been relatively good and that’s meant that earnings growth across many businesses has been pretty good over the last 10 or 20 years.

I think when you combine that with this surge of low cost goods, which has come into countries like the UK and other developed markets and we’ve seen that offsetting any inflation pressures, it’s meant that interest rates, and particularly long dated bond yields, have moved to very low levels i.e. the valuation of bonds has moved to very high levels and that’s driven up the valuation of assets.

So I think the long period of rising earnings and more favourable valuation metrics has been a very good period when actually all stock markets around the world pretty much have had a pretty good period of returns.

I think going forward, I think those tailwinds are coming to an end and I think that markets themselves may not produce much return. I think this is probably a time when active managers are selecting stocks to enhance return and the management of risk so there’s less downside risk potentially in some of the funds is particularly important and I think that’s going to become a more relevant factor in selecting funds for the future.

Q3: Just looking across some of your larger holdings, you’ve had a fantastic track record of picking stocks that deliver strong share price performance. Some of the largest holdings; K3 Capital, Kenmare Resources, Jubilee Metals and recently IPO’d Saietta Group, can you talk us through the reasoning behind picking those stocks?

A3: The main issue is that when we select stocks, we look for stocks which are going to generate abnormal cash surpluses. If we’re lucky enough to pick correctly, then those companies, as they generate that cash, pay not just good dividends but growing dividends. It’s a feature of the Diverse Income Trust that we’re seeking to generate a good and growing income for clients over the longer term.

In the case of K3 Capital (LON:K3C), it’s not just that the company has been successful but what’s interesting as a quoted company, they were able to make acquisitions at difficult times, they’re made two or three acquisitions, which they described as transformational back in July of 2020. Clearly the markets were lower, they had two issues from shares at a lower level, but what’s been interesting is that subsequently those companies have actually generated enhanced cash for the business as a whole. That’s meant that dividend growth has been very strong and the share prices have tended to perform for that reason.

Kenmare Resources (LON:KMR) is a different example. Kenmare is a mining business, it’s involved in ilmenite and ilmenite is the core ingredient in paint. It’s a fairly stable market but they’ve been investing for many years to bring their new ilmenite mine on stream, it’s in Africa, and most particularly as that’s come on stream, a lot of the return on the investment they’ve been making a lot 15 years has come through. That company, again, has generated plentiful surplus cash and has seen dividend growth and share price performance as a result of that.

Taking a look at some of the smaller companies you mentioned, things like Jubilee Metals (LON:JLP) and Saietta Group (LON:SED).

Jubilee is a company which has been overlooked for many years, it’s been a company which has been taking a previous old mining tailings. These are mines which might have been operating perhaps 50 or 60 years ago and whilst in those days they took out as much metal as they could, they’ve still got quite a lot of metal in those oars. Clearly, they’re slightly polluting in that they’ve got heavy metals and they’re on surface so they go around various countries in Africa, Zambia, South Africa, they take those old ore dumps and they refine the metals out of them. That tends to clean up the sites, it generates a very substantial cash balance for them and that’s been interesting in that that company itself has also benefited from the rise in commodity prices over the last couple of years. So, generally again, very substantial cashback payback on previous returns and that in time, we expect to be reflected in dividends.

Saietta is a slightly earlier stage business, it’s a business which was listed in the middle of last year, middle of 2021. It’s a business which is involved in electric motors, specifically it’s a business where we believe that it’s electric motor could be very applicable, particularly to some of the developing markets such as India. As you know, India and other developing markets often have a problem with smog in the centre of their cities and that’s particularly related to the use of moped engines. The Saietta engine looks as though it could be well positioned to help the local moped manufacturers to manufacture electric engine, obviously less smog. Most particularly, as that starts to come through, then we believe that it’ll generate both substantial cash.

Once again, though, it’s worth emphasizing that they were lucky enough being a quoted company to take advantage to the weakness of others. As you know, Evergrande, the Chinese company has had financial problems and they actually bought a competitor of Saietta some years ago and Saietta have actually been able to acquire that from Evergrande for a very low entry price, much, much lower than the price that Evergrande paid for it. So, they’ve improved their market position by buying an asset from a distressed seller at a very low entry price, again, hopefully enhancing of not just growth prospects but also ability to generate cash. 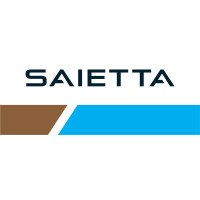 This year is forecasted to be the second strongest year for industrial platinum demand on record, with a ten percent increase to 2,316 koz, despite the challenging economic conditions. The forecast is rooted in strong and diversified foundations,

A year ago, Saietta Group plc of Upper Heyford, UK was fully engaged in making electric powertrain components for two-wheelers and microcars. It had a partner in India and was experiencing sales success with revenues of GBP795,000 for the six

London copper jumped to a more than six-month high on Monday, while most other base metals also rose as demand prospects brightened after top consumer China reopened its borders. Three-month copper on the London Metal Exchange CMCU3 was up 1.1%

Jubilee Metals, a metals-processing company, said it has made significant progress in the development and ramp-up to commercial level of “new extractive methods” for the recovery of copper and cobalt from historical waste at its Sable refinery in

A Dutch offshoot of the UK axial-flux motor developer Saietta is about to start production of an electrically powered outboard motor for boats that, it believes, will pose a significant challenge to traditional outboard engines, especially as emissions

Jubilee Metals has finished the upgrade of water infrastructure at its Roan Project in Zambia — which hampered the production levels of the metals processing company — but believes it will not be unleashed. “The installation of the

To the future with the Saietta axial flux motor

There are 300 million vehicles on India’s roads. The light-category vehicles like mopeds and tuk-tuks are rapidly being electrified, an opportunity that British company Saietta is aiming to capitalise on. Saietta is developing e-motor manufacturing capability at scale

Aim-listed metals processing company Jubilee Metals Group’s Inyoni platinum group metals (PGMs) processing facility, in Gauteng, has successfully increased its operational output, subsequent to the completion of its capitalisation and expansion programme in March. This is based on

Jubilee Metals Group plc (LON:JLP), the AIM and Altx traded metals processing company, has announced the successful completion of the water infrastructure upgrade at its Roan Project and continued advances in the production of cobalt and copper from waste at

Saietta Group’s Vic Kist and Tony Gott discuss a shift in strategy, ConMet collaboration, progress since IPO, its first major OEM contract, the target market, their Sunderland factory and the key milestone investors should look out for in 2023 in this exclusive interview with DirectorsTalk.

Copper prices rose on Tuesday on optimism after data showed that the rapid rise in consumer prices is slowing in the US. Copper for delivery in March rose 3.1% on the Comex market in New York, touching $3.92